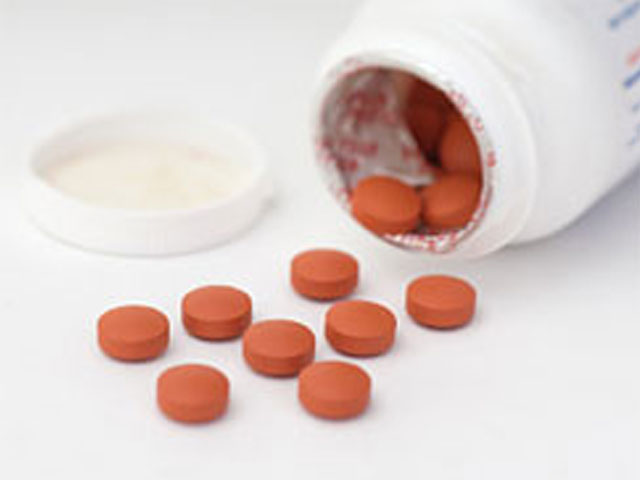 Common painkillers, including ibuprofen, might slightly reduce your risk of developing a form of skin cancer, researchers say.

But Olsen and other experts aren’t ready to recommend popping these or other nonsteroidal anti-inflammatory drugs (NSAIDs) to prevent skin cancer. For one thing, these drugs are associated with risks of their own.

“Don’t rely on aspirin or other nonsteroidal anti-inflammatory drugs to protect your skin,” said Dr. Joshua Zeichner, director of cosmetic and clinical research at Mount Sinai Hospital in New York City, who wasn’t involved in the study.

About 2.2 million Americans are diagnosed with either squamous cell or basal cell skin cancer each year, according to the American Cancer Society. About 20 percent of these skin cancers are thought to be squamous cell.

The cancers normally appear on parts of the body exposed to the sun, and are often easily removed. They rarely cause death.

Olsen said scientists have wondered about the ability of certain painkillers to prevent skin cancer because researchers believe the drugs might have cancer-fighting powers for other kinds of tumors.

The painkillers reviewed included aspirin, in addition to ibuprofen and naproxen. These drugs treat pain and reduce inflammation, although they can also cause serious side effects such as bleeding in the digestive system.

For the study, published Dec. 18 in the Journal of Investigative Dermatology, the researchers combined the results of nine existing studies. They determined that use of these kinds of drugs -- except aspirin -- might reduce the risk of squamous cell skin cancer by 15 percent, Olsen said.

“The analysis also suggested decreased risk of squamous cell cancer associated with aspirin use,” Olsen said, “but this finding was not statistically significant.”

The association between the painkillers and reduced squamous cell cancer risk was most pronounced in people with potentially pre-cancerous growths known as actinic keratoses or a history of skin cancer. However, the association seen in the study does not prove a cause-and-effect relationship.

The researchers think the painkillers may lower the risk of skin cancer by disrupting the activity of proteins that contribute to swelling and the development of tumors, Olsen said.

However, she added that more research is needed into issues such as the proper dosage before recommendations could be made.

Zeichner said patients wondering whether they should take a painkiller to prevent skin cancer due to a history of skin damage and skin cancer should talk to their doctor about it.