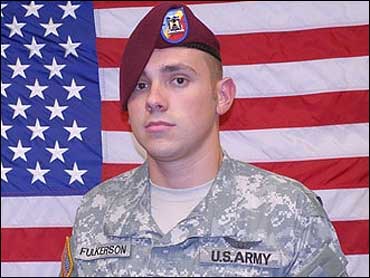 He's running against a nationally known and popular U.S. senator who far outpaces him in the polls and in fund-raising. He was booed at his own state party convention because of his support for abortion rights. So if you were Rep. Tom Campbell, would you seek to cause a potential stink at next week's Republican National Convention over this same issue, in front of a national audience?

The Republican from San Jose recently sent a letter to federal and state lawmakers nationwide who advocate abortion rights. Campbell wrote that during his stay in Philadelphia, where the convention will be held from July 31-Aug. 3, he intends to "send a message to the American people that there is a home in the Republican Party for those who support a woman's right to choose." He encouraged the other lawmakers to do the same.

He told CBSNews.com that his goal is to "present a diverse face of the Republican Party and prevent a characterization (that Republicans) are of one view on this most important issue." By doing so, Campbell hopes to counter the negative perceptions of the GOP he says the Democrats will foster at their own convention.

Campbell plans to speak to several state delegations in support of abortion rights. He also requested to address the convention, but has not received a reply. He added he does not know of any Senate candidates who are currently on the speaking schedule.

But the congressman dismissed suggestions he is seeking publicity for his own campaign against Sen. Dianne Feinstein. He wrote in his letter that in the state of California "a Republican candidate simply cannot win a statewide contest without the support of pro-choice voters." Polls indicate seven in ten Californians support abortion rights, as does Feinstein.

"Win, lose or draw, whether it's right or wrong or to my political advantage, it's something I believe in," said Campbell, who risks sacrificing part of his Republican base. "What wins the race for me is the sense that I'm my own person."

A poll released this week by the Associated Press found that 45 percent of California delegates to the Republican convention oppose the current platform language seeking a constitutional ban on abortion, while just 15 percent support it. Los Altos Hills Vice-Mayor Toni Casey is among the Golden State delegates who support abortion rights, and she has been appointed to serve on a key subcommittee which deals with family issues in the GOP platform.

Still, said Campbell, "I don't expect the platform will change." While he thinks most self-described Republicans support abortion rights, he doesn't think the same is true of most convention delegates.

Neither does Kam Kuwata, campaign manager for Sen. Feinstein. "I think (Campbell) will have no impact at the Republican convention," Kuwata said. "Gov. ush already has demonstrated with his selection of Dick Cheney, where he stands on this issue." Both Bush and Cheney oppose abortion rights.