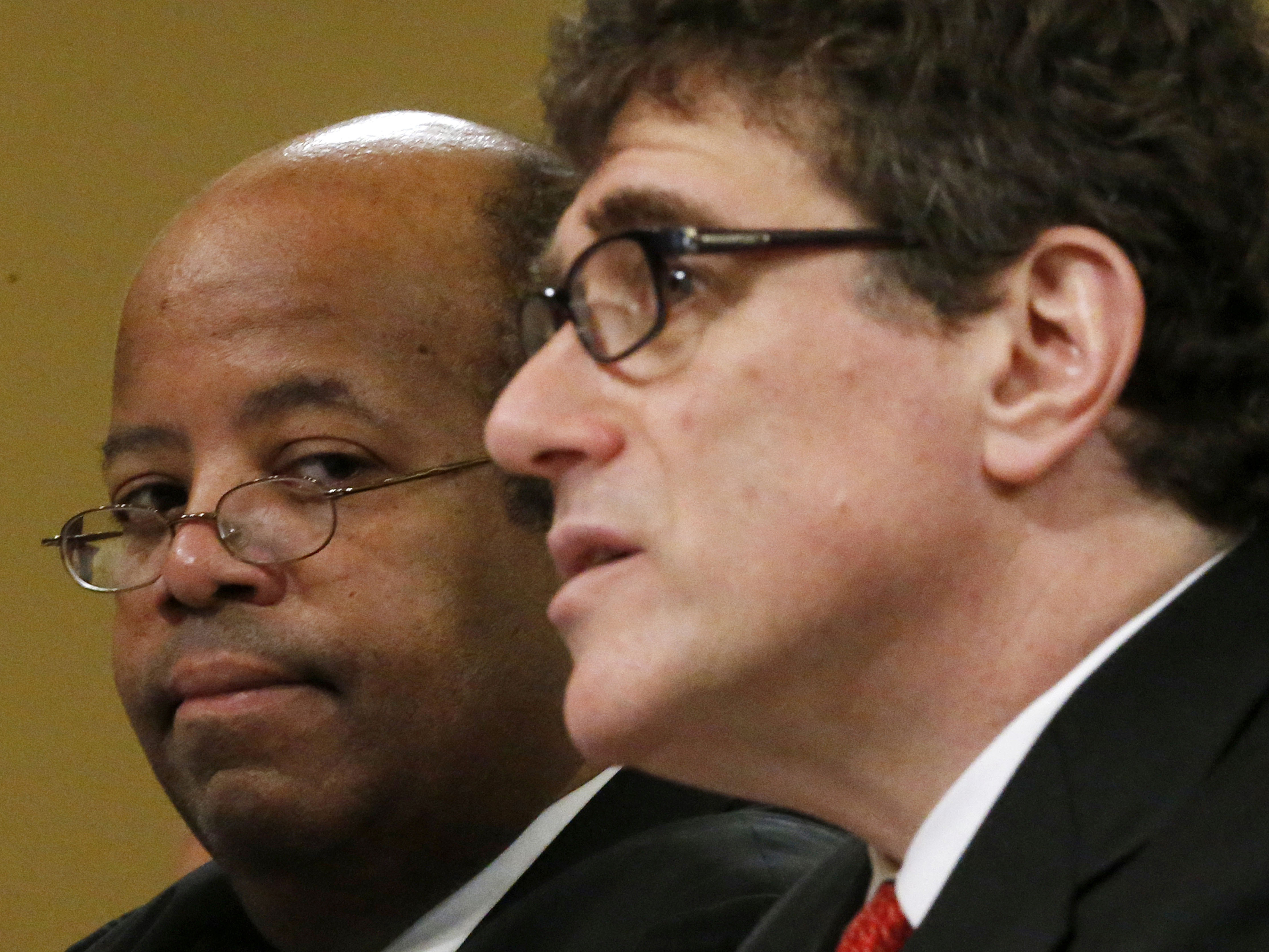 Amid Republican criticism over alleged discrimination in IRS targeting practices, acting IRS commissioner Steven Miller on Friday apologized on behalf the agency for "the mistakes that we made and the poor service we provided," but he said he did not think partisanship drove the practices now under investigation. Miller also insisted he did not "mislead" either the American people or Congress.

"First and foremost, as acting commissioner, I want to apologize on behalf of the Internal Revenue Service," Miller said. "Partisanship or even the perception of partisanship has no place at the IRS. It cannot even appear to be a consideration in determining the tax exemption of an organization."

Public questioning over the controversy began Friday morning in the House Ways and Means Committee, where Miller and J. Russell George, the Treasury Inspector General for Tax Administration (TIGTA), faced questions about an internal policy whereby the IRS targeted for higher, often burdensome scrutiny conservative groups seeking tax-exempt status. Earlier this week, TIGTA released a report detailing the implementation of these practices by IRS officials. Republicans have suggested the IRS was acting with political motives, and President Obama announced this week that his administration had requested and accepted Miller's resignation. He will continue to serve until early June.

Miller acknowledged that the IRS had used improper practices in assessing tax-exempt applications, but he vehemently denied any political motives by the part of IRS officials.

"I do not believe that partisanship motivated the people who engaged in the practices described in the treasury inspector general's report," he told the Ways and Means Committee. "I think that what happened here was that foolish mistakes were made by people trying to be more efficient in their workload selection. The listing described in the report, while intolerable, was a mistake and not an act of partisanship."

According to George, the I.G. report found evidence that the IRS was targeting conservative groups for higher scrutiny; was delaying tax-exempt applications for those groups; and was requesting unnecessary information when scrutinizing those applications. But both George and the report indicated there was no evidence the practices were driven by political motivation.

Miller, a former deputy commissioner who replaced former IRS commissioner Douglas Shulman late last year, delivered congressional testimony about the agency's process for dealing with tax-exempt applications in July 2012, two months after he reportedly learned of the IRS's targeting policy. In his testimony, he did not mention the agency's heightened scrutiny for the applications of conservative groups. Instead, when asked about complaints of being "harassed" from politically active groups, Miller said the IRS "did group those organizations together to ensure consistency, to ensure quality," but he did not state that they had been specifically targeted by political affiliation for higher scrutiny.

On Friday, Miller insisted he had answered "truthfully" all the questions he had been asked at the time.

"I did not mislead Congress nor the American people," Miller said. "I answered the questions as they were asked."

He also denied the implication that Shulman, who in March 2012 testified that there was "absolutely no targeting" taking place at the IRS, had been untruthful to Congress.

"It was incorrect, but whether it was untruthful or not -- look, when you talk about targeting... it's a pejorative term," he said. "What happened here is that someone saw some tea party cases come through. They were acknowledging that they were going to be engaged in politics. This was the time frame in 2010 when Citizens United was out. There was a lot of discussion in the system about the use of (c)(4)s. People in Cincinnati decided, 'Let's start grouping these cases. Let's centralize these cases.'"

Miller argued that while the way these officials grouped the cases was "troublesome," the general idea of centralization was not. Miller also said that he did not believe Shulman knew about the practice at the time of his March testimony.

The committee's chairman, Rep. Dave Camp, R-Mich., accused the Obama administration of fostering a "culture of cover-ups and intimidation in this administration," alluding to but not specifically mentioning the controversies over the administration's actions in the aftermath of last

September's terrorist attack in Benghazi, Libya, and the Justice Department's collection of the Associated Press' phone records in an investigation aimed at finding government leakers.

Camp's statements drew rebukes from Democrats on the committee. The committee's top Democrat, Rep. Sander Levin, R-Mich., who was extremely critical of the IRS responded to Camp saying, "If this hearing becomes, essentially, a bootstrap to continue the campaign of 2012, and to prepare for 2014, we will be making a very, very serious mistake and, indeed, not -- meeting our obligation of trust to the American people."

Rep. Joe Crowley, D-N.Y., added, "What I'm trying to point out, and basically to debunk, is the notion or idea of the political statements and, I believe, non-factual statements by Chairman Camp to link these scandals to the White House, or solely the targeting of conservative groups."

Mr. Obama has repeatedly decried the IRS' discriminatory practices, and has pledged that anyone found culpable of wrongdoing will be held accountable.

Until the Justice Department completes its investigation into the controversial IRS practices, which were outlined in an inspector general's report released Tuesday, it's impossible to say what resulting disciplinary actions will look like. But according to legal experts, the case will be a tough one to prosecute criminally, while the IRS can more easily take administratively within the IRS or the Treasury Department.

Meantime, Friday, Treasury Secretary Jack Lew met with incoming acting IRS commissioner Daniel Werfel this morning and directed him to conduct a thorough review of the organization in an effort to restore public confidence in the IRS and ensure the organization is providing excellent and unbiased service to the taxpayer, according to a Treasury Department official.

Lew also requested that he take actions immediately as appropriate, and that within the next 30 days, Werfel report back to the president and him about progress made in three areas: 1) ensuring staff that acted inappropriately are held accountable 2) examine and correct any failures in the system that allowed this behavior to happen and 3) take a forward-looking systemic view at the agency's organization.