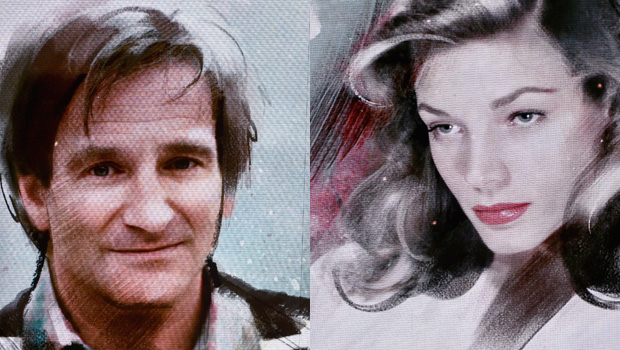 Comedian Joan Rivers, James Bond villain Richard Kiel, and the voice of Pinocchio were among those missing from the In Memoriam segment of Sunday's Academy Awards ceremony, honoring industry luminaries who have passed away this year.

For the dozens of actors, directors, craftspeople and industry executives who had died since last year's awards ceremony who were not mentioned during the broadcast, the Academy directed viewers to an online gallery of more than 120 people at oscar.com. The Academy also maintains a Memorial page for its members at its website, oscars.org.

Rivers, who died last September at age 81, was the most glaring omission from the broadcast tribute. In addition to writing and directing he 1978 comedy "Rabbit Test," starring Bill Crystal, she was a prominent presence on the Oscar red carpet for years.

Screenwriters Joanna Crawford ("My Side of the Mountain"), Ted Flicker ("The President's Analyst") and S. Lee Pogostin ("Hard Contract");

Songwriters Gerry Goffin (a nominee for "Theme From Mahogany (Do You Know Where You're Going To)" and Lesley Gore (a nominee for "Out Here On My Own" from "Fame"); and composers Ken Thorne (an Oscar-winner for "A Funny Thing Happened on the Way to the Forum") and Ian Fraser (a nominee for "Scrooge");

To watch the In Memoriam segment click on the video embed below. [Music: "Love Theme" from "Sophie's Choice" by Marvin Hamlisch.]

Mickey Rooney, actor (nominee, "Babes in Arms," "The Human Comedy," "The Bold and the Brave" and The Black Stallion"; recipient of two special awards)

Elizabeth Peña, actress ("Down and Out in Beverly Hills," "Jacob's Ladder")

Paul Apted, sound editor ("The Fault in Our Stars")

Oswald Morris, cinematographer (Oscar-winner for "Fiddler on the Roof," nominee for "Oliver!" and "The Wiz")

Samuel Goldwyn Jr., producer (Best Picture nominee for "Master and Commander: The Far Side of the World")

Mike Nichols, director-producer (Oscar-winner for "The Graduate"; Best Director nominations for "Who's Afraid of Virginia Woolf?", "Silkwood" and "Working Girl"; Best Picture nomination for "The Remains of the Day")