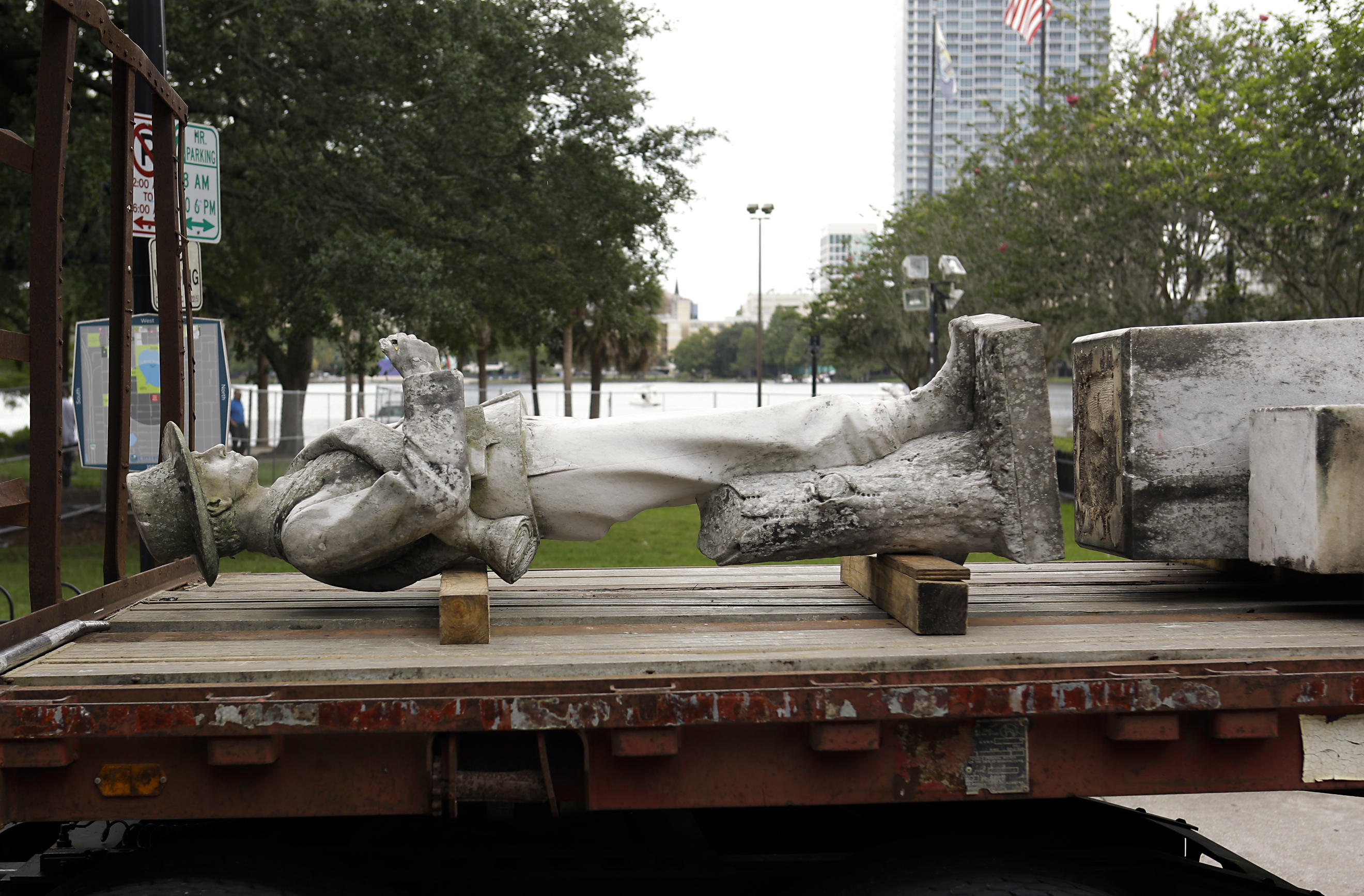 ORLANDO, Fla. -- City workers have moved a Confederate statue called "Johnny Reb" from a park in downtown Orlando, Florida -- and discovered a time capsule hidden inside the base of the statue.

After renewed public outcry that the statue is a symbol of racism and white supremacy, workers began dismantling the 800-pound concrete statue Tuesday. They eventually discovered a light, metal box that they believe is a time capsule.

Officials plan on storing the box in a safe location for three weeks and they do not know what's inside, CBS affiliate WKMG-TV reports.

"It was common, you know, when the masons and the masonic lodges, when they would put corner stones in buildings, and when they would do that, they would they would always put in a time capsule. And it was usually like a letter or a photograph or something about the area," Don Price, the sexton of Greenwood Cemetery, told WKMG-TV.

Price told the station that city officials will take their time before opening the box. "The air that we have now can really affect the documents. So, it will really have to be done in the right environment," he said.

Once the monument is disassembled, a new base will be built for it. It will be reassembled and re-erected in a Confederate veterans section of a municipal cemetery not far from where it had stood in Lake Eola Park, city spokeswoman Cassandra Lafser said in a statement.

City officials are working with historians on an inscription for the statue that will put the monument "in proper historical perspective," Lafser said. There will most likely be a plaque or marker near the statue, but Lafser said specifics haven't been determined.

City officials in St. Augustine told local media that they're paying close attention to the national debate because they have two Confederate statues in a plaza near two civil rights statues. Last fall, Gainesville residents debated whether to move "Old Joe," a 112-year-old statue of a Confederate soldier next to a county government building. Officials eventually decided it would cost too much to move it.

On Wednesday, the Hillsborough County Commission is scheduled to discuss the removal of a Confederate memorial that sits in front of the county's courthouse.