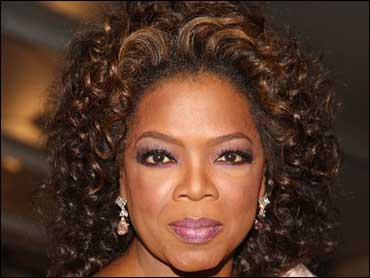 Oprah Winfrey revealed that she has been plagued by thyroid problems, which she said have made her look and feel run-down.

"I was still feeling really tired, really tired, going around from doctor to doctor trying to figure out what was wrong, and finally figured out that I had literally sort of blew out my thyroid," she said on her show yesterday.

Winfrey said she was working too much, which lead to exhaustion, weight-gain and lethargy.

Then she gained 20 pounds. She said she tried to regroup by spending the summer in Africa and Hawaii and she continues trying to find a balance.

Many American's have thyroid troubles, which have a direct effect on the metabolism, said CBS News medical contributor Dr. Holly Phillips.

People with an overactive thyroid could feel jumpy, hot or have trouble sleeping, Dr. Phillips said. With an under-active thyroid, people feel rundown, cold or could gain weight. Winfrey seems to have a classic case.

"You might have a hyperactive thyroid then develop a hypoactive thyroid, not enough hormone," Dr. Phillips said. "So, something like she was experiencing her is typical."

But take heart: It's easy to find out of you have thyroid problems, even though it's an issue that is often diagnosed and not picked up early enough.

"It's such an easy blood test," Dr. Phillips said. "Actually, if your doctor draws cholesterol on you, you can use that same test to test for the thyroid."

She said she routinely screens women, who are more likely to have thyroid problems, especially if they are over 50.

But it can affect women of all ages, even in their 20s. It also can happen after a woman gives birth.

"It's called postpartum hyperthyroidism or hypothyroidism," Dr. Phillips said. "It's something that can happen right after having a baby and then it sort of self-corrects."

People like Winfrey can take medicines called synthroids which are very effective, but sometimes it is a lifelong problem. But on proper medication, your body can function normally.

"Don't ignore it," Dr. Phillips said, "or you could get in trouble."