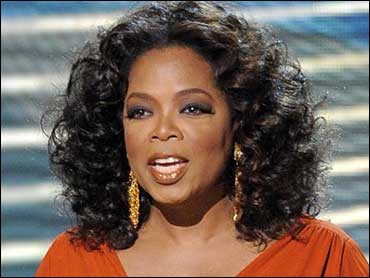 It's no secret that Oprah is a great salesperson.

Over 40 million viewers watch her show each week -- a powerful pool of potential purchasers.

But just because she's selling, should you be buying?

On The Early Show Wednesday, CBS News correspondent Michelle Miller pointed to an investigative report in this week's issue of Newsweek magazine, questioning the "Oprah Effect."

The piece looks at whether the some of the medical advice she offers on the show is not only inaccurate, but potentially dangerous, because the broadcast doesn't present all of the risks involved.

Newsweek notes that Oprah has not only had medical professionals dishing out advice on her show, but celebrities, as well.

"Some of the advice she gives, especially with regard to health and medicine, is not good advice," Weston Kosova, senior editor of Newsweek, told CBS News. " ... Sometimes the advice guests give on the show could actually hurt you."

Some of the claims Newsweek examined were Jenny McCarthy's theory that vaccines cause autism and Suzanne Somers' method of staying young through hormone replacement therapy.

After the show on Somers, Cynthia Pearson, executive director of the National Women's Health Network, said viewers weren't told of the risks.

"Women were left by Oprah in a state not really knowing all the information that they needed to make a safe and effective choice," Pearson said.

In response inquiries from CBS News, Oprah wrote, "For 23 years, my show has presented thousands of topics that reflect the human experience, including doctors' medical advice and personal health stories that have prompted conversations between our audience members and their health care providers…I trust the viewers, and I know that they are smart and discerning enough to seek out medical opinions to determine what may be best for them."

Pearson did say Oprah "Does a wonderful job of conveying information that is important to people and touching on issues that really speak to them."