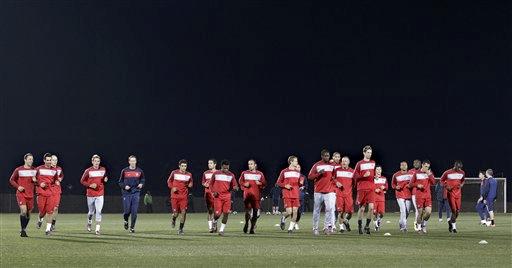 Anyone who's recently purchased a car from General Motors, Saab, Volkswagen and a handful of other companies may have been given the option to get OnStar, a service that uses global positioning system and cell phone networks to locate your car and assist you when needed. But if your car didn't come with OnStar, you're out of luck. It's not available as an aftermarket product.

Even if you haven't tried it, you've probably heard ads for OnStar. It's a service from GM that uses satellite global position and cell phone technology to locate you and call for help in an emergency. OnStar operators can also unlock your car doors, perform remote diagnostics on your car, track stolen vehicles and — my favorite — honk your horn and flash your lights if you can't find your car in a parking lot. For an extra fee, you can use OnStar's cell phone to make regular calls, though it's probably cheaper to use a standard cell phone.

The service costs $16.95 a month but, unfortunately, you can't add it to your existing car. To get OnStar, you have to buy a car from GM, Volkswagen, Isuzu, Saab, Acura or Audi.

But don't despair. RadioShack is has a product that uses similar technology to perform some, but not all, of OnStar's functions.

Roadside Companion (on sale for $149, after a $100 in-store rebate) is both a GPS receiver and cell phone. The small device plugs into the cigarette lighter and sits on top of the dash.

But, if you have an emergency, you can press the devices' prominent red "CALL" button and, a few seconds later, an operator will ask you to state the nature of the problem. What's more, that operator will know exactly where you are because the built-in GPS receiver uses the built-in cell phone to tell the operator your location. I tested it several times, and each time the operator was able to tell me the location of my car, down to the nearest intersection. If you needed help, the company could call emergency services, or dispatch truck if there was a problem with the car.

In addition to purchasing the device, you have to pay $9.99 a month for the service which, in addition to the 24-hour monitoring, includes roadside assistance including fuel delivery, battery jump-start, flat tire repair and emergency travel expenses.

If you lock your keys in the car, the service can dispatch a person who can help you get into your car but, unlike OnStar, can't unlock your door via remote control. It also can't diagnose car problems, can you use the cell phone to call anyone other than the emergency operator.

But there are some advantages to Roadside, compared to OnStar. For one thing, anyone can get it for their existing vehicle. And it's portable and quite small, so you can easily take it with you on a trip and plug it into the cigarette lighter of your rental car. You can also move it from car to car. I now have one in my car, but I may move it to my wife or daughter's car if either of them plans to go for a long drive.

Speaking of my daughter, Roadside companion has one more feature – for better or worse – that you can't get with OnStar. It can be used to track your vehicle via the Web. In other words, if my daughter is driving around and has the device in her car and plugged in, I can go to the company's Web site, log in and track her location on a map. The tracking feature costs 99 cents per track (you buy them in blocks of 10 or more), and it's quite accurate. I parked my car on a nearby street, went home to track it on the Web and found the approximate street address where it was located as well as its coordinates on a map. It can also track the car while it's moving but, if the car's moving fast, it could be a mile or two away by the time the Web site gets a lock on its location.

As with any system that uses GPS and cell phone networks, there is always the chance that you will either be out of range of a cellular signal or the satellite. If you're in a tunnel or on a tree-lined road, for example, you might not be able to pick up a satellite signal. Likewise, you could be too far from a cellular antenna to be able to make a connection.

Still, considering its price, portability and ability to work on any car, this is a nice safety net for some drivers. As for using it to track kids or spouses driving your car – well, that's a matter for a family counselor, not a tech columnist.