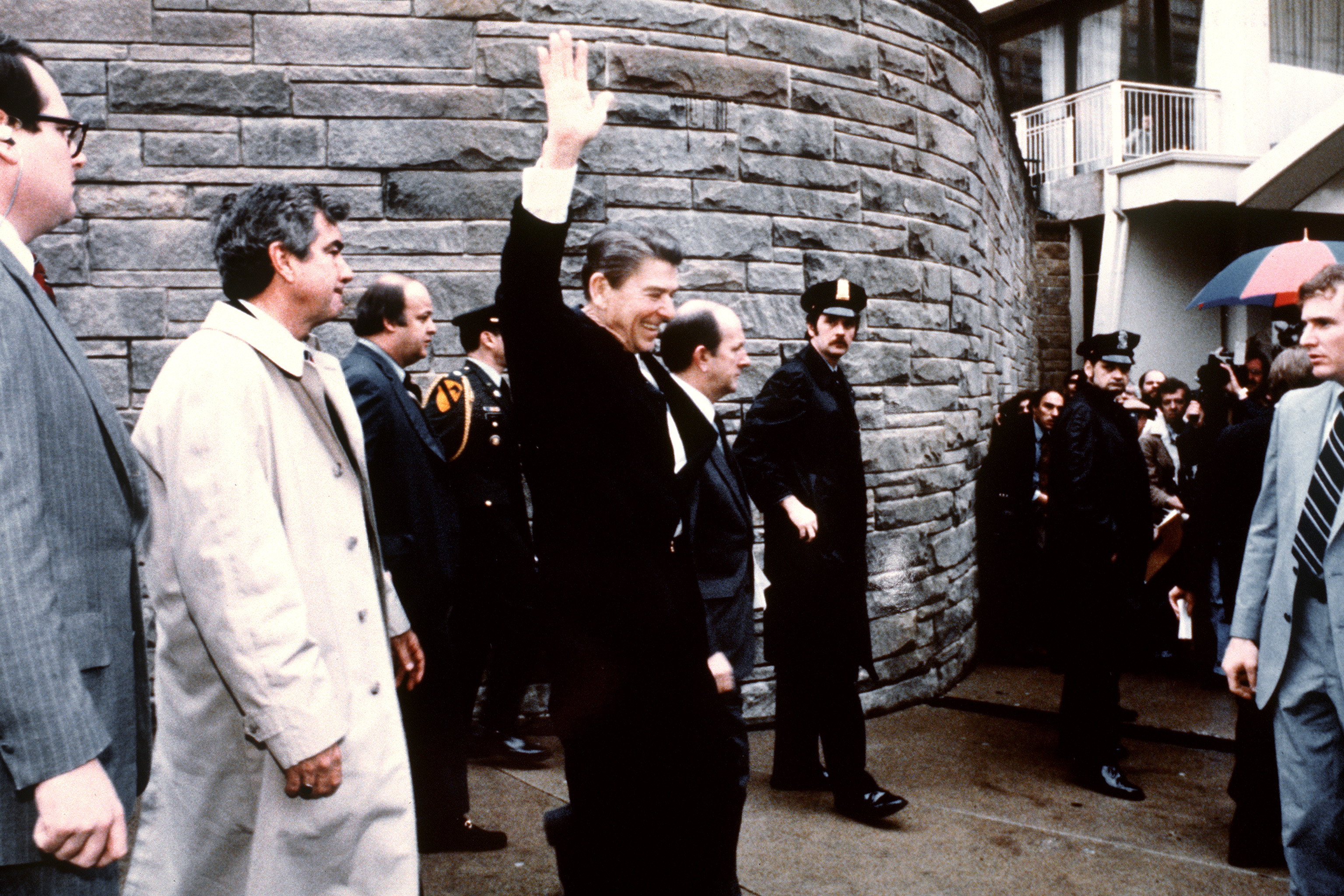 Just 69 days into his presidency, Ronald Reagan was shot while leaving the Washington Hilton Hotel after a speech. The assassination attempt left him wounded in the chest, and his press secretary James Brady badly injured with a gunshot to the head.

The entire ordeal was caught on video and in now-iconic photographs.

"The president first waves with his right arm, then you see his left arm go up, and there comes the shot," Dan Rather, CBS Evening News anchor at the time, said as he described the footage during a live special report.

The shooter was John Hinckley Jr., a 25-year-old man who claimed he was trying to impress actress Jodie Foster. Law enforcement quickly apprehended him at the scene of the shooting.

"This is a scene of police officers and secret servicemen getting under control and holding down that man who is suspected of the shooting," Rather reported.

A witness told CBS News later that day of the chaotic moments following the gunshots. "One guy was holding [President Reagan] on the side, and he was holding his left side," the man said. "I couldn't see that much blood because he had on the jacket."

Reagan, of course, survived the shooting -- Brady did as well, but was left partially paralyzed. When he died in 2014, the coroner ruled his death a homicide due to injuries sustained from being shot.

Before the assassination attempt, Hinckley wrote a letter to Foster -- who he had been stalking -- detailing his desire to gain her "love and respect."

"The reason I'm going ahead with this attempt now is because I cannot wait any longer to impress you," he wrote.

He was later found not guilty by reason of insanity, and committed to a hospital under psychiatric supervision. His restrictions have eased over the years, and in 2015 he sought full-time release.