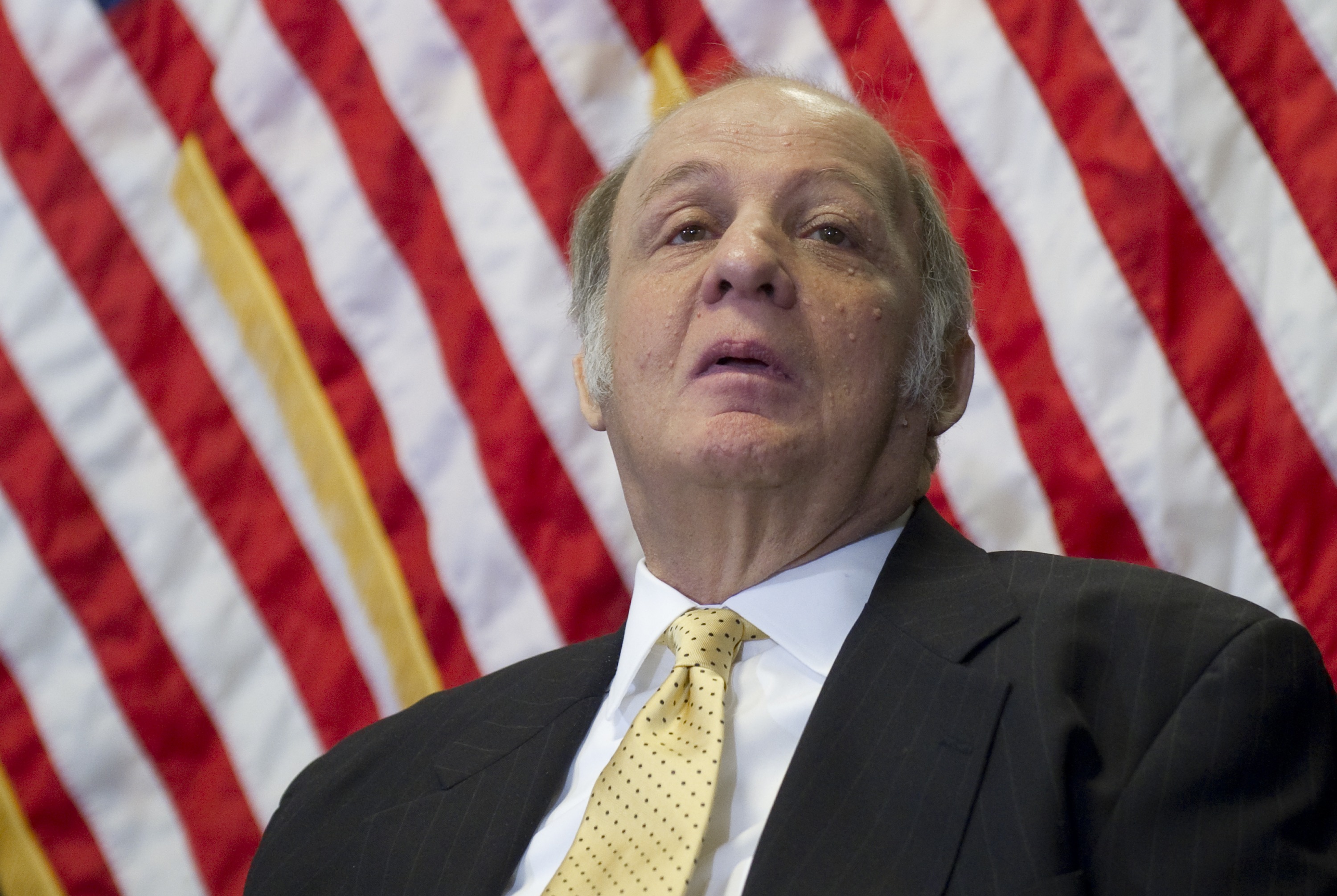 James Brady, the spokesman for former President Ronald Reagan who was shot during a 1981 assassination attempt on Reagan, has died at the age of 73, the Brady Center to Prevent Gun Violence confirmed to CBS News.

The gunshot wound that nearly killed him and left him paralyzed on his left side spurred Brady and his wife to spend the next three decades-plus advocating for stricter gun control.

"We are heartbroken to share the news that our beloved Jim 'Bear' Brady has passed away after a series of health issues," Brady's family said in a statement.

"Jim touched the lives of so many and has been a wonderful husband, father, friend and role model," the statement continued. "We are enormously proud of Jim's remarkable accomplishments - before he was shot on the fateful day in 1981 while serving at the side of President Ronald Reagan and in the days, months and years that followed.

"Jim Brady's zest for life was apparent to all who knew him, and despite his injuries and the pain he endured every day, he used his humor, wit and charm to bring smiles to others and make the world a better place."

Former first lady Nancy Reagan said in a statement, "I still remember vividly that day in March 1981, when Sarah and I sat together in a tiny room near the emergency room at George Washington University Hospital, trying to comfort each other while we both were gripped with unspeakable fear. The bond we established then was unlike any other.

"Jim was the personification of courage and perseverance. He and Sarah never gave up, and never stopped caring about the causes in which they believed."

President Obama offered condolences from himself and his wife, Michelle, saying in a statement, "Jim is a legend at the White House for his warmth and professionalism as press secretary for President Reagan; for the strength he brought to bear in recovering from the shooting that nearly killed him 33 years ago; and for turning the events of that terrible afternoon into a remarkable legacy of service through the Brady Campaign to Prevent Gun Violence."

"Since 1993, the law that bears Jim's name has kept guns out of the hands of dangerous individuals. An untold number of people are alive today who otherwise wouldn't be, thanks to Jim."

Reporters broke the news to current White House press secretary Josh Earnest Monday, who said he knew Brady was in failing health and praised him as someone who "really revolutionized this job." The press briefing room at the White House was named after Brady in 2000.

Brady was named White House press secretary when Reagan took office in January 1981 and two months later, on March 30, 1981, he was caught in the crossfire during John Hinckley's attempt to assassinate Reagan. Brady was the most seriously injured of the four people shot, including the president.

At first, doctors didn't think Brady would survive the gunshot wound to his head, CBS News White House Correspondent Bill Plante reported during a 2006 retrospective on the shooting. The hollow-point "devastator" bullet had exploded the right frontal lobe of his brain. He was saved by neurosurgeon Arthur Kobrine.

Brady said he had a difficult time with physical therapy. "That was not my golden hour," he told Plante. His wife, Sarah Brady, described it as "difficult as hell."

After years of therapy and medical crises, he regained much of his speech ability but remained paralyzed on his left side.

They helped secure passage of the 1993 Brady Handgun Violence Protection Act, which instituted background checks on those purchasing guns from licensed dealers. The Brady Campaign credits the law from stopping more than 2 million sales to prohibited purchasers.

Jim Brady received the Presidential Medal of Freedom from President Clinton in 1996.

During a 2011 interview, Plante asked Brady whether President Obama was pushing hard enough for gun control. "You can never push too hard," Brady said.

After the shooting at Sandy Hook Elementary School in December 2012, Sarah Brady told CBS News Correspondent Wyatt Andrews that it was "a huge moment" for the country.

"You can go your whole life and see no one shot, but when something happens like what happened to these children, that wakes up every mom and dad, every brother and sister in the country," she said in an interview. Ultimately, though, no new legislation made it through Congress.

Jim Brady never returned to work as press secretary but he kept the title for the rest of Reagan's presidency.

Brady was born in Centralia, Ill., in 1940. He graduated from the University of Illinois at Urbana-Champaign and began his political career in the office of then-Sen. Everett Dirksen, an Illinois Republican.

He later moved to Washington, D.C., and held roles at the departments of Housing and Urban Development and Defense ad swell as the Office of Management and Budget. After serving as press secretary to then-presidential candidate John Connally, he joined Reagan's team in 1980 as the spokesperson for the office of the president-elect and the director of public affairs and research, according to the Brady Campaign.