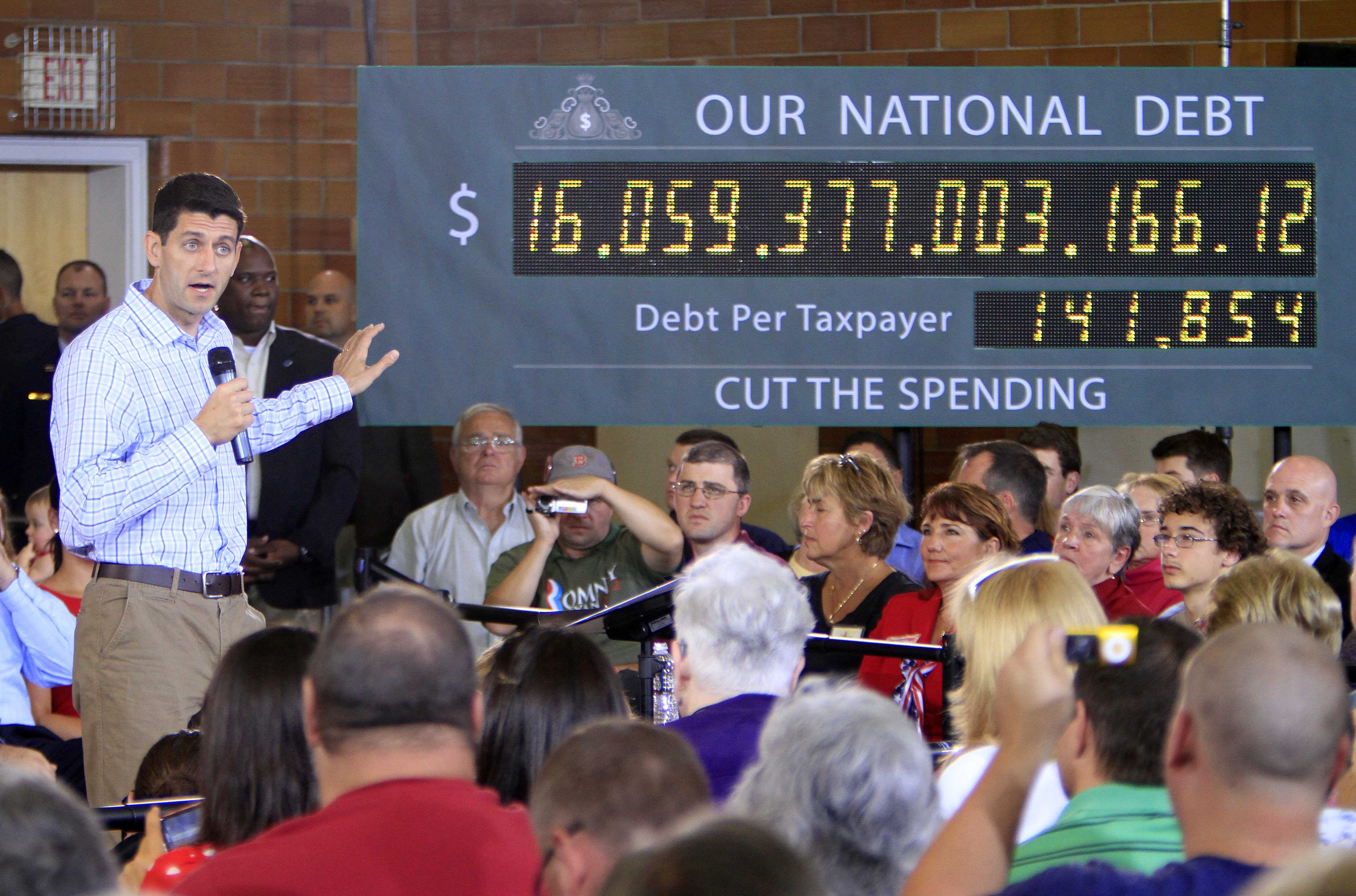 (CBS News) DOVER, N.H. - Vice presidential candidate Paul Ryan told New Hampshire voters Tuesday that President Obama has created a safety net that encourages dependency and "drains people of their will and their incentive to make the most of their lives." He said that he and presidential nominee Mitt Romney would create a better social safety net that will "break the cycle of poverty," but he offered no details for achieving that goal.

Ryan's comments came a day after the liberal magazine Mother Jones published a videoof Romney telling campaign donors at a private fundraising event that Mr. Obama's supporters are people who pay no income taxes and expect handouts from the government.

In a Monday evening press conference, Romney said his words were "not elegantly stated," but that he stood by the substance of the remarks. Along with Ryan, senior Romney adviser Kevin Madden was trying to tamp down reaction to the secretly recorded video, telling reporters traveling with Romney that the candidate remains "focused on the economy."

At a town hall meeting with about 430 people here, Ryan laid out a vision for the entitlement system that represented his most extensive discussion of the issue yet as the vice presidential candidate. It seemed to be aimed at softening the tone of Romney's secretly recorded remarks, which included his observation that the 47 percent of Americans are supporting Obama's reelection are people "who are dependent upon government, who believe that they are victims, who believe the government has a responsibility to care for them, who believe that they are entitled to health care, to food, to housing, to you-name-it."

The "mission" of the Romney-Ryan ticket, he said, is to address the root causes of poverty instead of merely treating its symptoms. He suggested that social welfare programs like food stamps should not be measured by how many people receive them, but rather how many people transition off of them.

In the recent past, Ryan has faced questions of his own before about whether policies he espoused as the House Republicans' lead budget writer would adequately help the nation's poorest citizens. Earlier this spring, before he joined the Republican ticket, Ryan came under fire from priests and faculty members at the Jesuit Catholic-run Georgetown University, who said his budget "decimates food programs for struggling families, radically weakens protections for the elderly and sick, and gives more tax breaks to the wealthiest few." In early 2011, he said that if government's growth is left unchecked, "we will transform our social safety net into a hammock, which lulls able-bodied people into lives of complacency and dependency."

Ryan said at Tuesday's town hall meeting, "What Mitt and I are trying to do is to have more taxpayers, not by taxing people more, but by having more growth and economic opportunity so people are getting jobs and paychecks and paying taxes and providing for themselves and creating a life of opportunity."

Yet, he offered no details for what his updated social safety would look like, only broad promises of reform.

On board Romney's flight from California to Salt Lake City, Utah, on Tuesday, adviser Madden fielded questions from reporters about Romney's videotaped remarks and the ensuing political firestorm. He said the campaign had no plans to view the complete video, which was released today by Mother Jones, the magazine that first published excerpts on Monday.

"I still think this is an election that is focused on the economy, it's focused on the direction of the country, and I think the voters right now who have yet to make up their mind are still viewing it through the lens of that," he said. He described Romney as "very focused and determined.

Asked about Republicans who have described some of Romney's comments as "arrogant" and "stupid," Madden said, "We always ask ourselves as a campaign what matters to voters. What matters to voters is whether or not we're going to have the answers they need about how we're going to put the economy back on track, put the country going back in the right direction, so I think that's where our focus remains."

Sarah Huisenga contributed to this report.