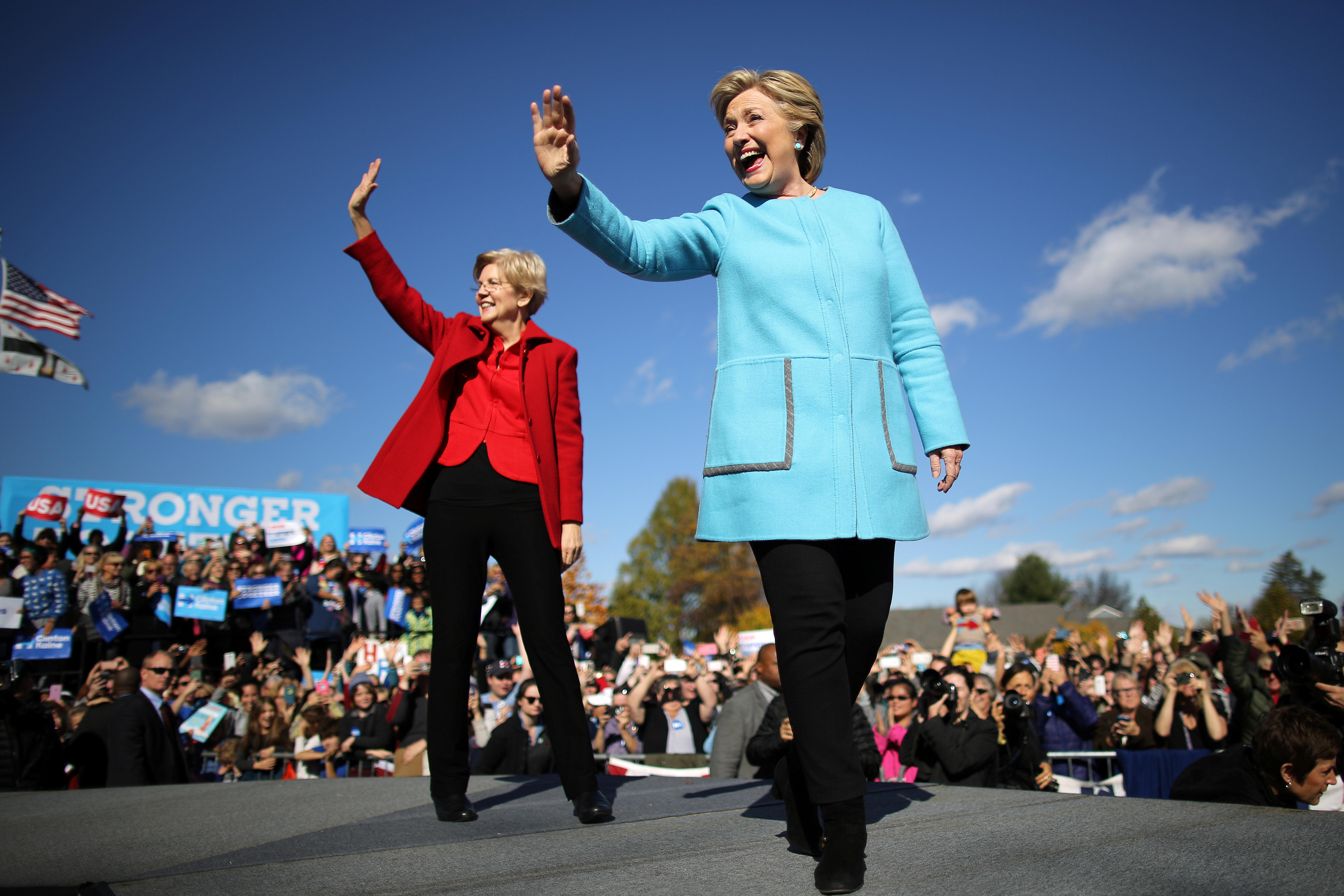 Stumping in Manchester New Hampshire with Hillary Clinton and Maggie Hassan, Elizabeth Warren embraced the “nasty woman” remark Donald Trump aimed at Hillary Clinton during the third presidential debate and used it as an appeal to women voters.

She went on to tell Trump that “on November 8, we nasty women are going to march our nasty feet” to the polls “to get you out of our lives forever.”

Warren was alluding to an exchange from the final presidential debate, when Clinton was fielding a question about taxes and Social Security.

The Democratic nominee had been explaining that the U.S. needs to put more money into the Social Security trust fund, which would require raising taxes on wealthy people – like her and Trump.

“Social Security payroll contribution will go up – as will Donald’s, assuming he can’t figure out how to get out of it,” Clinton said with a jab meant to suggest that Trump may have paid nothing in federal income taxes for up to 18 years.

“Such a nasty woman,” Trump interrupted, speaking closely into the microphone.

Warren also went after Republican Sen. Kelly Ayotte, R-New Hampshire for her wavering support of Trump. “For more than a year, Donald Trump has made headlines almost every day, and where has Kelly Ayotte been?” She “stuck with him,” Warren exclaimed. While he called African Americans “thugs,” compared himself to dictators, and praised Vladimir Putin, “Kelly stuck with him,” she said. After Ayotte said she’d support Trump but wouldn’t endorse him, he “even attacked Kelly Ayotte and called her ‘weak.’ And Kelly stuck with him.”

After a 2005 video of Trump’s lewd comments about women surfaced, Ayotte said she dropped her support of him. “Now she’s running as fast as she can,” Warren said. “He sure has made Kelly Ayotte dance.”