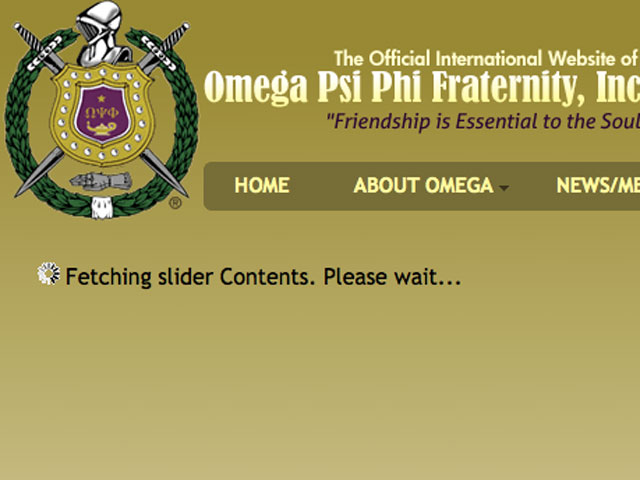 (CBS/AP) Omega Psi Phi partygoers stampeded to escape gunfire that killed one Youngstown State University student and wounded 11 people at an Ohio fraternity house, police said Monday as they searched for a motive in the weekend shooting.

Jamail E. Johnson, 25, a senior at Youngstown State, was shot to death early Sunday as he tried to separate two groups at a fraternity house party. Authorities say there had been a dispute, two men had left the house, and then returned and sprayed bullets into the crowd. Among the injured was a critically wounded 17-year-old.

When the shots rang out, "it was practically a stampede atmosphere," according to witness accounts, city prosecutor Jay Macejko said.

Investigators did not know what the initial argument was about and had yet to determine a motive for the shooting, Youngstown Police Chief Jimmy Hughes said Monday. The two suspects were neither students at the university nor members of the fraternity, police said.

The two men, Braylon L. Rogers, 19, and Columbus E. Jones Jr., 22, were charged with aggravated murder, shooting into a house and 11 counts of felonious assault, said Hughes. They were being held at the Mahoning County Jail, said jail officials.

Court appearances for the suspects scheduled for Monday morning were postponed until Tuesday, and the charges against them could undergo "adjustment," Hughes said.

Johnson and the others were shot off-campus at a two-story brick house in a neighborhood of once-elegant homes, many of which are now boarded up. The house party had been bustling with 50 or more people early Sunday, the police chief said.

Johnson apparently was trying to separate two groups when he was shot, Capt. Rod Foley said. He was shot once in the head and multiple times in his hips and legs, said Dr. Joseph Ohr, a forensic pathologist with the coroner's office.

The wounded ranged in age from 17 to 31; six were students. About half were shot in the foot, police said. Two were hit in the abdomen. The 17-year-old was wounded near one ear.

By Sunday afternoon, eight had been treated at a nearby hospital and released, spokeswoman Tina Creighton said. She said she could not release the conditions of the remaining three.

University president Cynthia Anderson said police assured her there was no threat to the campus.

Roughly 15,000 students attend the urban Youngstown State campus in northeast Ohio near the Pennsylvania state line. The university planned to hold a prayer service on campus at noon Monday.

A neighbor, Rodger Brown, 54, said the house and an adjacent home with Greek lettering, indicating a fraternity, often have parties on weekends but had caused no problems in the neighborhood.

Gov. John Kasich said he was "shocked and saddened" by the shootings. He offered the school the use of "any and all state resources they might require."