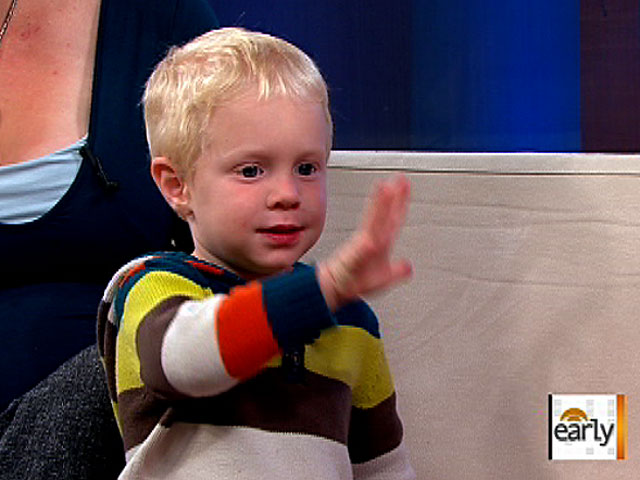 LAKELAND, Fla. - A 2-year-old boy was accidentally served sangria instead of orange juice at a central Florida Olive Garden and was taken to the hospital.

"He was starting to change his behavior. He was climbing out of the high chair, in the high chair, my mom's lap, my lap. And they came over and the waiter took the drink and ran away with it. Basically said 'There's been a mistake, I need to get you a new one,' and scurried off," Jill VanHeest told "The Early Show" Thursday. "And when he came back, I told him, 'You know, I need to know what's in there, in the event that he has any sort of reaction.'"

The restaurant's manager told VanHeest that her son Nikolai had been served sangria. She said Nikolai's eyes had gotten "all big and dilated" after drinking most of the fluid from the sippy cup they served him.

She took her son to the hospital after the incident. He was given fluids and released a couple hours later. He has suffered no lasting effects.

The restaurant chain later released a statement apologizing, saying that it was "an extremely regrettable accident caused by the failure of an employee to follow our strict operating procedures. We took swift, appropriate action. We offer our sincerest apologies to the family of the child and to all of our guests."

But that's not good enough for VanHeest.

"You're endangering my child. You're poisoning him with substances ... that aren't appropriate for him. And, you know, the only thing I get is 'We're sorry. It was a mistake.'"

VanHeest has an attorney but isn't sure whether she'll sue. VanHeest's attorney contacted the news media in Florida this week after reports surfaced that a Michigan Applebee's accidentally served a margarita to another toddler.