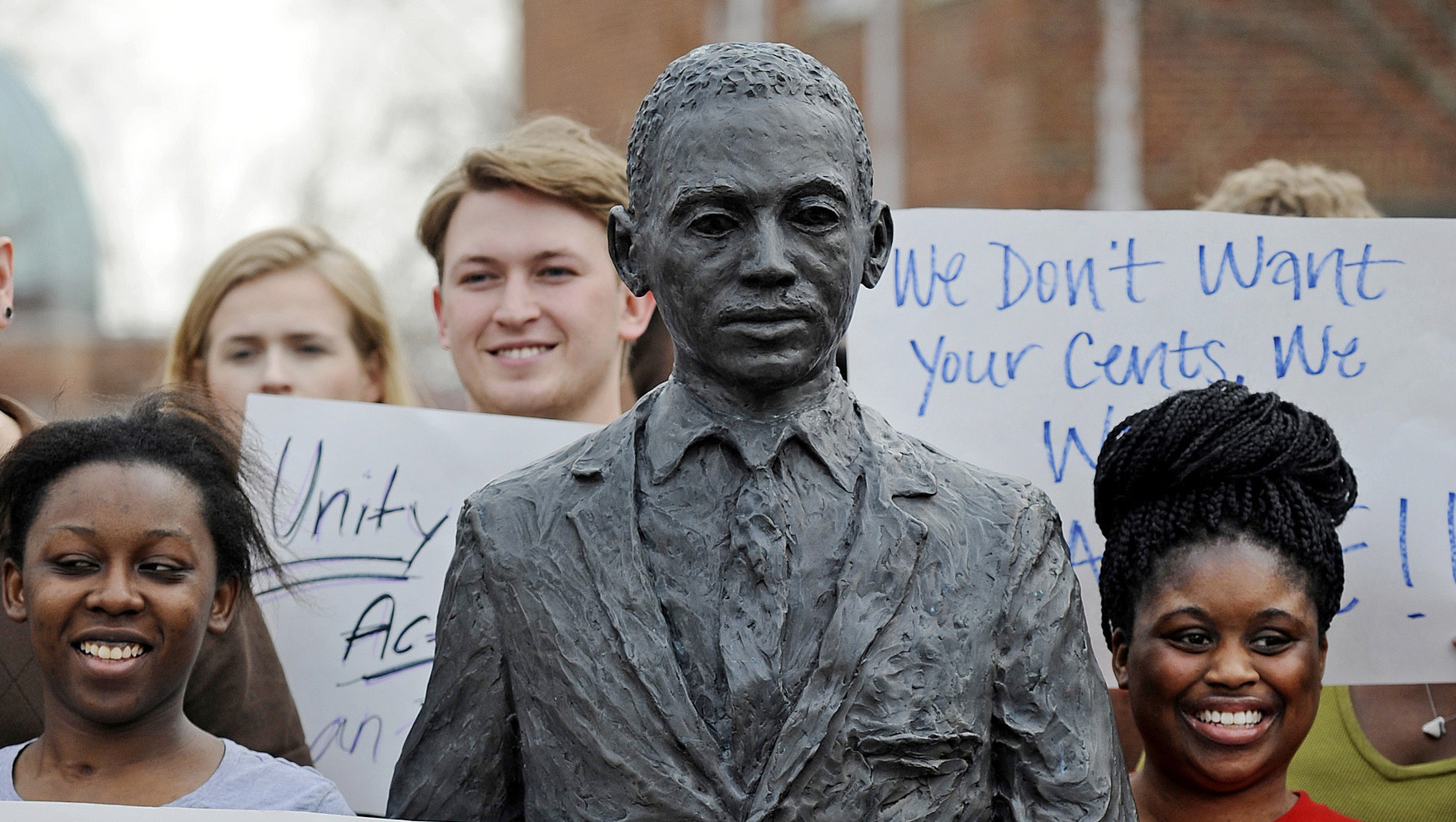 JACKSON, Miss. -- A national fraternity group has closed its University of Mississippi chapter after three members were accused of tying a noose around the neck of a statue of the first black student to enroll in the Southern college that was all-white at the time.

The university announced Thursday that the national office of Sigma Phi Epsilon, based in Richmond, Va., had closed its Ole Miss chapter.

Besides the noose, someone draped a pre-2003 Georgia state flag with a Confederate battle emblem in its design on the face of the James Meredith statue in the pre-dawn hours of Feb. 16. Meredith's enrollment in 1962 set off a violent attack by anti-integration protesters on federal authorities, leaving two people dead and scores injured.

The names of the three students from Georgia haven't been released. They were kicked out of the chapter, which itself had been suspended pending the review.

After the noose was found, the university asked the national headquarters to review the 130-member chapter, which had been on campus since 1987.

"We are disappointed that a pattern of bad behavior and serious, inexcusable hazing occurred within the chapter," Dean of Students Sparky Reardon said in a statement. "Periodic reports from and meetings with local alumni and national headquarters led us to believe that the chapter was improving."

Sigma Phi Epsilon CEO Brian Warren said the group had "no choice" but to close the unit.

"Though it's always painful to close a chapter, these students' actions clearly illustrate a determination to perpetuate an experience based on risky and unconstructive behavior," he said in a statement.

Blanton said students currently living in the Sigma Phi Epsilon house on campus would be allowed to stay and eat meals there through the end of the semester, but would not be allowed to have any social activities. After that, he said the university, which owns the land under the house, and the fraternity would discuss uses for the structure.

Sigma Phi officials said they would discuss a return to campus with the university. It's not clear how long that might take. Blanton said that several years ago, the university did not reinstate the closed chapter of another fraternity until all the members at the time of the closure had graduated.

Administrators have fought against the university's Old South image, banning Confederate battle flags from football games in 2003 and ditching its Colonel Reb mascot for a black bear in 2010. But those efforts have been undermined by unflattering incidents, such as an election night disturbance in November 2012 when some students used racial slurs and profanity to protest President Obama's re-election, or an October 2013 performance of "The Laramie Project" where football players and other students used gay slurs to heckle the play about the 1998 murder of University of Wyoming student Matthew Shepherd, who was gay.