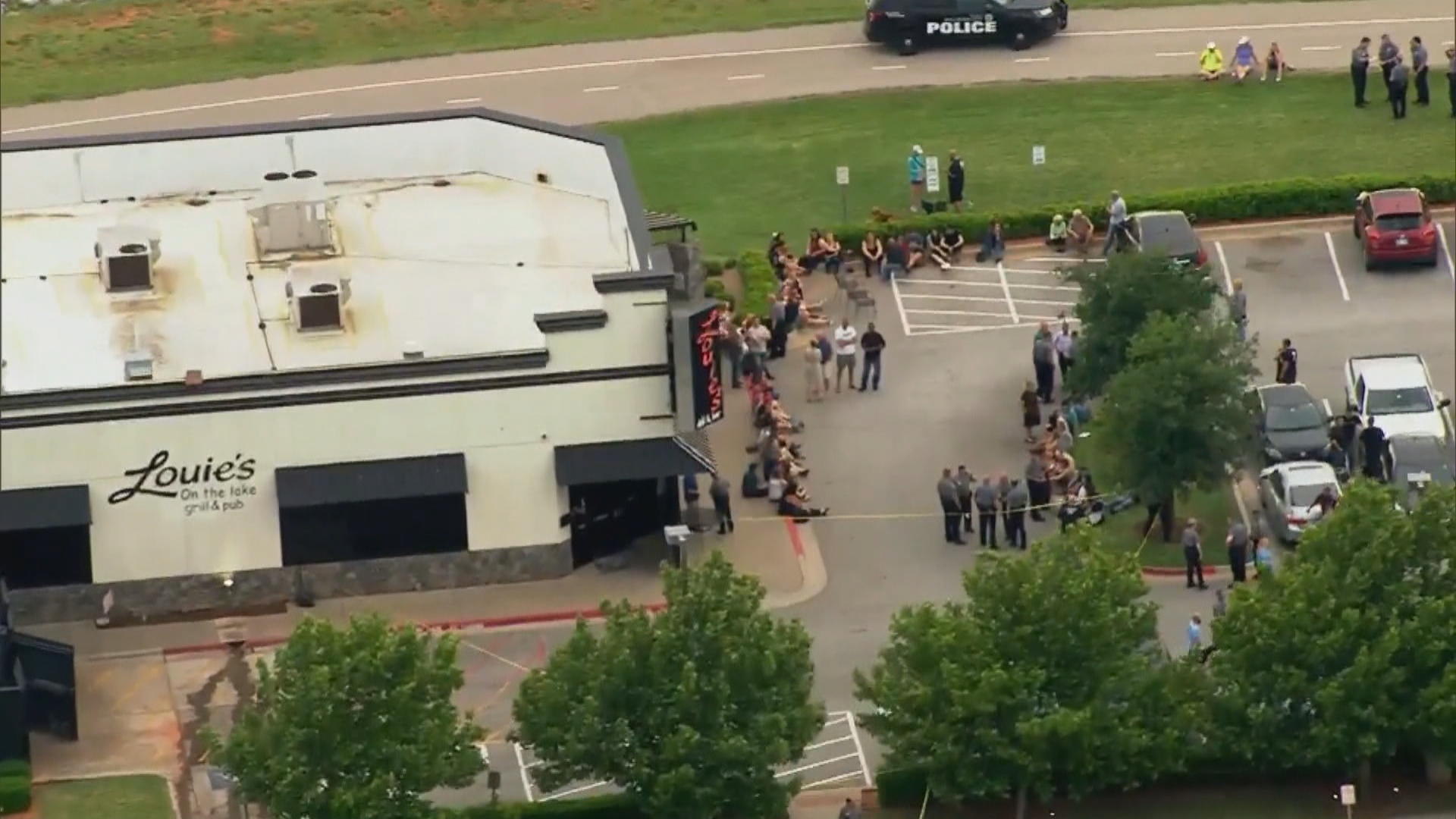 An armed citizen is being praised for stopping a gunman at a popular Oklahoma City restaurant. Two people, including a 12-year-old girl, were shot at Louie's Grill and Bar Thursday night. Two others were hurt.

Police said the suspect, a white male between 18 and 20 years old, was killed in the parking lot. He was wearing protective earmuffs and eye goggles that are usually worn at a shooting range. Police said he began shooting right during the dinner rush, and it was a civilian who brought it all to an end.

Dennis Will says his daughter Natalie Will and 12-year-old granddaughter Niah were walking into Louie's Bar & Grill Thursday night for a birthday party, when a gunman opened fire, reports CBS News' David Begnaud.

"She's still pretty shook up," Will said. "Evidently the shooter was in the tree line, and they were both shot by the front door.

Will says his daughter was grazed by a bullet, and his granddaughter shot. Natalie Will told CBS News they ran and hid in the restaurant bathroom with three other women until the shooting was over.

Police say about 100 people were inside Louie's when the shooting began and more than a dozen police cars swarmed the scene. The account of the shooting given by Oklahoma City police, seems to differ from the Will family.

"When the suspect leaves the restaurant, the civilian pulled out his handgun and shot the suspect and he killed the suspect," Capt. Bo Mathews of the Oklahoma City Police Department said.

Police are calling that civilian a hero, and crediting him with saving lives. Dennis Will said he is grateful the civilian was there.

"I would love to congratulate him, give him a big hug," Will said.

Twelve-year-old Niah is out of surgery, and the police said she is expected to survive. We asked police whether the armed civilian had a license to carry his weapon. Police said they did not know, but were looking into it. The police do not believe the mother and daughter were targeted.

Danica McKellar on "The Times Machine!"
Thanks for reading CBS NEWS.
Create your free account or log in
for more features.
View CBS News In
CBS News App Open
Chrome Safari Continue
Be the first to know
Get browser notifications for breaking news, live events, and exclusive reporting.