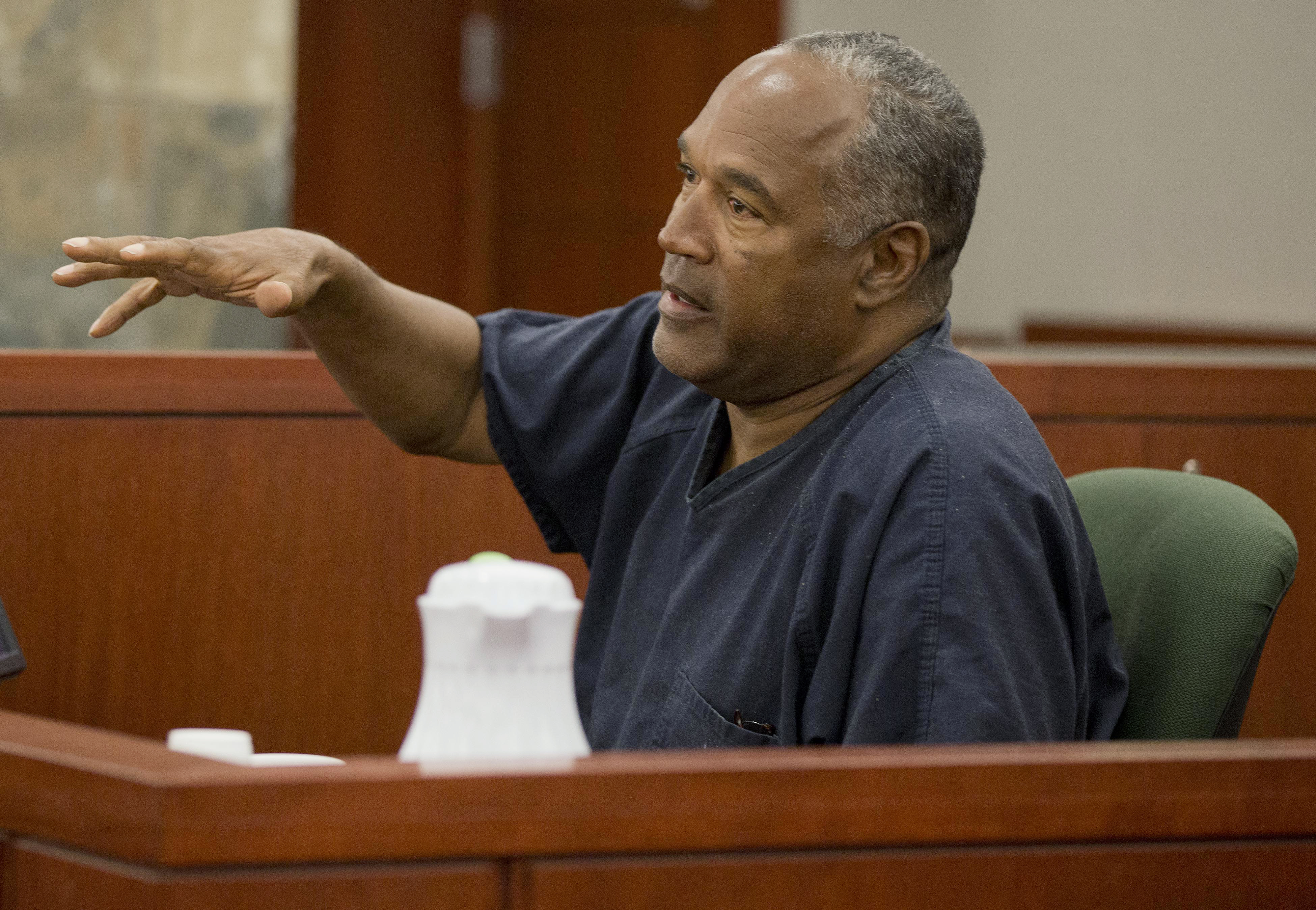 (AP) CARSON CITY, Nev. O.J. Simpson won a small victory Wednesday in his bid for freedom as Nevada granted him parole on some of his convictions in a 2008 kidnapping and armed robbery involving the holdup of two sports memorabilia dealers at a Las Vegas hotel room.

But the decision doesn't mean Simpson will be leaving prison anytime soon. Because he was convicted on multiple charges, Simpson still faces at least four more years in prison on sentences that were ordered to run consecutively.

The Nevada Board of Parole Commissioners on Wednesday released an order approving the former NFL star's parole request.

Simpson appeared before a two-member parole panel last Thursday to plead for leniency. He expressed regret for his actions and said he's tried to be a model inmate while behind bars.

Lovelock Correctional Center officials say he's had no disciplinary actions against him.

Simpson was convicted in December 2008 on charges including kidnapping, robbery, burglary and assault with a deadly weapon. He was sentenced to nine to 33 years for the 2007 stickup of two memorabilia dealers, Alfred Beardsley and Bruce Fromong.

During last week's parole hearing, a graying Simpson told Parole Commissioner Susan Jackson and hearing officer Robin Bates, a retired Nevada prison warden, that he was sorry for his actions.

"I just wish I never went to that room," the 66-year-old Simpson said. He added he has made amends with Beardsley and Fromong.

While in prison, Simpson has earned pennies an hour working in the prison gym, keeping equipment sanitized and umpiring and coaching games in the prison yard.

He said he made a promise to the warden when he arrived at Lovelock Correctional Center 90 miles east of Reno that he would that he would be "the best person" they ever had at the facility, adding, "I think for the most part I've kept my word on that."

He also said he's acted as jailhouse counselor of sorts to other inmates, some of whom are serving time for similar crimes.

But Simpson said his deed was different.

"My crime was trying to retrieve for my family my own property," Simpson said.

While Simpson remains behind bars, his best chance at freedom lies with Clark County District Judge Linda Marie Bell, who is considering whether he deserves a new trial.

During a hearing in May, Simpson's current lawyers Patricia Palm and Ozzie Fumo argued his trial attorney, Yale Galanter, botched Simpson's defense and had a conflict of interest in the case.

Bell has yet to issue a decision. If she rules in Simpson's favor, prosecutors will have to decide whether to retry him, offer a plea deal, or set him free with credit for time served.