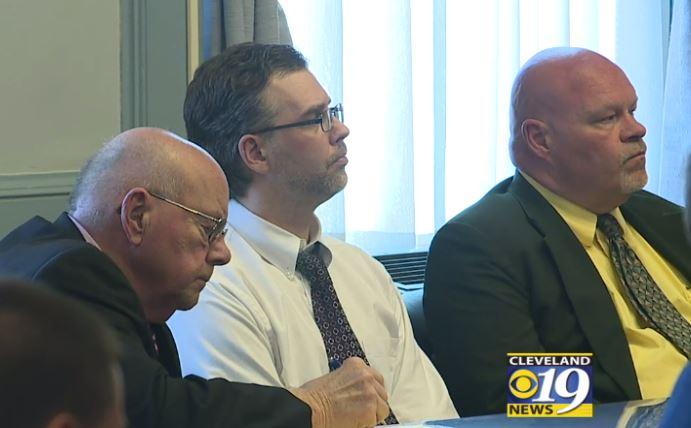 ASHLAND, Ohio -- A man has been convicted in the slayings of two women whose bodies were found underneath piles of clothes in what was thought to be a vacant Ohio home. Shawn Grate could be sentenced to death on the aggravated-murder and kidnapping convictions.

Jurors took only a few hours on Monday to reach a verdict in the 2016 strangulation deaths of the two women.

Grate was arrested after a third woman escaped from the Ashland home where the bodies of the other two women were found. On her 911 call, the woman said that she had been tied up, but managed to partly freed herself to make the call from her captor's phone while he was asleep. She is heard whispering to a dispatcher, terrified that she will wake him up.

"I've been abducted," the woman said in the call, begging, "Please hurry."

Grate also has been linked to the deaths of three other women elsewhere but hasn't been charged in those killings.

Grate, 41, faced 23 charges, but he pleaded guilty to 15 of those last week, including rape, robbery, and abuse of a corpse, reports CBS affiliate WOIO. Those charges carry a penalty of up to 74 years in prison.

Grate was convicted on the remaining eight charges, including the aggravated murders of Elizabeth Griffith and Stacey Stanley, who he told police in videotaped confessions that he strangled to death.

Kurtis Stanley, the son of Stacey Stanley, told the station he was pleased with the verdict.

"He is a guilty man for what he's done, you  know," he said. "I mean, maybe one day, things will change for him, but as of right now, that doesn't make me feel any other way towards him."

Stanley said his mother had a flat tire late at night and was at gas station a few blocks from the vacant home.

"I think it was just an accidental run in," he said. "He was out preying on women and he took my mom."

He told the station he wants the focus to be on the victims, rather than Grate.

Grate is due in court for sentencing May 18. He faces life in prison or the death penalty.