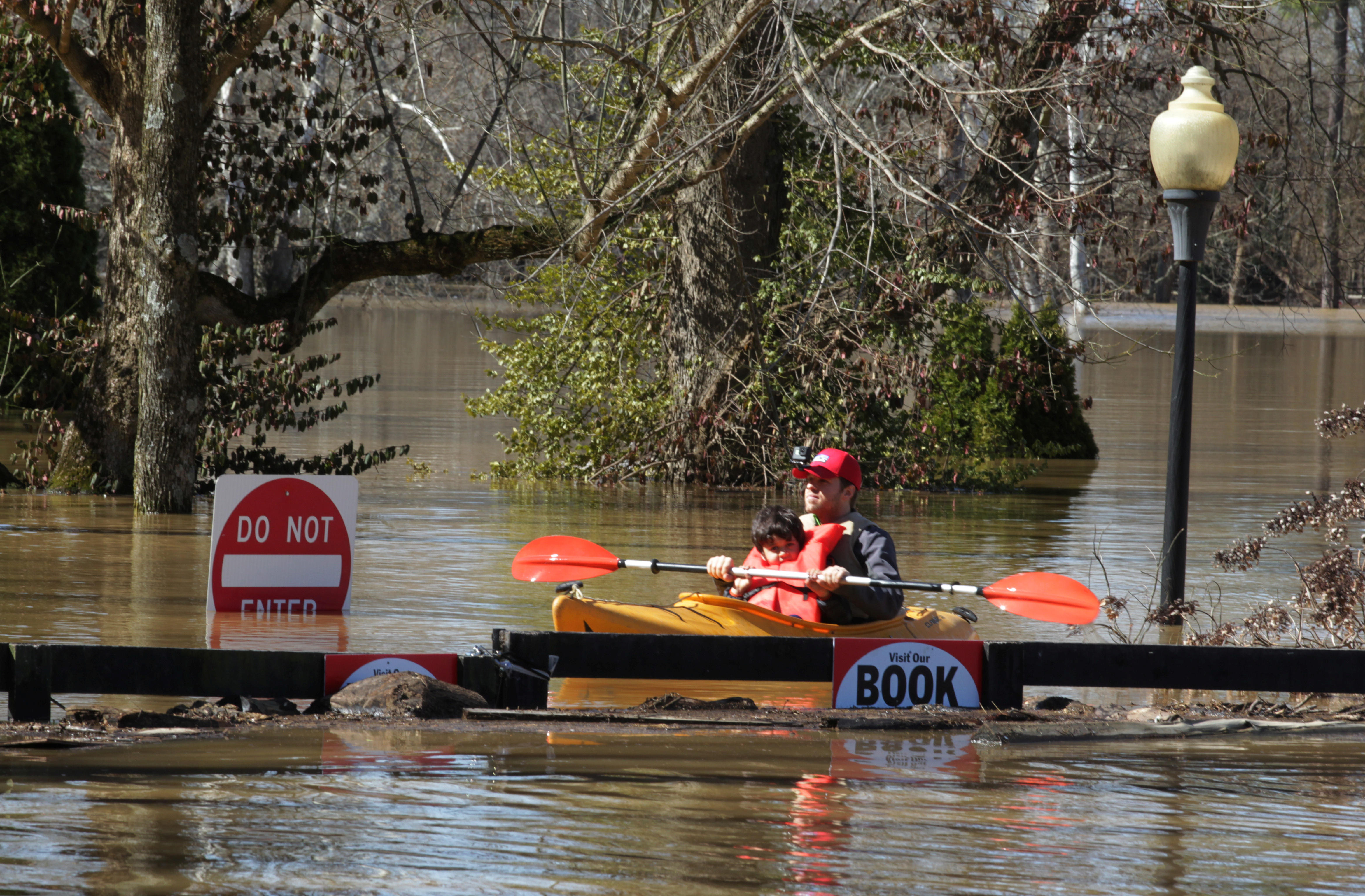 Forecasters expect flooding to persist through the week in the Cincinnati region, and authorities said Monday that will hinder efforts to assess damage. The National Weather Service said the Ohio River crested Sunday and was still well above flood stage Monday. Sunday's peak was more than 8 feet above flood stage and the highest crest since 1997.

Meteorologist Kristen Cassady, in Wilmington, Ohio, said a couple of dry days will help, but rain expected later in the week could delay the receding.

"It is slowly going down," she said, adding that although no heavy rain is expected, even light rain would have an impact on the swollen river.

Monday commutes were complicated by closed roads east of Cincinnati and across the river in northern Kentucky, and some parking lots in downtown Cincinnati were flooded. The Ohio and other rivers caused basement flooding and sewage backups, as well as forcing riverfront businesses to close.

"Floodwaters are a mess," Hamilton County Commissioner Todd Portune said, urging patience as authorities try to determine the extent of damages. "Until the water recedes, we simply will not know."

There was minor flooding farther east along the Ohio, as well as from other waterways. Classes were canceled Monday at Ohio University in southeast Ohio.

Rivers swollen by heavy rains and melting snow have been a nagging problem for days in the central part of the U.S. The governors of Missouri, Indiana and Illinois have declared disaster emergencies.

In Michigan, river levels were dropping after flooding last week and over the weekend. In southwestern Michigan, where the body of a 48-year-old man was found in floodwaters Sunday in Kalamazoo, the Kalamazoo River was receding after peaking above a 1947 record.

The Ohio River -- which borders Indiana and Kentucky -- has swollen because of relentless rain which resulted in the wettest February ever.

There are 16 pumps in Louisville that have already pumped at least 21 billion gallons of flood water back into the Ohio River -- enough to fill the bathtubs of 210 million Americans.