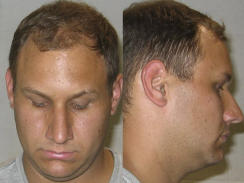 (CBS/AP) CLEVELAND - Andrew Martin, a former Cleveland Clinic nurse, was sentenced Wednesday by a federal judge to 12 years in prison after he admitted trying to get a patient to act as a hitman.

Martin had pleaded guilty in April to using a phone to further the plot. Authorities say he offered $10,000 to an ER patient to kill a woman in a dispute over ownership of her deceased brother's home.

Investigators say the patient tipped off police that he had been asked by a nurse if he "ever killed anyone." Martin, 23, of Bristolville, about 50 miles east of Cleveland, was arrested in the case in November 2012.