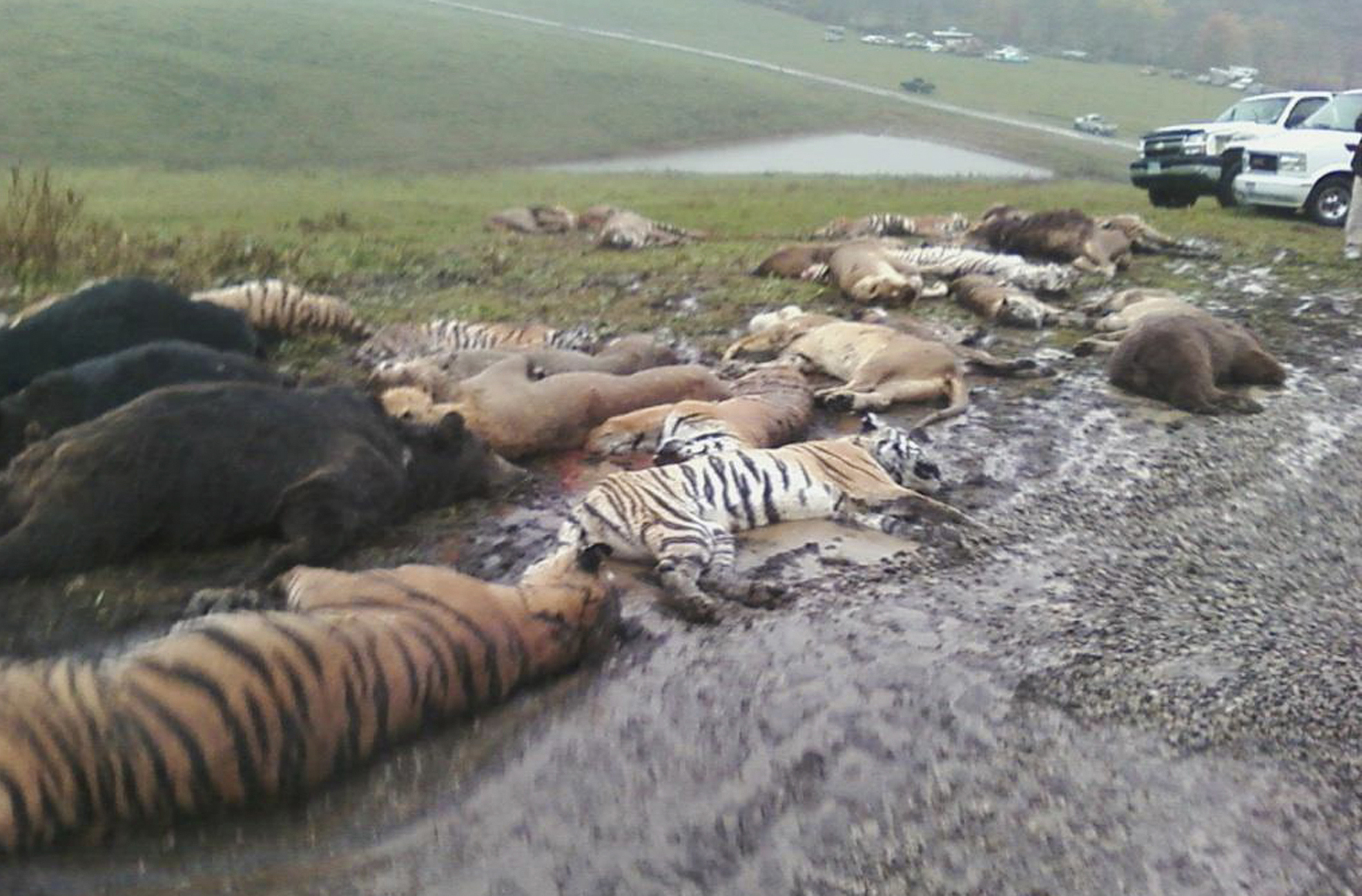 (CBS/AP) ZANESVILLE, Ohio. - A final police report on the release of dozens of exotic animals from an Ohio farm shows their suicidal owner had been distraught over the government's plan to confine him on house arrest following a gun conviction.

The Los Angeles Times reports the night before he released 56 exotic pets from their cages on his Ohio farm and shot himself in the head, Terry Thompson is said to have turned to the man who worked with him and said he "had a plan."

In records released by the Muskingum County Sheriff this week, Thompson's federal probation officer tells a detective about plans for an electronic device to monitor his whereabouts. He says Thompson went to a parole officer and told him he was overwhelmed by the condition his farm was in and reported marital problems.

Thompson was determined to "find out" about the things that were bothering him. This included questions about his marriage and how he would face his impending confinement over a criminal conviction, according to the police report.

"I have a plan to find out, and you will know it when it happens," Thompson reportedly told John Moore, a college student who worked six days a week at the Zanesville, Ohio, farm where the animals were kept.

The report doesn't say why Thompson decided to free the animals, but it gives the clearest picture to date of the events leading to the tragedy.

Authorities say Thompson had been home for a few weeks after a year in prison when he released the animals.

The final report includes the responding officers' findings the night they arrived at the farm to find the animals loose.

Police said that when they first saw Thompson lying on his back, they could not tell whether he was alive or dead. A handgun was about 15 feet from his body, and blue bolt cutters were nearby.

The roaming tigers and other exotic animals made it impossible to approach Thompson's body; the animals had to be killed so that officials could reach the body, deputies said in their report.

Officers killed 48 animals as they spread across the farm and surrounding community.