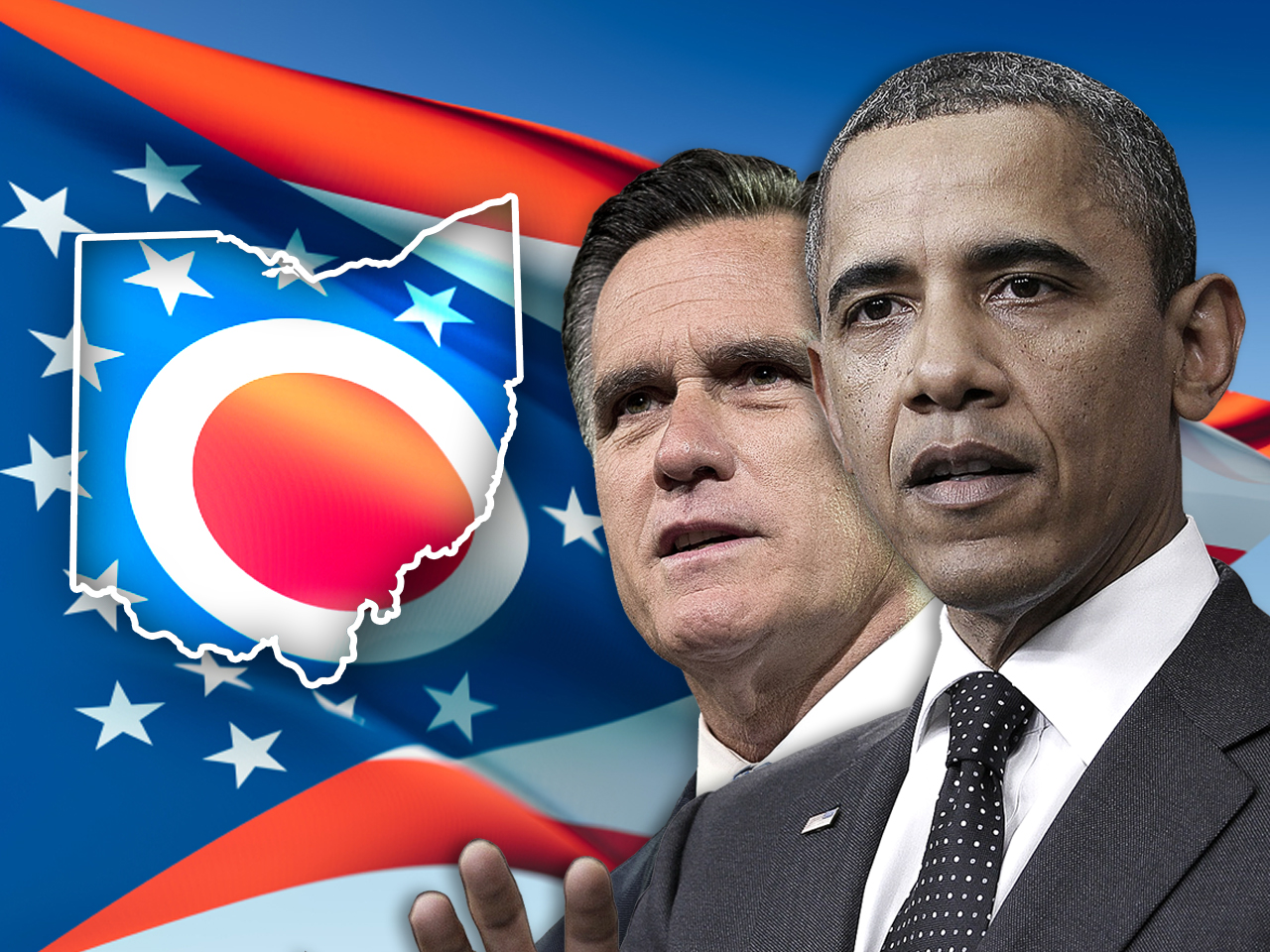 As expected, the presidential race is tight in Ohio, where the polls just closed: President Obama is winning women 55 percent to 44 percent in the early CBS News exit poll, while Mitt Romney is leading 52 percent to 46 percent among men. Women made up 51 percent of the electorate, compared to 49 percent among women.

Thirty-nine percent of voters so far identified themselves as Democrats, compared to 30 percent calling themselves Republican. Thirty-one percent identified as independent or something else, and Romney has a big edge among this group - 56 percent to 40 percent for Mr. Obama.

Voters in Ohio, where one in eight jobs are tied to the auto industry, were almost evenly split on which candidate is best able to guide the economy - their top issue. Fifty nine percent approve of the federal government's aid to U.S. automakers, while 36 percent disapprove. The "disapprove" figure includes 90 percent of Romney voters.

Mr. Obama is winning big in cities with populations over 50,000 people, where one in four voters are located: He leads Romney 68 percent to 30 percent. The suburbs are tight, with a small edge to Romney. More than half of voters can be found in the suburbs. Romney is dominating small cities and rural areas, 60 percent to 38 percent.

This is an early exit poll and do not reflect the final exit poll numbers.