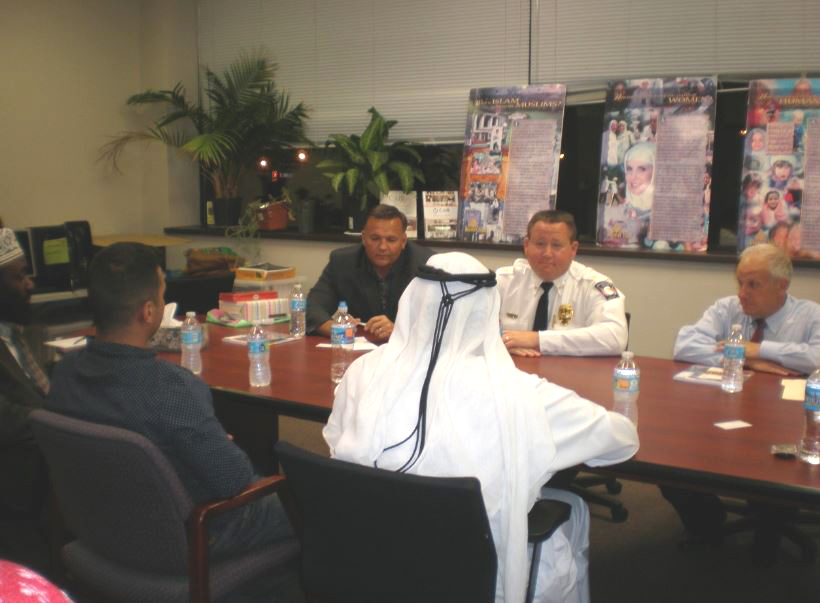 The Ministry of Foreign Affairs said in a tweet late Saturday that Emiratis should avoid wearing the garments for their safety. A separate ministry statement urged women to abide by bans on face veils in parts of Europe.

Local media reported Sunday that Emirati national Ahmed al-Menhali was detained at gunpoint last week while wearing a traditional white kandura, or ankle-length robe, and headscarf in Avon, Ohio after a hotel clerk raised suspicions he could have links to the Islamic State of Iraq and Syria (ISIS.) The man was in Ohio to seek medical treatment in nearby Cleveland after suffering a stroke.

"She went off and texted her sister and said I pledged my allegiance to ISIS," Menhali told Al Jazeera. The sister and her father then called 911, according to the news network.

Menhali told the network he may have suffered another stroke during the subsequent arrest.

The news site also posted video of a later meeting where Avon officials offered their apologies.

"No one from the police department (wanted) to disrespect you," Police Chief Richard Bosley told Almenhali. "That was not the intent of any of our officers. It is a very regrettable circumstance that occurred for you. You should not have been put in that situation like you were."

"There were some false accusations made against you," Mayor Brian Jensen said. "And those are regrettable. I hope...the person that made those can maybe learn from those."Officials are still contemplating charges against the clerk who made the false accusations.

In a statement to Al Jazeera, Avon police said "contact was then made with the front desk clerk and it was learned that the male did not in fact make any statements related to ISIS."

In a statement, the Ministry of Foreign Affairs said it had summoned the U.S. Deputy Chief of Mission Ethan Goldrich over the incident, and he apologized.

"He emphasised that the United States respects the right of different nations to wear their national dress, adding that this incident was an exception which was totally unacceptable," the statement reads.