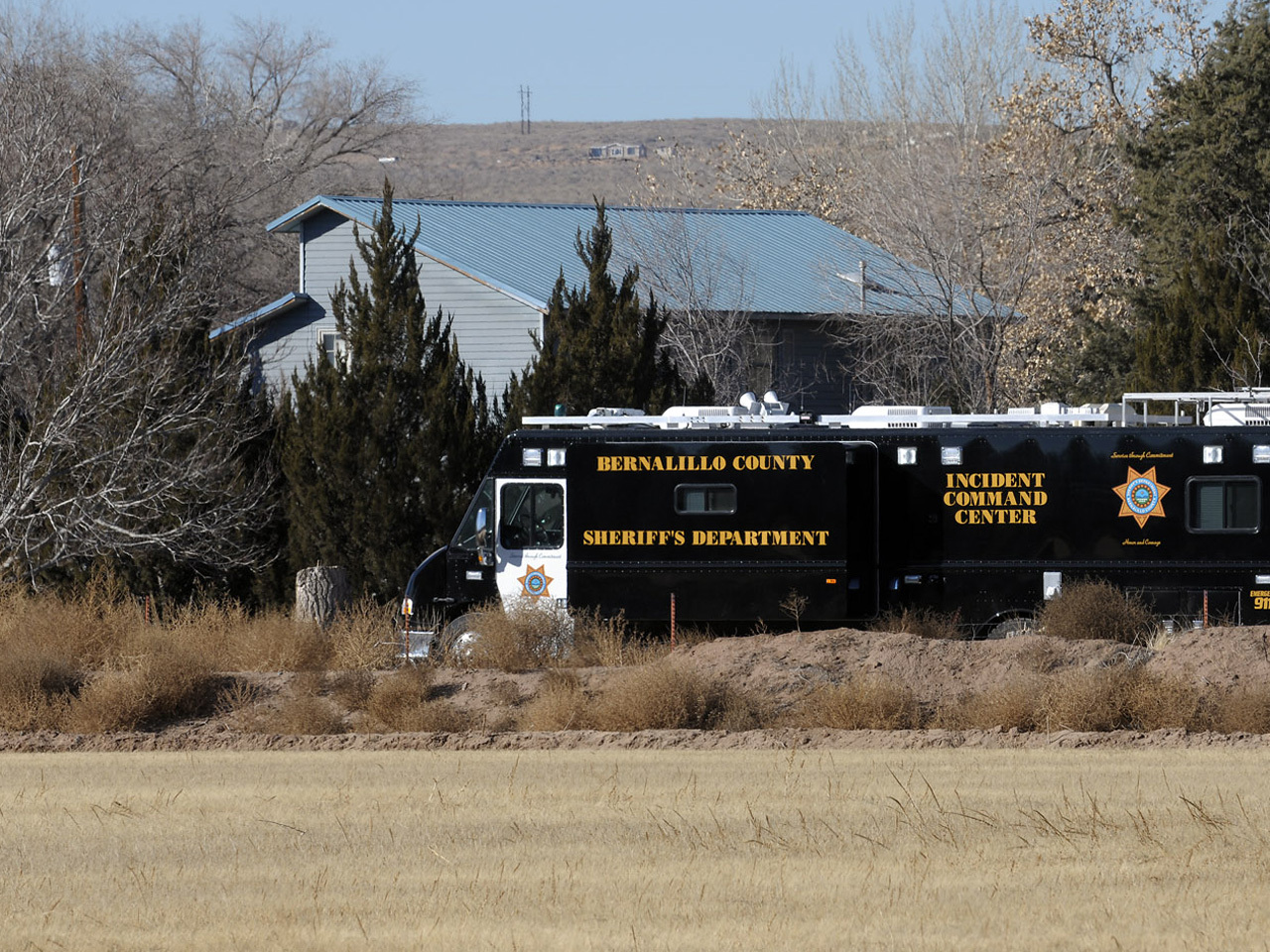 ALBUQUERQUE, N.M. A 15-year-old boy remained in custody Sunday night as detectives tried to piece together what led to the shooting of five people, including three young children, who were found dead in a New Mexico home.

The teenager was arrested on murder and other charges in connection with the shootings, which happened Saturday night at the home in a rural area southwest of downtown Albuquerque, said Lt. Sid Covington, a Bernalillo County sheriff's spokesman.

Detectives did not immediately release the victims' names, but word of the shootings traveled quickly through the law enforcement community, and officials began offering their condolences for Greg Griego, a spiritual leader known for his work with firefighters and the 13 years he spent as a volunteer chaplain at the county jail.

"Chaplin Griego was a dedicated professional that passionately served his fellow man and the firefighters of this community," Fire Chief James Breen said in a statement. "His calming spirit and gentle nature will be greatly missed."

Jail Chief Ramon Rustin said Griego was instrumental in the creation of the Metropolitan Detention Center's chaplain program and worked to get inmates integrated back into the community.

Griego also was a former member of the pastoral staff at Calvary, a Christian church in Albuquerque. As part of his work there, he oversaw the Straight Street program for jail inmates.

Covington said detectives were working to positively identify the five victims as well as the teenager's relationship to them.

Authorities said each victim suffered more than one gunshot wound, and several guns were found at the home, one of which was a semi-automatic military-style rifle. Investigators were trying to determine who owned the guns.

Authorities also declined to release details of any conversation that the 15-year-old had with investigators. The teenager was booked on two counts of murder and three counts of child abuse resulting in death.

The Associated Press is withholding the suspect's name during the initial investigation because he is a juvenile.

On Sunday, a police roadblock cut off public access to the narrow dirt road that leads to the home, which is surrounded by trees and an agricultural field on one side.

Neighbors said they saw the first police cars and ambulances arrive at the home Saturday night. The road was blocked and word of the shootings began to make its way through the neighborhood.

Peter Gomez, a 54-year-old carpenter who lives about 200 yards from the home, said he had seen the family — a husband and wife and their four children — pass by many times but didn't know them personally.

"It's a horrible thing," Gomez said. "You see all this stuff that happens all over the country, the shootings in the schools and theaters, and then it happens right here. It's sad."