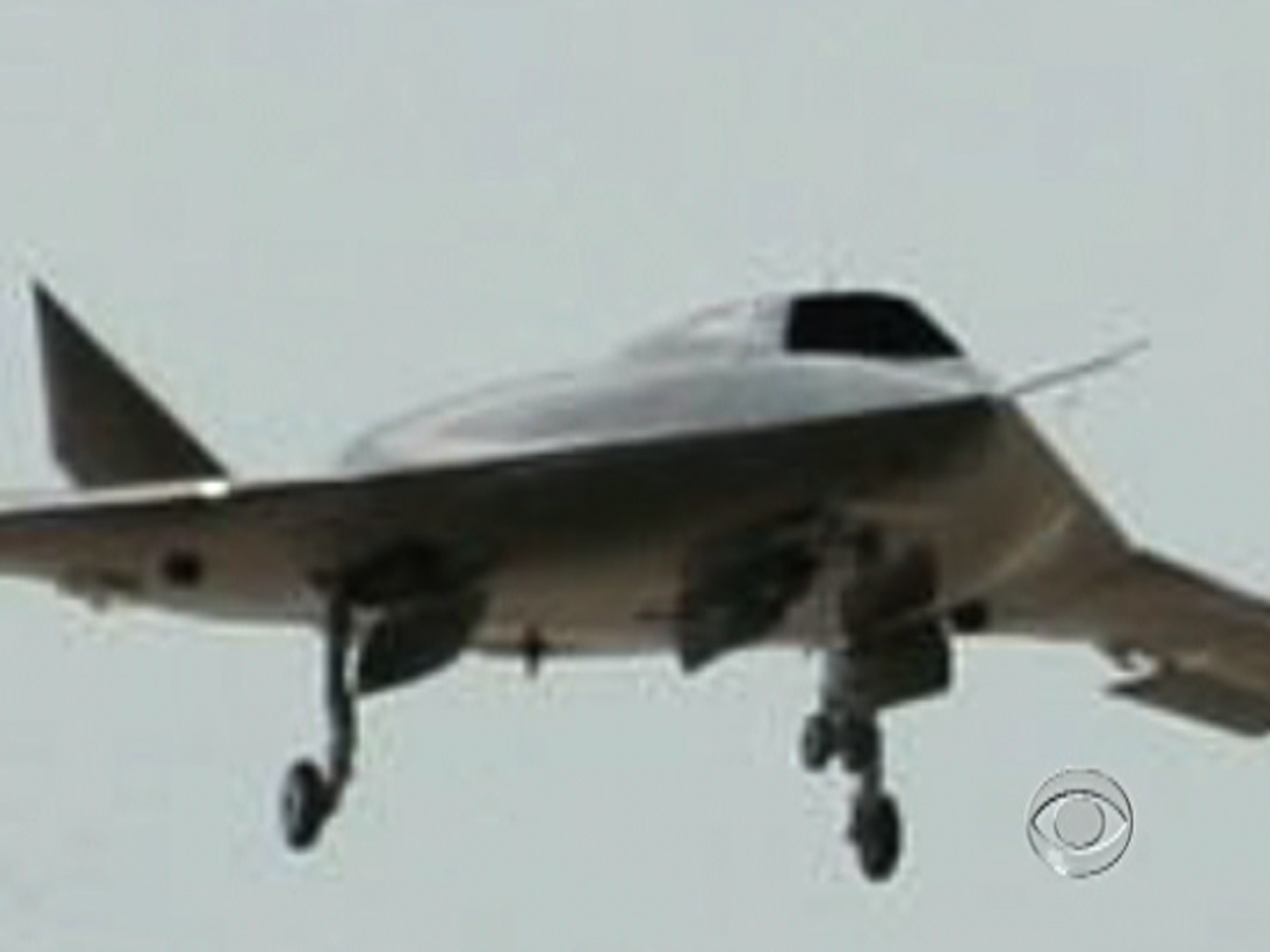 WASHINGTON - A drone that crashed inside Iran over the weekend was one of a fleet of stealth aircraft that have spied on Iran for years from a U.S. air base in Afghanistan, U.S. officials told the Associated Press.

They say the CIA stealth-version of the RQ-170 unmanned craft was also used to survey Osama bin Laden's compound before the May raid in Pakistan.

According to these officials, the U.S. has built up the air base in Shindad, Afghanistan, with an eye to keeping a long-term presence there to launch surveillance missions and even special operations missions into Iran if deemed necessary. The officials spoke on condition of anonymity to discuss classified information.

The officials say that while no specific mission into Iran has been authorized, the military has contingency plans for such clandestine missions.

Meanwhile, Iran's state radio reported Wednesday that the spy plane was deep inside Iran's airspace, flying over an eastern town famous for Persian carpets and saffron when it was downed by Iranian armed forces.

The report said the drone was detected by Iranian forces over the eastern town of Kashmar, some 140 miles from the border with Afghanistan.

"The U.S. smart plane was captured by Iranian anti-aircraft units somewhere in the sky over Kashmar in the east of the country," the radio said. It did not speculate as to why the drone flew over the town, which lies in an agricultural area known for the production of saffron and Persian carpets.

The radio added that Iran will "soon" broadcast video footage of the downed drone.

Iran first reported the downing on Sunday but did not say when the incident happened. At the time, the official IRNA news agency said Iran's armed forces had shot it down — a claim later rejected by U.S. officials who said the drone crashed over the weekend but that there was no indication it had been shot down.

Joe Cirincione, president of Ploughshares and a member of the Council on Foreign Relations, talked with CBS News National Security correspondent Bob Orr on Monday, to to explain the capabilities of the U.S. drone that Iran captured.

On Wednesday, Iran's hardline Kayhan daily quoted an unnamed military expert as saying Iranian forces did not shoot down the drone. The expert, though, said the Iranian military is capable of bringing it down in such a way that the "body of the plane and its parts remain intact."

Iran confirmed for the first time in 2005 that the U.S. has been flying surveillance drones over its airspace to spy on its nuclear and military facilities.

Faced with international sanctions over its controversial nuclear program, Iran has been trying to build up its own military technology.

It unveiled its first domestically built unmanned bomber in 2010, calling the aircraft an "ambassador of death" to Iran's enemies. Two year earlier, Tehran announced it had built an unmanned aircraft with a range of more than 600 miles, far enough to reach Israel.

Both Israel and the United States have not ruled out a military option against Iran's nuclear facilities, which the West suspects aim to make atomic weapons — a charge Iran denies.