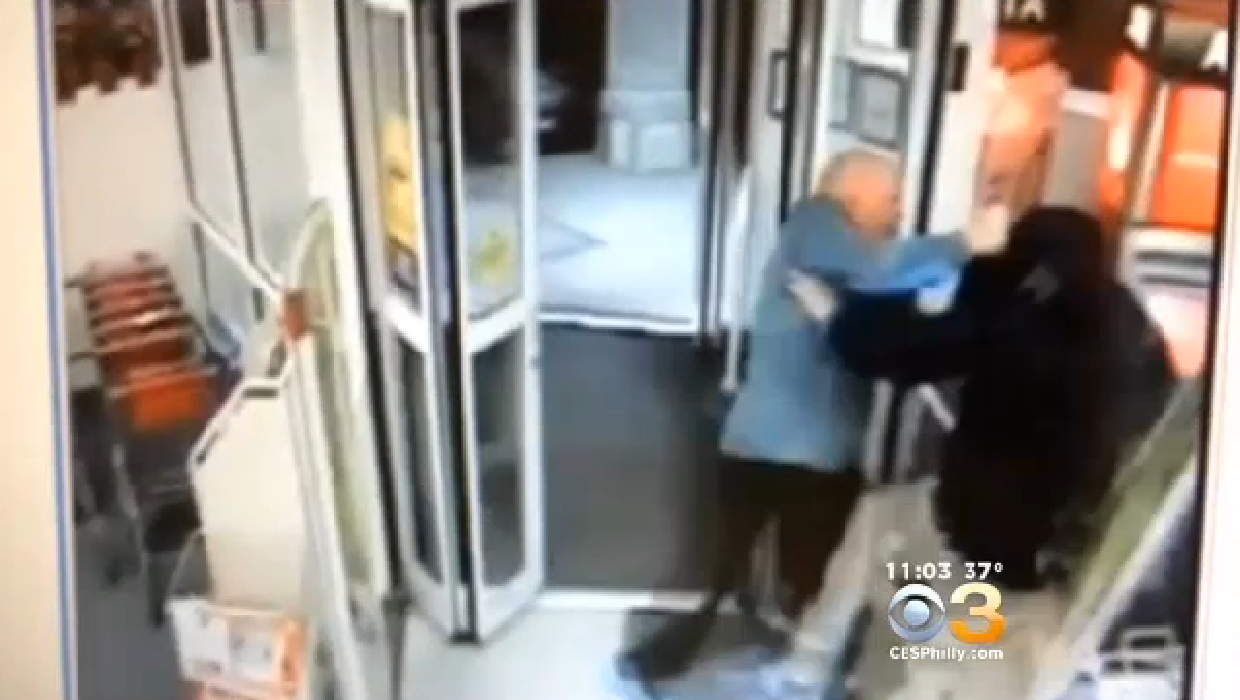 RUNNEMEDE, N.J. - An off-duty New Jersey police sergeant and his 18-year-old son were running errands at a CVS in Runnemede Monday when they got up close and personal with a robbery suspect trying to make a getaway, reports CBS Philly.

"When I was at the counter checking out and getting ready to walk out the door, I observed a male walking up the aisle with a mask on like halfway up his face," said Sgt. Dan Murray.

The suspect had just allegedly robbed a pharmacist at the back of the store at knife-point and was believed to be toting at least $11,000 worth of OxyContin and Percocet towards the exit, reports the station.

"There was another customer, a Runnemede resident, chasing him, asking me to stop him," said Sgt. Murray.

Store surveillance video captured the scuffle that came next. Sgt. Murray and his son tackled the suspect before he made it out the door, reports the station.

"I grabbed him at the front of the door and started wrestling with him. At that time my son Bryan Murray jumped in and helped me and we detained the subject until uniformed police officers arrived," said Sgt. Murray.

"He went to just being a cop, you could tell he knew exactly what he was doing, it was really something else, you know. He's saying I'm the hero, I think he's the hero, I'm really proud of him," said the son, Bryan.

For Sgt. Murray, an 18-year veteran of the Runnemede Police Department, it's what he's professionally trained to do on or off-duty.

His son's motive for helping to foil this robbery is much more personal.

"I wasn't even thinking of him stealing, I was thinking about him trying to harm my dad, to be honest with you. I'm glad I stopped him from stealing, but the main thing for me was to try to help my dad," said Bryan.

Twenty-seven-year-old Matthew Donohoe, of Runnemede, NJ, will face robbery, aggravated assault and other charges in connection with the incident. He's being held on $100,000 bail, reports the station.