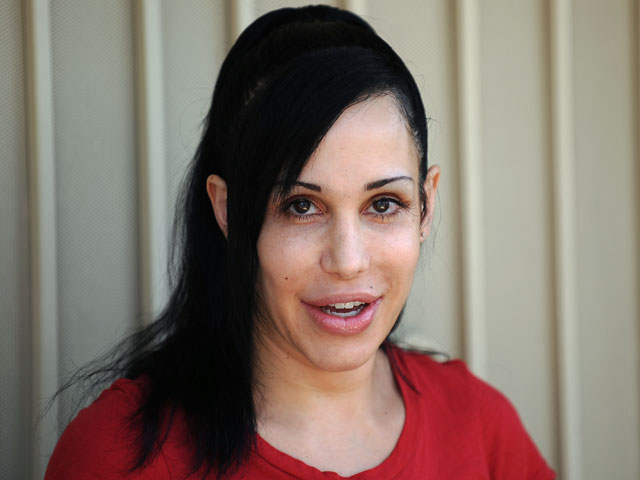 (CBS/AP) "Octomom" Nadya Suleman was paid a visit from police and California child welfare officials on Tuesday after a complaint that her 14 children were living in filth.

Officials say they did not find evidence that the children are in any danger.

According to TMZ, Suleman's hairstylist told police that the house was a mess and that there was only one working toilet in the home.

Barnes told City News Service that someone reported filth in the home.

The 36-year-old Suleman became known as Octomom after she gave birth to eight babies in January 2009. They are the world's longest-living octuplets.