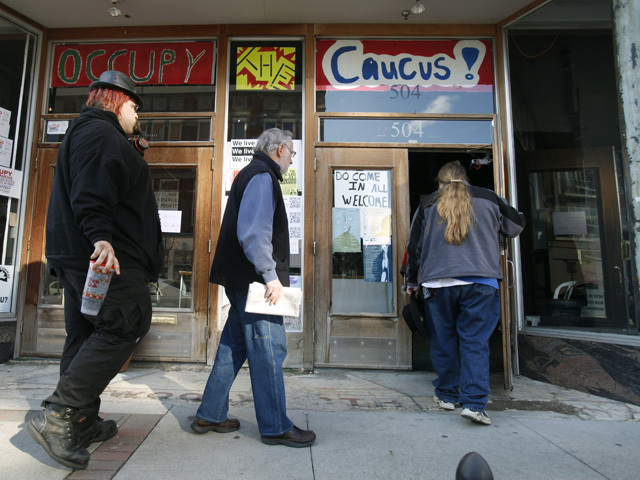 The Iowa Republican party is moving its caucus night vote counting operation to an undisclosed location because of planned "Occupy Iowa Caucus" protests.

State GOP chair Matt Strawn was critical of the protests and said it's ironic that the Occupy movement is focusing on the Iowa caucuses.

"There's really no more grassroots process in American politics than the Iowa caucuses," Strawn said in an interview. "So it's a little puzzling why they'd choose to disrupt that process."

Strawn said the party is coordinating with local law enforcement to ensure smooth operations next Tuesday at the 1,774 precincts around the state.

"We're taking additional safeguards when it comes to the counting and tabulating and reporting of the caucus night results to make sure they're done in a timely and accurate fashion," he said.

In past years the counting took place at Republican Party headquarters, Strawn said. On Tuesday, it will happen at a secret location that will be known to the campaigns, which will have representatives on hand to view the vote count.

Strawn wasn't specific about caucus night concerns, but a handful of protesters were arrested on Wednesday trying to enter the Des Moines campaign headquarters of Mitt Romney.

Occupy activists from around the country have convened in Iowa to join local activists in an effort to draw attention to economic and political inequities.

Arthur Sanders, professor of politics at Drake University in Des Moines, said they area already succeeding by that measure.

"They see an opportunity to draw attention to what they think is important, which is a very different agenda than the Republican candidates have," he said. "They'll get the attention they want."