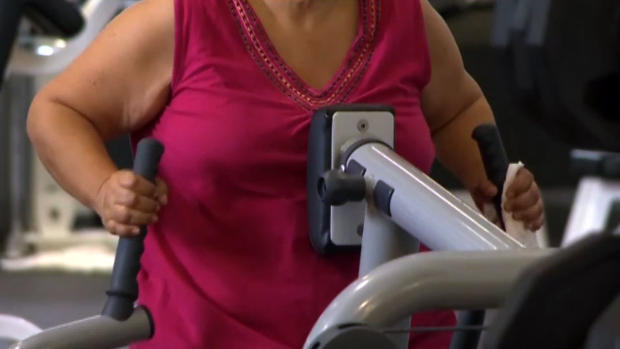 If your body mass index (BMI) says you’re obese but you’ve managed to avoid related diseases like diabetes and high blood pressure and cholesterol, does that make you healthy?

According to a new study, the answer is no.

Researchers at Mount Sinai Hospital in Toronto reviewed eight studies conducted between 1950 and 2013, and found obese people who were otherwise healthy were still more likely to die prematurely or have a heart attack or stroke in the long term than healthy normal-weight individuals.

The researchers conclude the notion of being overweight and healthy is nothing more than a myth.

"The idea that we don’t need to target health care resources toward obese people whose lab tests are ‘normal’ turns out to be false,” lead study author Dr. Catherine Kramer, a postdoctoral fellow in endocrinology at Mount Sinai, said in a statement. “If they can start to lose weight, that’s a benefit.”

Individuals who are overweight or obese and don’t engage in enough physical activity are at risk for what’s called “metabolic syndrome,” a name for a group of risk factors that raise a person’s chances of developing heart disease, diabetes and stroke.

People need at least three of the following risk factors to be diagnosed with metabolic disease, according to the National Heart, Lung and Blood Institute: a large “apple shape” waistline, high triglyceride levels (a type of fat found in the blood), low HDL “good” cholesterol, high blood pressure and high fasting blood sugar (a potential early sign of diabetes).

People with the disease have an increased risk of many health issues including heart attack and stroke.

The researchers focused on people who didn’t have these metabolic risk factors but still had high BMIs -- a ratio of height over weight -- that classified them as overweight (BMI 20-25) or obese (BMI >30). Medical records on more than 61,000 people were analyzed, and each person was tracked for an average of 10 years.

The study revealed obese people without metabolic health issues were still nearly 25 percent more likely to have a heart attack, stroke or die after 10 years than people who were normal weight.

Metabolically healthy overweight people had a similar risk to normal weight people, but the researchers warned they likely weren’t in the clear.

"This is a sign for us,” Kramer told the CBC. “Maybe they are still healthy now, but in five, 10 years, maybe [the weight] will have an effect on metabolic health."

The study was published Dec. 2 in the Annals of Internal Medicine.

In an accompanying editorial published in the same journal issue, two obesity experts at the Anschutz Health and Wellness Center at the University of Colorado in Aurora affirm that the new research provides strong evidence that "'healthy obesity’ is a myth."

“The review casts doubt that any obese persons have no long-term risk for cardiometabolic disease,” wrote Drs. James Hill and Holly Wyatt of Anschutz.

“Although many health care providers argue that avoiding diabetes and cardiovascular disease is the most important reason to tackle obesity, many patients would probably prioritize other outcomes,” they wrote. “We believe that there are many good reasons to lose weight.”

One expert cardiologist told CBSNews.com in an email that the study raises questions that other factors -- like inflammation -- may influence early death in obese people.

“The question is why is obesity alone killing people?” asked Dr. Valentin Fuster, physician-in-chief of the Mount Sinai Hospital in New York City (which is unrelated to the Toronto institution sharing the same name).

“There are other critical repercussions of obesity that are playing a strong role inside the body’s tissues as a result of obesity. Further research is being done into this phenomenon,” he said.