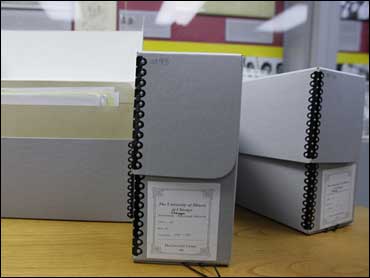 This column was written by David Freddoso.

Similarly, this week, his campaign claimed that when Obama entered William Ayers's home in 1995 to raise money for a state-senate run, the future presidential hopeful didn't know Ayers was a former terrorist.

So by his own account, Obama wanders through life completely unaware of his surroundings.

To be fair, there is no conclusive proof that Obama was ever filled in on Ayers. A lot of the most well-known information came out since the fundraiser: Ayers wrote a 2001 memoir claiming credit for bombing the Pentagon. He posed for that famous photograph trampling the American flag. He said that he had not done enough during his terrorist days to force America out of Vietnam. He told the New York Times that the patriotic outburst of national unity after the 9/11 attacks made him "want to puke."

Perhaps Obama really did know nothing about Ayers's unrepentant terrorism at that fundraiser, and even that same year, when Obama became the first chairman of the Chicago Annenberg Challenge - an education-reform project Ayers had founded, on whose board Obama would serve until it ended in 2001 (he was chairman until 1999).

But Obama's work on the Challenge says a lot about the candidate's leadership abilities.

The Challenge, which operated in 210 Chicago schools between 1996 and 2001, comprises the only serious executive experience in Obama's career. In 2000, during his failed run for Congress against incumbent Rep. Bobby Rush (D., Ill.), Obama bragged about his role in the project. During a televised debate, Obama argued that his relative lack of experience in office was no reason he would not be a good congressman.

"My experience previous to elected office equips me for the job," Obama said. "I have chaired major philanthropic efforts in the city, like the Chicago Annenberg Challenge, that gave $50 million to prompt school-reform efforts throughout the city."

So how did he do?

The final technical report of the Chicago Annenberg Challenge is available online here. We learn that the program received a $50 million grant from the Annenberg Foundation, on the condition that they raise at least twice as much (they did slightly better than the requirement, spending $160 million total when all was said and done) and commission their own evaluation. The report includes a lengthy description of the Challenge's goals and methods, and a 33-page description of the methodology used to measure its progress. The bottom line is in the report's executive summary:

In the last two years of the project, certain schools were identified as "breakthrough" schools. Annenberg's board dedicated more money and resources to these. The report notes on page 73 (114 in the PDF):

There were virtually no statistically significant differences between Breakthrough and other Annenberg schools in these student outcomes.

Bear in mind that Chicago schools set a pretty low bar to begin with. The four-year graduation rate in the city's high schools, depending on how you measure it, is as low as 54 percent. According to one recent study, only 6 percent of entering freshmen in Chicago public high schools will obtain college degrees by age 25. Only 31.4 percent of Chicago high-school juniors met or exceeded state standards on the Prairie State Achievement Examination.

Obama's campaign points out that Barack Obama was only a boy when William Ayers and his friends were plotting bombings and placing bombs. They point out that Obama does not and never has supported terrorism. And they are correct on both points.

But forget about the terrorism. We can assume, albeit charitably, that he had no idea about Ayers even as late as 2000. What's more important is that Obama was an adult when he was given responsibility for the Annenberg Challenge, that responsibility represents his only significant executive experience, and the Challenge was a waste of $160 million in other people's money.

With that kind of experience, just think what Obama could do as president of the United States.
By David Freddoso
Reprinted with permission from National Review Online