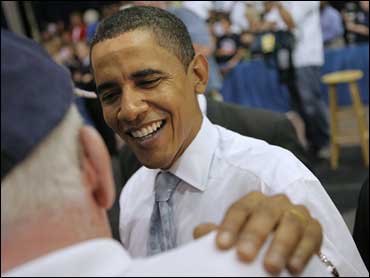 This column was written by Cesar Conda.

Senator Barack Obama declared in a recent interview on the business cable channel CNBC: "Look, I am a pro-growth, free-market guy. I love the market." And Obama's economic team appears to support this claim. His main advisers, Jason Furman and Austan Goolsbee, are both centrist, pro-free traders; one is a defender of Wal-Mart, and the other is a self-described "free-market type" who has drawn praise from the likes of George Will.

If Obama wins the White House, Furman and Goolsbee are slated to be at the center of the economic policymaking universe, with Furman a likely appointee as director of the National Economic Council and Goolsbee the top candidate to be the chairman of the Council of Economic Advisers. So do these possible appointments indicate that a President Obama would move towards the center and become a "free market guy" as feared by the left or follow through with his statist campaign platform of protectionism and expansion of the regulatory state?

Although Austan Goolsbee is a professor at the University of Chicago Graduate School of Business, he is not a part of the famous "Chicago School" of such prominent free-market macro-economists as George Stigler and Milton Friedman. Rather, he's one of the young economists whose work is referred to as the "new social economics," focusing on how people behave and make decisions in their everyday lives. He has written columns for the New York Times on such topics as why Americans came to embrace reality TV and why billionaires line up to bid for professional sports franchises.

On the left-to-right spectrum, Goolsbee appears to be smack-dab in the middle. He is pro-free trade, not an alarmist on globalization, and a defender of subprime lending on the grounds that it has expanded home-ownership for minorities. But he is opposed to supply-side tax cuts--especially any further reductions in the top marginal rate--and personal retirement accounts for Social Security, and thinks the Internal Revenue Service should become the nation's largest tax preparer.

According to George Will:

Goolsbee no doubt has lots of dubious ideas--he is, after all, a Democrat--about how government can creatively fiddle with the market's allocation of wealth and opportunity. But he seems to be the sort of person--amiable, empirical and reasonable--you would want at the elbow of a Democratic president, if such there must be.

Both Furman and Goolsbee have admirers on the right. Kevin Hassett of the American Enterprise Institute (one of John McCain's economic advisers) calls Goolsbee "an honest and honorable scholar who can be quite clever academically. He is left-leaning, but would be a voice of reason in an Obama administration." Of Furman, Hassett says: "Jason is a lot like Goolsbee, but has been more politically active. His deep well of experience will serve Obama well." Glenn Hubbard, a former chairman of the Council of Economic Advisers under President Bush, said: "Austan Goolsbee is a very talented young economist; indeed, I wish he was on my faculty at Columbia Business School (even though I disagree with his research showing a small distortionary effect of high marginal tax rates)." Hubbard went on to say: "A team of Austan and Jason gives the Obama campaign punch in economic ideas--though the statist platform of the candidate suggests they have a tough road ahead!"

With such fans, it's not surprising that Furman and Goolsbee's roles on the Obama campaign are generating quite a bit of angst on the left. Lori Wallach of Public Citizen told the Los Angeles Times: "Furman seems like a liability, given his anti-worker writings and statements about Wal-Mart, fair trade and other middle-class issues." In that same article, Marco Trbovich of the United Steelworkers said: "[Furman] is a very bright fellow, but he is an unalloyed cheerleader for the trade policies that have been very destructive to manufacturing jobs in this country." In an article in the Nation about both Furman and Goolsbee, entitled "Obama's Chicago Boys," Naomi Klein wrote: "But before Obama can purge Washington of the scourge of Friedmanism, he has some ideological housecleaning of his own to do."

But how much comfort can conservatives take from Obama having such "reasonable" economic advisers? There is certainly no question that an Obama administration is a frightening prospect for free-market advocates. This self-described "free market guy" has said he opposes the Central American Free Trade Agreement (CAFTA) and will reopen the North American Free Trade Agreement (NAFTA). He would sign legislation raising the minimum wage and ending secret balloting for workers deciding on unionization. He would require employers to pay for health insurance for their workers, mandate coverage for all children, and expand Medicaid and other government programs. He wants higher fuel-economy standards for new cars and trucks, power companies to produce some of their electricity from solar and renewable sources, and federal ethanol mandates.

Furman and Goolsbee are obviously in agreement with much of this agenda, and both have been strong advocates of progressive taxation. Goolsbee, in particular, has taken direct aim at the conservative movement's biggest economic policy achievement of the past three decades: the sharp reduction in marginal tax rates, especially the top personal income tax rate. He is a leader in the liberal onslaught against the Laffer Curve, producing research to show that income tax cuts "for high-income taxpayers likely gave windfalls to those whose incomes were already sharply rising because of broader market forces."

And, while both Furman and Goolsbee purport to believe in free trade, they seem to have no trouble working for a candidate with a pronounced and public protectionist bent. Obama's promise to reopen NAFTA alone should cause any degree of free-market economist pause. The facts about NAFTA's benefits are unassailable: Since its enactment in 1993 through 2001, U.S. employment increased from 120 million to 135 million. Jason Furman should certainly know the benefits of NAFTA inside and out; he served as a special economic assistant to President Bill Clinton, for whom the passage of NAFTA was a major political victory in 1993. That Furman and Goolsbee have suspended their belief in free trade does not bode well for how hard they would fight protectionism in an Obama White House.

The next president and his economic team will face enormous challenges--from managing the decline in the housing market to stabilizing the U.S. dollar and reducing energy prices. Furman and Goolsbee will be at the elbow of a President Obama, if there is one. To date, they have shown little appetite for fighting for free-market views and appear perfectly comfortable working for a candidate who is running on a statist platform of protectionism and bigger government.
By Cesar Conda
©