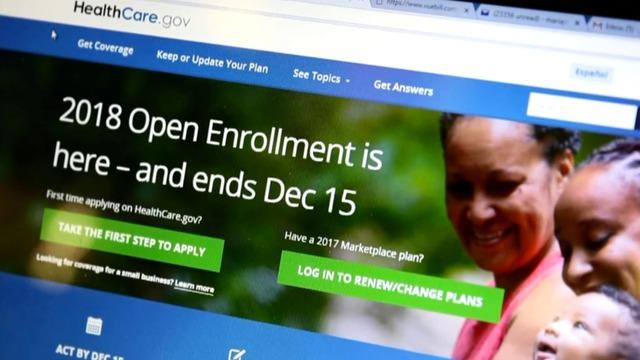 Open enrollment for Affordable Care Act plans dipped slightly this year over last year, according to the head of the Centers for Medicare and Medicaid Services.

President Trump — and many Republican lawmakers — pledged to repeal and replace the ACA. But so far, Republicans have been unable to do so, and Senate Majority Leader Mitch McConnell, R-Kentucky, said on NPR this week that he doesn't see repealing the law on the Senate's agenda in 2018.

In the past, Mr. Trump has said Obamacare is dying, and has said he wants to "let Obamacare fail." But Mr. Trump and the GOP are looking for other ways to unravel former President Barack Obama's signature legislation.