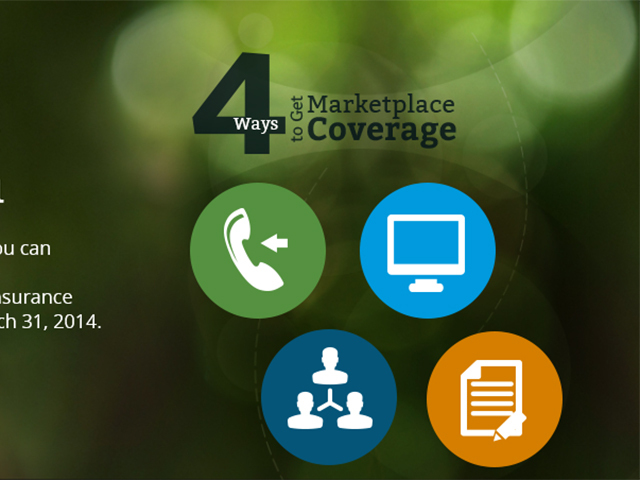 Caught flat-footed by the challenges of building the financial-management and accounting parts of the U.S. government's new online marketplace for health insurance, officials rushed to hire a familiar contractor without seeking competing bids, according to government procurement documents reviewed by Reuters.

The documents dated in August - less than two months before the opening of online marketplaces established by President Barack Obama's landmark healthcare law - showed the agency in charge had only "recently learned" that building the financial management functions was "beyond (its) currently available resources."

The Centers for Medicare & Medicaid Services (CMS) documents shed more light on the problems facing the agency as it worked on the new Obamacare marketplaces. On Tuesday, CMS's deputy chief information officer Henry Chao told a congressional panel that 30 to 40 percent of the federal marketplace was still under construction.

The contract, valued at nearly $12 million, was awarded on Aug. 9 to Novitas Solutions, according to the documents. Novitas has numerous contracts with CMS, including to administer doctor and hospital claims in the federal Medicare program for elderly Americans. Novitas is a subsidiary of Diversified Service Options, which is wholly-owned by Blue Cross and Blue Shield of Florida .

CMS spokeswoman Joanne Peters said on Friday and on Saturday that representatives of the agency were unavailable to comment on the contract or on an estimate of when the financial management part of the marketplace is expected to be finished.

Although the consumer-facing part of the marketplace, the HealthCare.gov website, opened for enrollments on Oct. 1, CMS had a goal of Jan. 1, 2014 for the financial components of the system to be operational.

"The prospect of a delay...even for a few days, would result in severe consequences, financial and other," CMS said in a "justification and approval" document explaining the lack of competition for the contract.

The problem-plagued HealthCare.gov is being worked on by contractors racing to fix it by the end of November so that people can enroll in insurance plans for 2014 under the 2010 Affordable Care Act.

Federal agencies are normally required to solicit bids for work, so as to get the best deal for taxpayers, but can award a contract to a favored company in emergencies as long as they document the urgency.

A few weeks after taking office in 2009, Mr. Obama issued a memorandum to government agency heads ordering them to minimize the use of non-competitive contracts, calling them potentially "wasteful, inefficient, subject to misuse."

The procurement documents made clear how crucial the financial functions on the healthcare portal are. If payments were not made on time and accurately, CMS said, "operation of the Marketplace and the Affordable Care Act will certainly be jeopardized."

Financial management includes such functions as transmitting premium payments to insurers. Building that capability into the Obamacare marketplace "is already minimally two months overdue," according to the August documents.

Just a few weeks before the financial-management contract was awarded, according to emails released last week by the House Energy and Commerce Committee, CMS officials were becoming increasingly concerned about the status of the federal insurance marketplace, asking for assurance that the lead contractor was not "going to crash the plane at take-off."

Asked about how Novitas was awarded the contract and the work it is doing, Florida Blue spokesman Mark Wright said a company official told him, "We're not going to be able to get into this right now."

Chao told a House Energy and Commerce subcommittee that CMS and its contractors had focused on building HealthCare.gov so it could launch on Oct. 1, postponing construction of "the financial management aspects of the system."

The lead contractor on HealthCare.gov, the U.S. subsidiary of Canada's CGI Group Inc, is also involved in building the financial management piece of the marketplace, a company official said.

The construction "is a bigger problem than people realize," said Robert Booz, a vice-president and healthcare specialist at technology consultant Gartner.

"Everyone recognizes it's going to be a problem in January," he said, referring to financial management. In the worst case, if financial records are wrong, then people who have signed up for, and paid a monthly premium for, insurance may be told incorrectly that they are not covered.

While the administration scrambles to improve the website, Congress is continuing its investigations into its botched rollout.

The House Committee on Oversight and Government Reform on Monday morning convened a second field hearing on the matter, this time with a hearing in Gainesville, Ga., exploring the health law’s impact on rural America. The hearing will be hosted by Rep. Doug Collins, R-Ga., and lawmakers will hear from a doctor who operates a clinic, a small business owner and a former pharmacy owner.

Democrats have acknowledged the website’s problems but charge that Republicans on the Oversight Committee are conducting the ongoing field hearings for political gain.