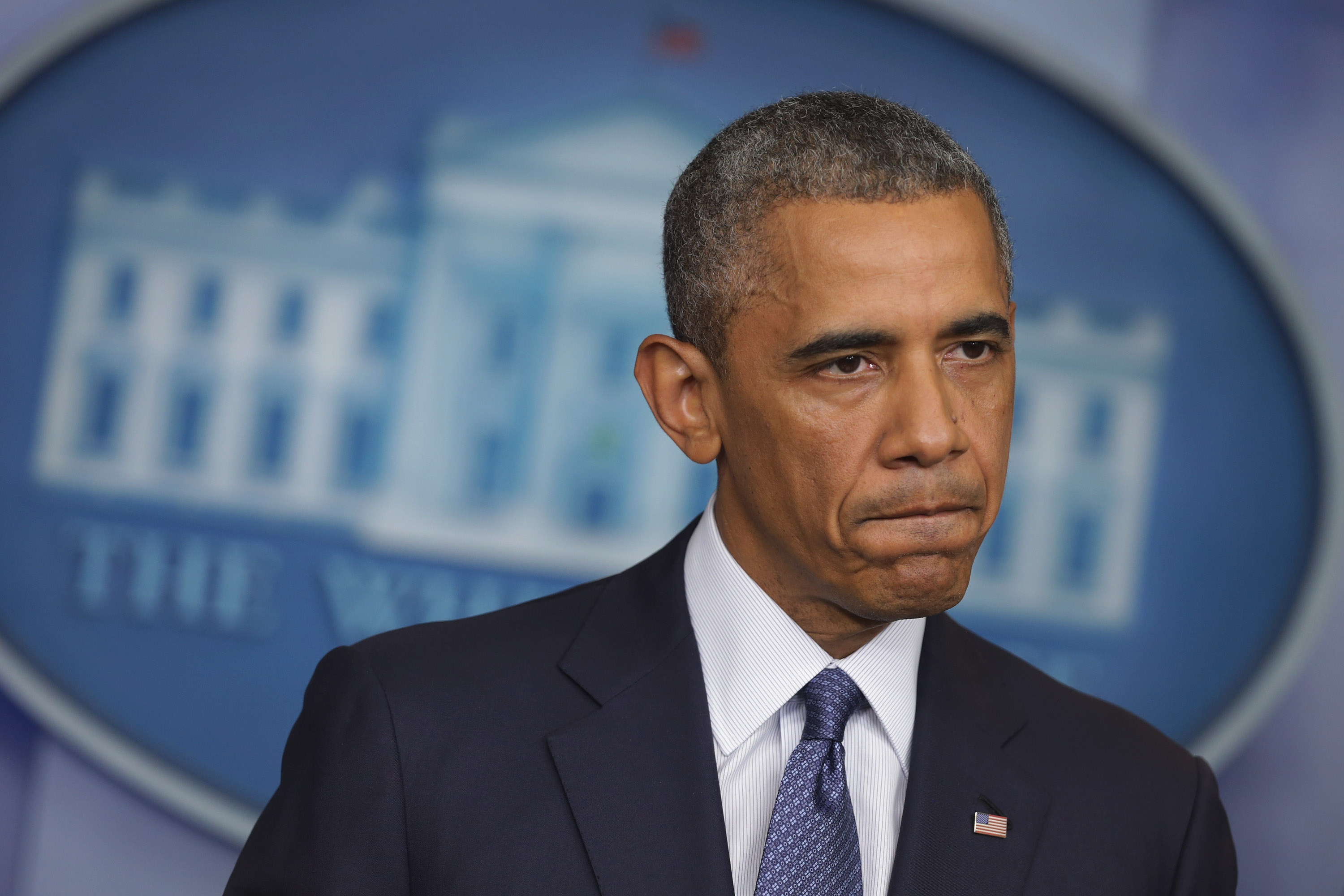 WASHINGTON -- The United States tortured al Qaeda detainees captured after the Sept. 11,2001 attacks, President Obama acknowledged Friday, in some of his most expansive comments to date about a controversial set of CIA practices that he banned after taking office.

"We tortured some folks," Obama said at a televised news conference at the White House. "We did some things that were contrary to our values."

Addressing the impending release of a Senate report that criticizes CIA treatment of detainees, Obama said he believed the mistreatment happened because of the pressure national security officials felt to forestall another attack. He said Americans should not be too "sanctimonious" about passing judgment through the lens of a seemingly safer present day.

That posture, which he expressed as a candidate for national office in 2008 and early in his presidency, explains why Obama did not push to pursue criminal charges against the Bush era officials who carried out the CIA program. To this day, many of those officials insist that what they did was not torture, which is a felony under U.S. law.

Still, Obama's remarks on Friday were more emphatic than his previous comments on the subject, including a 2009 speech in which he trumpeted his ban of "so-called enhanced interrogation techniques," and "brutal methods," but did not flatly say the U.S. has engaged in torture.

"I believe that waterboarding was torture and, whatever legal rationales were used, it was a mistake," he said in April 2009.

Obama on Friday did not address two other central arguments of the soon-to-be-released Senate report - that the brutal interrogations didn't produce life-saving intelligence, and that the CIA lied to other elements of the U.S. government about exactly what it was doing.

"This is a question about the credibility of the CIA and what they said about the effectiveness of this program," said CBS News National Security Analyst Juan Zarate. "What we're going to see is, out in the open, further debate about the enhanced interrogation techniques that were applied by the CIA in the first and early parts of the Bush administration."

The president also expressed confidence in his CIA director, John Brennan, in the wake of an internal CIA report documenting that the spy agency improperly accessed Senate computers. There have been calls for his resignation by congressional lawmakers.

Transcript: Sen. Rick Scott on "Face the Nation"
Thanks for reading CBS NEWS.
Create your free account or log in
for more features.
View CBS News In
CBS News App Open
Chrome Safari Continue
Be the first to know
Get browser notifications for breaking news, live events, and exclusive reporting.