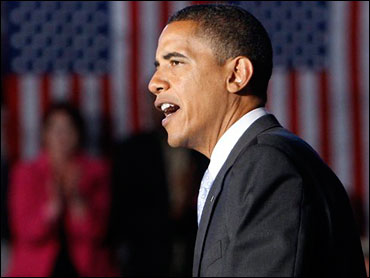 Barack Obama promised Tuesday to double funding for charter schools, pay teachers based on performance and replace those who aren't up to the job, embracing education proposals normally more popular with Republican candidates.

The Democratic presidential nominee says both parties must work together to improve education in a pitch to independent voters in this presidential election swing state, where the fight over education reform has been the focus of a longtime partisan battle. It was the first of two days that Obama was spending on education policy.

Days after Republican candidate John McCain talked up the idea of school choice at the GOP convention, Obama proposed to give parents more options, too - but not with a federal voucher program to pay for private schools, something McCain has supported. Instead, Obama seeks to create an array of new public schools.

Despite his rhetoric, McCain is not proposing a federal voucher plan. Instead, he is proposing only to expand the voucher program in Washington, D.C.

The federal government spends about $200 million a year on charter schools, independently run institutions that receive public money. Obama's proposal would take that up to over $400 million.

Obama recognized that charter schools have been a source of debate in Ohio. Past Republican administrations used charter schools and private school vouchers to offer families a way out of troubled public schools. But Democratic Gov. Ted Strickland has been trying to scale back the programs to focus taxpayer money on more traditional public schools.

The Ohio Federation of Teachers has complained about the management of some charter schools, which has moved money away from the schools where its members work. The union has asked the Internal Revenue Service to investigate for-profit charter school operator White Hat Management for allegedly violating the terms of the tax-free status assigned to some of its schools.

"I'll work with all our nation's governors to hold all our charter schools accountable," Obama told an audience that included many educators and members of teachers unions. "Charter schools that are successful will get the support they need to grow. And charters that aren't will get shut down. I want experimentation, but I also want accountability."

While teachers unions typically oppose the idea of performance-based merit pay, Obama is embracing the idea along with demands that teachers who don't meet standards are removed from the classroom. Obama's campaign said teacher performance could be judged by peer review, student test results, classroom evaluations or other processes.

"One of the things we'll have to do, and this is something that I know sometimes is difficult, is teachers who are doing a poor job, they've got to get extra support," Obama said. "But if they don't improve, then they have be replaced. Because as good teachers are the first to tell you, if we're going to attract the best teachers to the profession, we can't settle for schools filled with teachers that aren't up to the job. That is something that we have to embrace."

Obama also is proposing a new $500 million matching fund for technology in the classroom.

At the same time he called for an end to partisan bickering over education, Obama accused McCain of failing to do anything to improve the quality of public education during nearly three decades in Washington. "Not one real proposal or law or initiative. Nothing," Obama said.

A new Obama television ad contends that the Arizona Republican voted to cut education funding and voted against accountability standards.

"Without a single achievement on education reform, Barack Obama has resorted to a desperate attack with absolutely no basis in fact. John McCain has proposed new education reforms to empower parents and students while reducing the influence of the unions and government bureaucrats that support Barack Obama's candidacy," Bounds said.