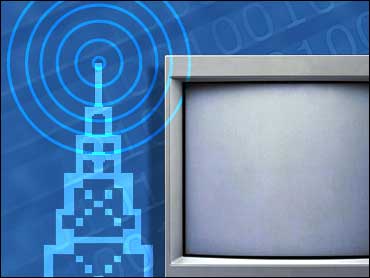 President-elect Barack Obama is urging Congress to postpone the Feb. 17 switch from analog to digital television broadcasting, arguing that too many Americans who rely on analog TV sets to pick up over-the-air channels won't be ready.

In a letter to key lawmakers Thursday, Obama transition team co-chair John Podesta noted that the Commerce Department has run out of money for coupons to subsidize digital TV converter boxes for consumers. People who don't have cable or satellite service or a new TV with a digital tuner will need the converter boxes to keep their older analog sets working.

Obama officials are also concerned that the government is not doing enough to help consumers prepare for and navigate the transition.

"With coupons unavailable, support and education insufficient, and the most vulnerable Americans exposed, I urge you to consider a change to the legislatively mandated analog cutoff date," Podesta wrote.

"If they do not get their coupon in time, we recommend that they either buy a converter box without a coupon, buy another television, or connect to cable, satellite or another pay television service," says Meredith Atwell Baker, with the National Telecommunications and Information Administration.

Congress required that broadcasters switch from analog to digital broadcasts, which are more efficient, to free up valuable chunks of wireless spectrum. The newly available room in the airwaves can be used for commercial wireless services and for emergency-response networks.

Podesta's letter went to the top Democrats and Republicans on the Senate and House Commerce committees. Congress mandated the Feb. 17 changeover and would have to pass a new law to postpone the date.