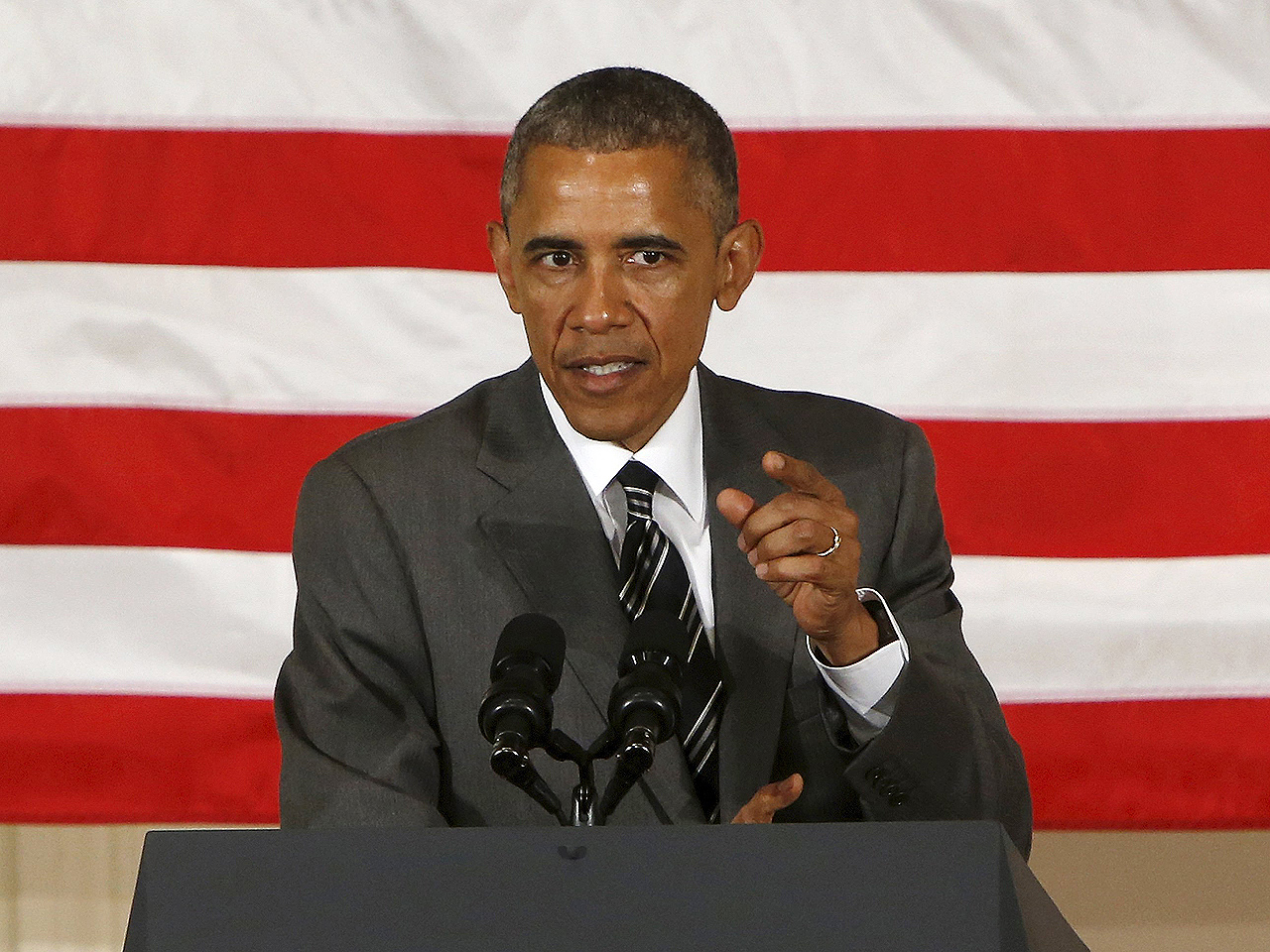 PORTLAND, Oregon -- President Obama landed in Portland Thursday evening to press his case for an Asia-Pacific trade deal that he says would boost U.S. exports to 11 nations and strengthen environmental and labor protections for workers abroad.

Mr. Obama, headlining a fundraiser in downtown Portland, was greeted by some 200 protesters opposed to that very deal.

The U.S. has been negotiating the Trans Pacific Partnership (TPP) trade pact since 2005. Before the Obama administration can finalize the TPP, congress must pass so-called fast track authority, which would give the executive branch power to negotiate an agreement unilaterally. If a deal is reached, congress would have a chance to vote up or down on it, but not amend it.

"We believe that securing a trade deal will be good for American workers and good for the American workforce," said White House spokesman Eric Schultz.

An unusual political alliance has taken shape around the negotiations, with many congressional Republicans lining up behind the president, and his usually reliable left-wing base trying to kill the deal.

Labor organizations like the AFL-CIO oppose the measure, arguing that it will lead to wage cuts for workers and American jobs being sent overseas in favor of cheaper labor.

Oregon resident John Walsh donated $2,000 to Mr. Obama's 2008 campaign, but he lost faith in the president because of the TPP and other trade deals Mr. Obama has negotiated since taking office. Walsh joined protesters chanting outside the Sentinel Hotel, where the president raised money for Democrats.

"The biggest concern is inequality. Trade deals benefit a small portion of the population, particularly very powerful transnational corporations, and damage the vast majority of people in all the countries involved," Walsh said.

Walsh works for a printing company in Portland and is a member of the Teamsters Union. After voting for the president twice, he left the Democratic Party.

On Friday, the president is scheduled to visit Nike headquarters in Beaverton, Oregon. The shoe and apparel giant, which does business in 190 countries, manufactures many of its products using low-wage factory workers in places like Vietnam, which has not always conformed to international labor standards.

Nike announced early Friday that it would add as many as 10,000 manufacturing and engineering jobs in the U.S. over the next 10 years if congress passes a fast track bill and a TPP deal is reached. The deal would cut tariffs on imports.

"Footwear tariff relief would allow Nike to accelerate development of new advanced manufacturing methods and a domestic supply chain to support U.S. based manufacturing," Nike said in a statement.