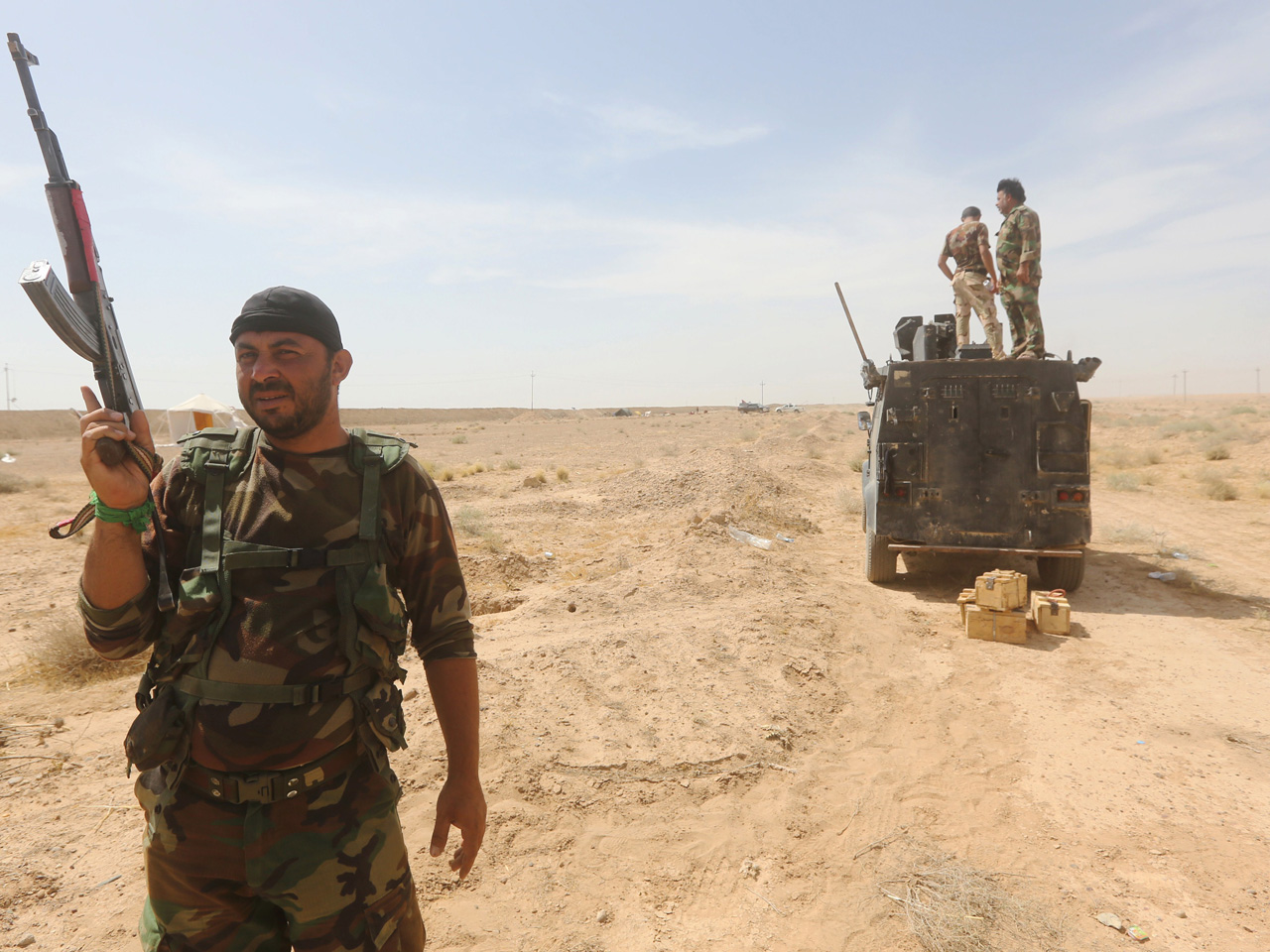 As the Iraqi government struggles to contain militants with the Islamic State of Iraq and Syria (ISIS), the U.S. is adjusting the U.S. strategy to help defeat the extremist group, which has rampaged across much of the Middle East since last summer.

President Obama will deploy an additional 450 U.S. military personnel to Iraq in a bid to expedite the training of Iraqi security forces, the White House announced Thursday. Just over 3,000 U.S. troops are currently in Iraq.

The inadequacy of the Iraqi government's military presence was laid bare last month when ISIS fighters staged a surprise takeover of Ramadi, a city west of Baghdad that was previously thought to be firmly under government control.

The infusion of U.S. troops announced Thursday will be directed to Anbar Province, where Ramadi is located, to help the Iraqi government retake the strategically vital city. American forces are not involved in the ground war against ISIS - they're operating exclusively in an advise-and-assist capacity.

"These new advisors will work to build capacity of Iraqi forces, including local tribal fighters, to improve their ability to plan, lead, and conduct operations against ISIL in eastern Anbar under the command of the Prime Minister," White House press secretary Josh Earnest explained in a statement.

Beyond the additional troops, the U.S. will also step up its material assistance to the Iraqi government and other forces fighting ISIS, the White House announced.

"The President has also directed the expedited delivery of essential equipment and materiel in coordination with the central government to Iraqi forces, including Peshmerga and tribal fighters, operating under Iraqi command, to ensure that our partners have the equipment needed to effectively fight ISIL," Earnest explained.

The White House said the U.S. will also step up its efforts to halt the flow of foreign extremists flocking to the Middle East to fight on behalf of ISIS.

Mr. Obama came under criticism this week when he acknowledged that the U.S. does not yet have a "complete strategy" to rout ISIS because such a plan would require a commitment from the Iraqi government to accelerate the training and recruitment of local security forces.

"One of the things that we're still seeing is, in Iraq, places where we've got more training capacity that we've got recruits...part of my discussion with [Iraqi] Prime Minister Abadi was how do we make sure we get more troops in," the president said. "When a finalized plan is presented to me by the Pentagon, then I will share it with the American people. We don't yet have a complete strategy because it requires commitments on the part of the Iraqis as well, about how recruitment takes place, how that training takes place. And so the details of that are not yet worked out."

It was a candid admission, and one that several observers noted was eerily similar to something the president said last August, as ISIS had begun seizing territory.

"I don't want to put the cart before the horse. We don't have a strategy yet," the president said then, stressing that the administration needed to consult with Congress and global partners before implementing a comprehensive plan.