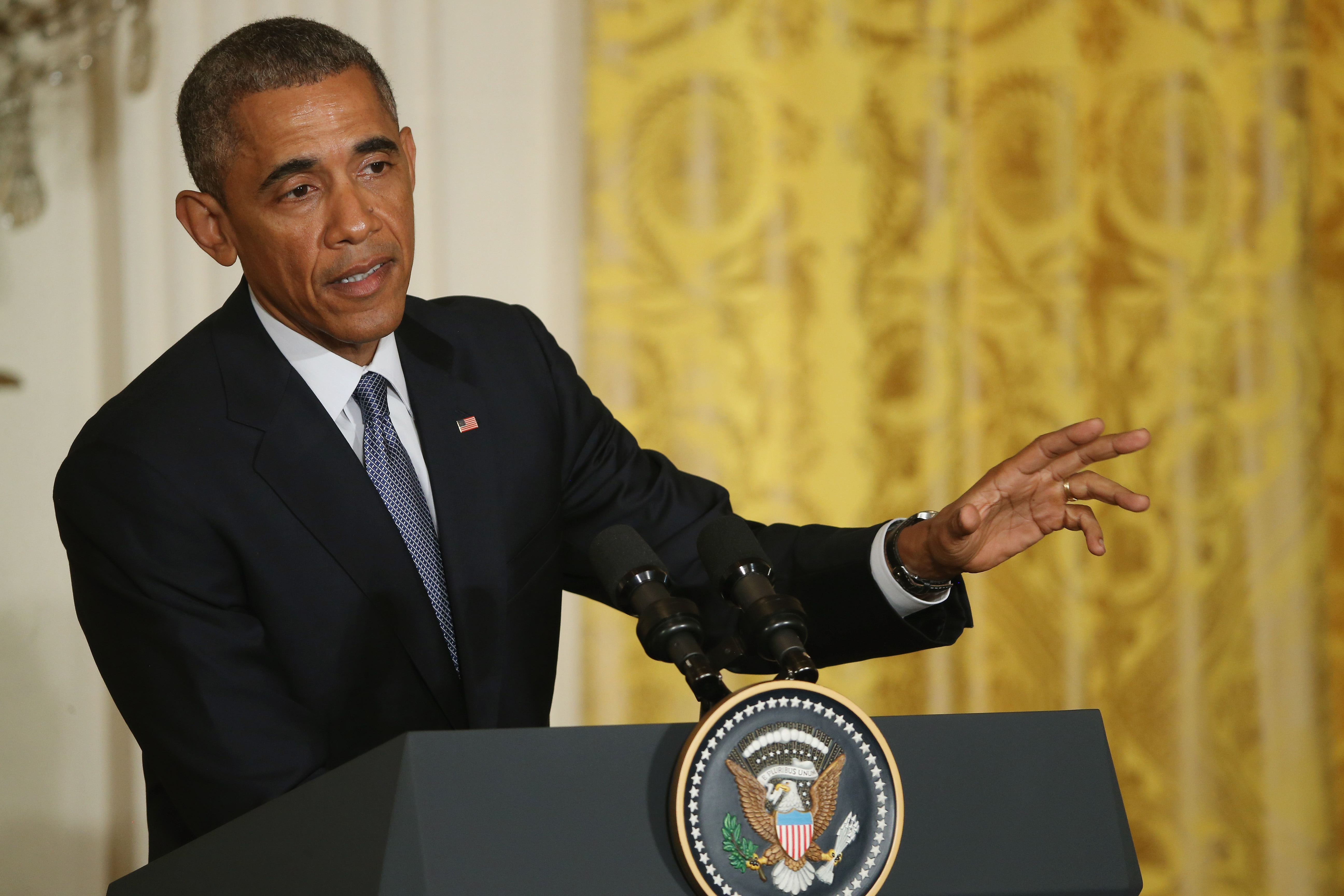 President Obama will ask Congress to hike capital gains taxes on wealthy Americans and impose a fee on large financial firms in Tuesday's State of the Union address, the White House announced Saturday.

The new taxes and fees, which the administration says will raise $320 billion over 10 years, would be used to finance $235 billion in new spending on community college tuition and targeted tax relief.

Senior administration officials said the proposals are designed to "raise wages and incomes for middle class families in the new economy" and that they'd "make the system more fair" by closing loopholes that primarily benefit top income-earners. Many Democrats have long sought higher taxes on capital gains, or income derived from investments, to make the tax code more progressive.

Of the estimated $320 billion in new revenue the president is seeking, $210 billion would come from a pair of adjustments to capital gains taxes. The first adjustment would close the so-called "trust fund loophole," a feature of the tax code that "lets the wealthy pass appreciated assets onto their heirs tax-free," according to the White House.

The second adjustment would raise capital gains taxes on the top 1 percent of income earners, currently at 15 percent, to 28 percent -- the same level it was at under former President Ronald Reagan, the White House is quick to point out.

An additional $110 billion would come from a new fee on highly leveraged financial services firms (firms bearing a heavy debt load) with more than $50 billion in assets. Roughly 100 firms would be targeted by the new fee, which a White House fact sheet argued would help "discourage excessive borrowing."

In return for those new taxes and fees, the president will ask Congress to set aside $60 billion to offer rebates to states that offer free community college tuition and an additional $175 billion in new tax benefits.

The president would offer a $500 second-earner tax credit that allows spouses in two-earner families to obtain a tax credit now available to the principle earner. That change could benefit 24 million couples.

And he'd offer a $2,500 tax credit for college students pursuing a full degree and consolidate the six federal college education tax benefits into only two. The tax credit could reach 8.5 million students and families, and the tax benefits through simplification could benefit 25 million families and students that claim those tax benefits, the White House estimates.

Finally, the president will also call for Congress to allow part-time workers to apply for and eventually receive retirement benefits through automatic enrollment in company-run savings plans. ‎This could benefit up to 30 million workers.

With the president's big speech looming, the White House is hoping the early announcement of the proposals could heighten the visibility of the address and gin up enthusiasm among groups sympathetic to his ideas.

"This is a clearer way for the president to present his vision," a senior administration official said Saturday.

Of course, the call to raise taxes on the wealthy and impose a fee on big financial institutions will likely go over like a lead balloon with Republicans, who now control both houses of Congress. The president has previously proposed hiking capital gains taxes, but the GOP has successfully thwarted any such action, arguing the move would discourage investment and put a crimp in economic growth.