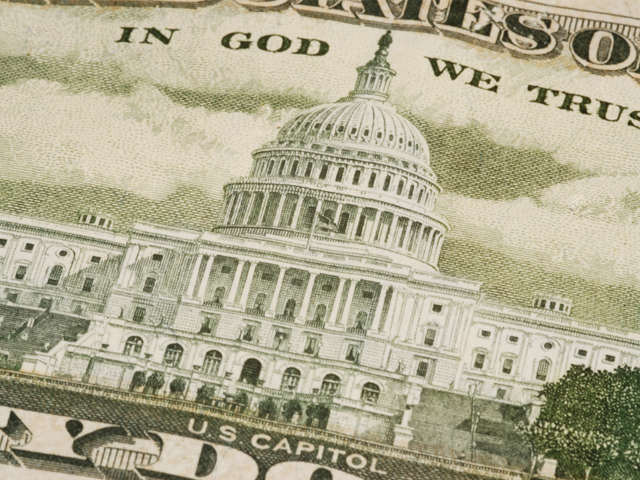 A senior administration official confirms President Obama's budget, to be delivered to Congress on April 10, will include a formal request to reduce cost-of-living increases to Social Security recipients if congressional Republicans agree to raise additional tax revenue.

Mr. Obama's proposal is part of a broader strategy to alleviate some of the pain linked to sequestration spending cuts as well as tackle some difficult politics on entitlement cuts. The linchpin, as it has been throughout budget talks in the Obama era of divided government, is whether Republicans will acquiesce to higher taxes. The prospects for this, based on recent GOP rhetoric, appear bleak.

Mr. Obama will also propose more infrastructure spending and additional outlays to fulfill his State of the Union call for free and universal pre-kindergarten education. Mr. Obama will seek higher cigarette taxes to finance the pre-kindergarten initiative. He raised cigarette taxes in his first month in office when he signed legislation to fund an expansion of the children's health insurance program.

"The president's budget to be presented on Wednesday will show how we can invest in the things we need to grow our economy, create jobs and strengthen the middle class while further reducing the deficit in a balanced way," the senior official said.

The cost-of-living change amounts to a potential flashpoint between Mr. Obama and House and Senate Democrats. Many have specifically raised the subject and their opposition to the idea in recent Capitol Hill encounters with Mr. Obama. It was not included in the Senate Democratic budget, which the White House supported.

The change in Social Security benefits would not affect the most elderly or impoverished beneficiaries, administration officials said. It would render less generous annual cost-of-living adjustments (known as COLAs).

This would occur through changing the inflation calculation to reflect what economists argue is a behavior of substitution -- consumers on fixed incomes buy less expensive substitute products when prices rise, meaning they can maintain a decent standard of living with a lower annual COLA. The main instrument of measuring inflation and its effects is the Consumer Price Index (CPI). The change is known in economic policy circles as "chained-CPI" or "superlative-CPI."

The outlines of Mr. Obama's budget were first reported by The New York Times.

Mr. Obama will seek $600 billion in additional tax revenue over 10 years and project additional deficit reduction of $1.8 trillion over the same 10-year period.

The main tax increase Mr. Obama will propose is limiting tax deductions claimed by wealthy taxpayers to 28 percent. This is a familiar Obama proposal and Democrats have generally viewed it with indifference.

Two other tax increases are new: a $3 million limit on the amount that can be placed in tax-free or tax-preferred retirement accounts. This would generate $9 billion over 10 years, according to administration estimates. Mr. Obama would also close a loophole that allows individuals to simultaneously collect full federal disability benefits and unemployment benefits. There was no administration projection of cost savings for this change, which the president discussed with House Speaker John Boehner in general terms during the 2012 fiscal cliff talks.

Mr. Obama's budget will also include $400 billion in proposed Medicare reductions derived primarily from cuts to doctors, hospital and drug companies. There will also be a proposal to increase payroll taxes on higher income earners.

Many of these proposals - including the CPI change - were included in a proposal Mr. Obama submitted to Boehner during the failed fiscal cliff talks that sought a comprehensive deficit reduction deal. In the end, income taxes on those earning more than $450,000 were increased, producing an estimated $600 billion in revenue over 10 years.

Boehner rejected Mr. Obama's proposal as insufficiently aggressive in terms of entitlement reform. Republicans prefer to reduce Medicare benefits to recipients and seek cost savings for Medicaid by transferring funds to the states in the form of block grants.

The official insisted Mr. Obama was taking some political risks and that Republicans were not being presented a budget buffet.

"The things like CPI that Republican leaders have pushed hard for will only be accepted if congressional Republicans are willing to do more on revenues," the official said. "This isn't about political horse trading; the president's offer -- which will be reflected in his budget -- isn't a menu of options for them to choose from."

Mr. Obama's budget arrives very late in the process, long after its traditional early February rollout and after the House and Senate have already passed vastly different budget outlines. The White House hopes enough of his budget could appeal to Senate Republicans to forge the so-called "grand bargain" on deficit reduction.

Mr. Obama will meet over dinner next week with Senate Republicans to discuss his new budget, as well as immigration and gun control legislation.

Boehner reacted to the president's proposal saying he's moving "in the wrong direction" on taxes and entitlement cuts.

"When the president visited the Capitol last month, House Republicans stated a desire to find common ground and urged him not to make savings we agree upon conditional on another round of tax increases," Boehner said in a statement.

"If the president believes these modest entitlement savings are needed to help shore up these programs, there's no reason they should be held hostage for more tax hikes. That's no way to lead and move the country forward."