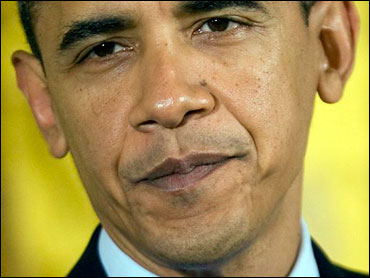 President Barack Obama was spending time with families of 9/11 victims and the 17 sailors killed in the bombing of the USS Cole after a senior Pentagon judge dropped charges against an al Qaeda suspect in the Cole attack being held at Guantanamo Bay.

Groups representing victims' families were angered by President Obama's order, charging they had waited too long already to see the alleged attackers brought to court.

Retired Navy Cmdr. Kirk S. Lippold, the commanding officer of the Norfolk, Va.-based Cole when it was bombed in Yemen in 2000, said he would be among family members of Cole and 9/11 victims who are meeting with Mr. Obama at the White House on Friday afternoon.

Pentagon spokesman Geoff Morrell said Crawford withdrew the charges against al-Nashiri. However, new charges could be brought again later, and al-Nashiri will remain in prison for the time being.

"It was her decision, but it reflects the fact that the president has issued an executive order which mandates that the military commissions be halted pending the outcome of several reviews of our operations down at Guantanamo," Morrell said.

Crawford's ruling also gives the White House time to review the legal cases of all 245 terror suspects held there and decide whether they should be prosecuted in the U.S. or released to other nations.

Seventeen U.S. sailors died on Oct. 12, 2000, when al Qaeda suicide bombers steered an explosives-laden boat into the Cole, a guided-missile destroyer, as it sat in a Yemen port.

The Pentagon last summer charged al-Nashiri, a Saudi Arabian, with "organizing and directing" the bombing and planned to seek the death penalty in the case.

In his Jan. 22 order, President Obama promised to shut down the Guantanamo prison within a year. The order also froze all Guantanamo detainee legal cases pending a three-month review as the Obama administration decides where - or whether - to prosecute the suspects who have been held there for years, most without charges.

Two military judges granted Mr. Obama's request for a delay in other cases.

But a third military judge, Army Col. James Pohl, defied President Obama's order by scheduling a Feb. 9 arraignment for al-Nashiri at Guantanamo. That left the decision on whether to continue to Crawford, whose delay on announcing what she would do prompted widespread concern at the Pentagon that she would refuse to follow orders and allow the court process to continue.

Crawford was appointed to her post in 2007 by then-President George W. Bush. She was in the news last month when she said interrogation methods used on one suspect at Guantanamo amounted to torture. The Bush administration had maintained it did not torture.

Last year, al-Nashiri said during a Guantanamo hearing that he confessed to helping plot the Cole bombing only because he was tortured by U.S. interrogators. The CIA has admitted he was among terrorist suspects subjected to waterboarding, which simulates drowning, in 2002 and 2003 while being interrogated in secret CIA prisons.