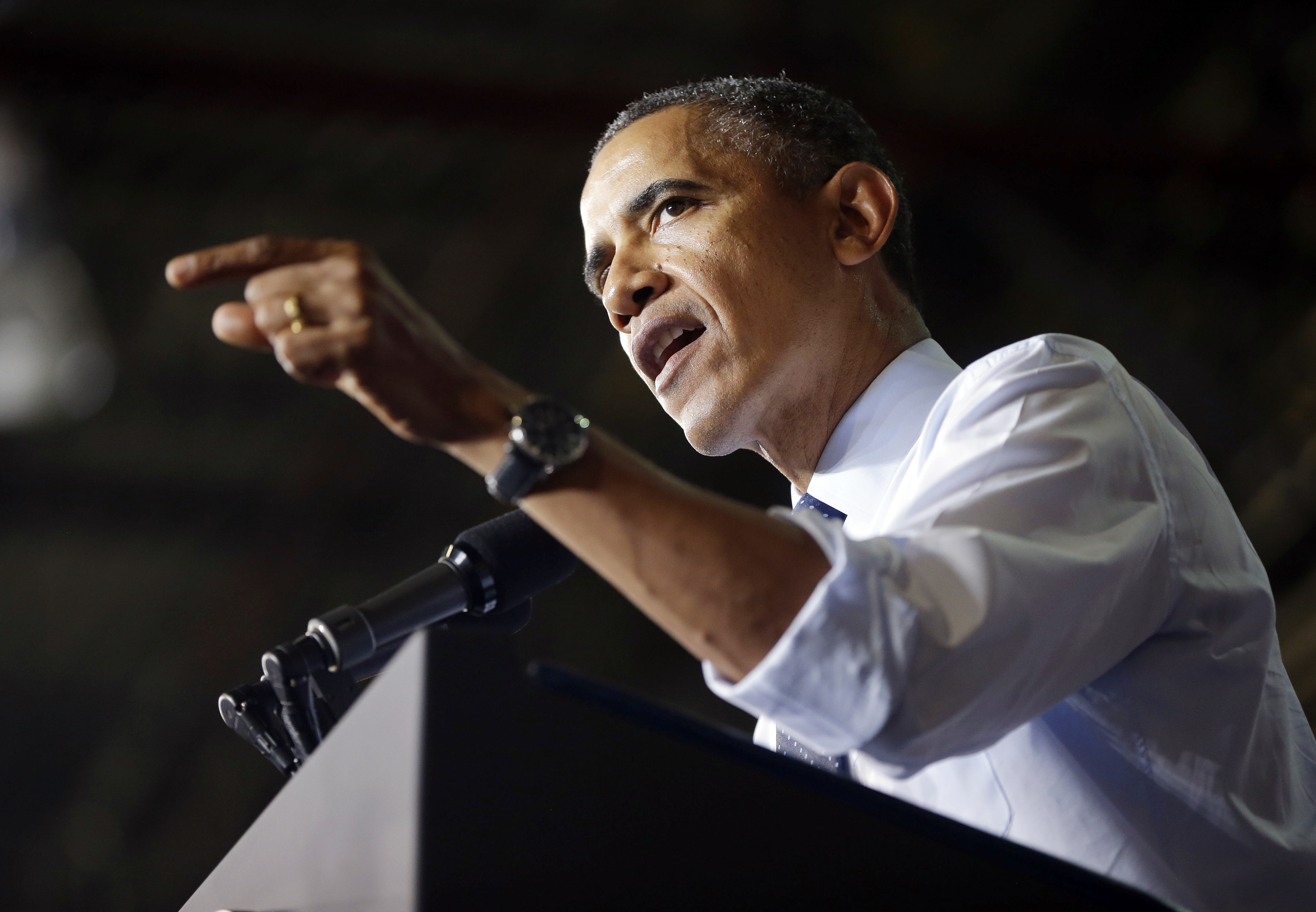 With a possible government shutdown over budget disputes looming in less than 10 days and the promise of an ugly fight over the government's borrowing limit roughly two weeks thereafter, President Obama continued pushing Congress to meet its upcoming fiscal deadlines with a minimum of drama on Saturday.

"And after five years spent digging out of crisis, the last thing we need is for Washington to manufacture another," he said in his weekly address. "But that's what will happen in the next few weeks if Congress doesn't meet two deadlines."

If Congress fails to pass a bill funding the government past Sept. 30, the president warned, "The government will shut down, and so will many services the American people expect. Military personnel, including those deployed overseas, won't get their paychecks on time. Federal loans for rural communities, small business owners and new homebuyers will be frozen. Critical research into life-saving discoveries and renewable energy will be immediately halted."

In addition, the president said, "Congress must authorize the treasury to pay America's bills" by raising the cap on the federal government's borrowing authority, known as the debt limit. Failure to do so, he warned, would allow the United States to "default on its obligations and put our entire economy at risk."

Mr. Obama welcomed an agreement on deficit reduction, noting that, by the end of 2013, deficits will have fallen by more than half since he took office in 2009.

"But reducing our deficits and debt isn't even what the current standoff in Congress is about," he said.

Instead, the president said, a "faction on the far right of the Republican Party" has decided to use the budget debate to force the government to defund Obamacare.

"Think about that," he said. "They'd actually plunge this country back into recession - all to deny the basic security of health care to millions of Americans."

The GOP-led House of Representatives passed a bill on Friday that would keep the government afloat through Dec. 15, but it would also deny funding for the health care reform law. Senate Majority Leader Harry Reid, D-Nev., has said any bill affecting the implementation of Obamacare is "dead" when it reaches the Senate, and the president has threatened to veto the bill as-is.

Over the protests of some vocal conservatives in the upper chamber, the Senate is likely to strip the language pertaining to Obamacare from the bill and send it back to the House mere days before a possible government shutdown.

And at that point, Mr. Obama said, Republicans need to recognize that de-funding Obamacare is "not happening."

"I will not allow anyone to harm this country's reputation, or threaten to inflict economic pain on millions of our own people, just to make an ideological point," he said. "We are running out of time to fix this. But we could fix it tomorrow. Both houses of Congress can take a simple vote to pay our bills on time, then work together to pass a budget on time."

Meanwhile, as the partisan fight over the budget careens toward an uncertain finish in Washington, Gov. Brian Sandoval, R-Nev., delivered the weekly GOP address on Saturday to highlight the economic progress Nevada has made in recent years, saying D.C. should take note.

"No state had been hit harder than Nevada" by the great recession, Sandoval said, crediting spending cuts and a regulatory freeze with much of the progress that has been made in digging the state out of its hole.

""When it comes to growing jobs, it is my responsibility to leave no stone unturned when it comes to getting Nevada working again," he said. "Can you just imagine what our economy would look like today if Washington would just take that approach?"

"Despite having a politically divided government, in the last two years, Nevada has been able to accomplish much," he said, "in large part because we sit down, put partisanship aside, talk through our disagreements and find common ground."

Still, Sandoval added, it helps that his state is led by a Republican.

"It's no accident that the fastest growing states with the best economies are all led by Republican governors," he said. "These states differ geographically, economically, and even politically, but our ideas have and continue to work. Our founding fathers got it right. Free enterprise and limited government have made, and will continue to make, this country great."