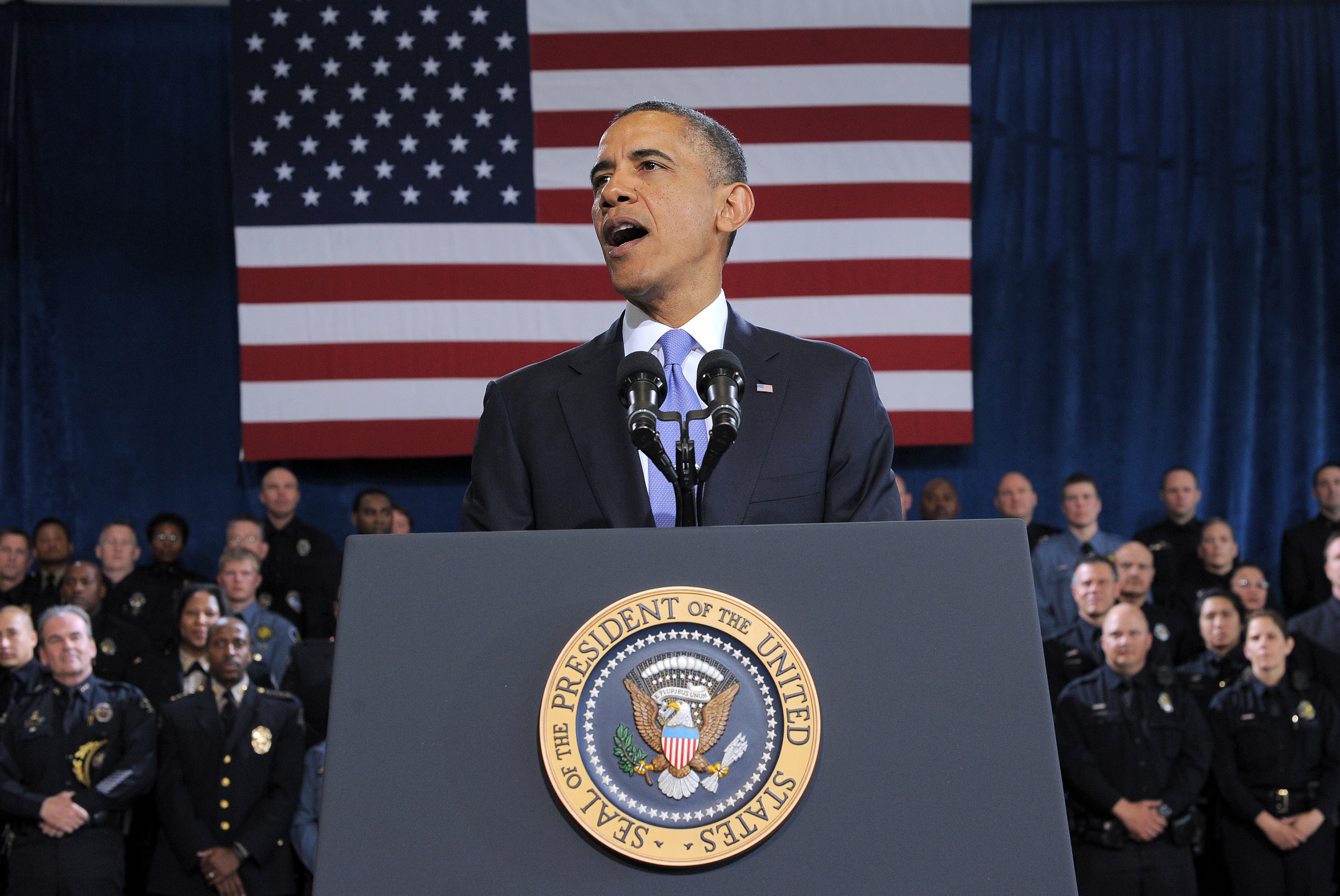 As he continues to press for Congress to pass a series of measures to reduce gun violence, President Obama on Wednesday traveled to Colorado -- a state that's passed its own gun reforms after suffering from two of the nation's worst mass shootings.

"Colorado is proving a model of what's possible," Mr. Obama said at the Denver Police Academy.

The president noted that more than 100 days have passed since the tragic shooting in Newtown, Conn., that spurred the national debate over reducing gun violence. Since then, more than 2,000 more Americans have been killed in gun violence.

"There's a strong tradition of gun ownership handed down from generation to generation, and it's part of the fabric of people's lives," he said. "I'm here because I believe there doesn't have to be a conflict in reconciling these realities... between protecting our citizens and protecting our Second Amendment rights."

Mr. Obama met today with Denver law officials and community leaders to discuss the measures. On Monday, he travels to Connecticut, where state lawmakers are considering their own reforms.

"Part of the reason it's so hard to get this done is because both sides of the debate sometimes don't listen to each other," the president said today. "Sometimes we're so divided between rural and urban folks -- [people] who hunting is part of their lives and folks whose only experience with guns is street crime -- and the two sides talk past each other. More than anything what I want to emphasize there are good people on both sides of this thing... If we start listening to each other, then we should be able to get something done that's constructive."