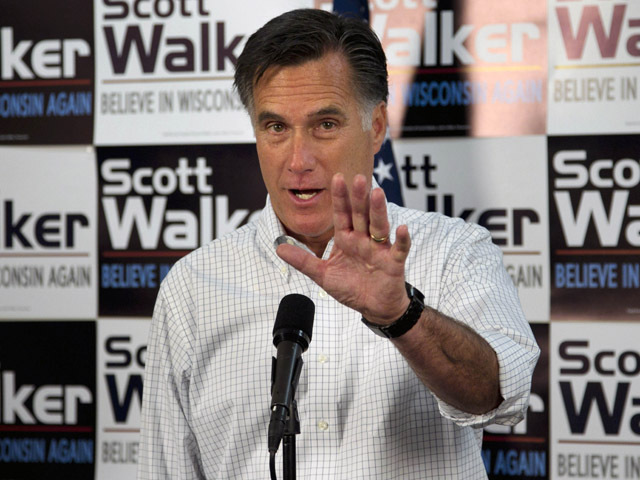 Amid continued Democratic charges that Republicans are waging a "war against women," President Obama's re-election campaign is zeroing in on Mitt Romney for allying with Republican Gov. Scott Walker of Wisconsin -- who just repealed an employment discrimination law.

Walker, the highly-polarizing governor who's facing a recall election this summer, signed a bill on Thursday limiting the legal recourse for victims of employment discrimination. The measure was one of several bills Walker signed Thursday that Democrats cast as hostile to women.

Wisconsin is expected to be competitive in this year's presidential election, especially in light of the current political environment there. The recall election against Walker has mobilized partisans from both sides.

Last week, ahead of Wisconsin's Republican primary, Romney repeatedly noted his support for Walker. While visiting a pro-Walker phone banking operation in Fitchburg, Wisconsin, Romney called Walker "an extraordinary man" whose "convictions are focused on the interests of the people of Wisconsin."

Today, Obama campaign spokeswoman Lis Smith said in a statement that the bill Walker signed Thursday "showed how far Republicans are willing to go to undermine not only women's health care, but also their economic security."

"Mitt Romney has repeatedly dismissed the effect of Republican efforts to roll back access to contraception and other health care services on the women's vote, saying that he would appeal to women by talking about their economic concerns," Smith continued. "If this is the case does Romney think women should have ability to take their bosses to court to get the same pay as their male coworkers? Or does he stand with Governor Walker against this?"

The Romney campaign did not respond immediately to a request for comment.

Romney's alliance with Walker ahead of the primary -- whichRomney won -- wasn't surprising, given Walker's strong approval rating among Wisconsin Republicans. The relationship may become more complicated, however, heading into the general election.

While Mr. Obama's re-election campaign was slamming the Walker-Romney alliance, Mr. Obama today touted the pro-woman agenda at a White House forum on women and the economy.