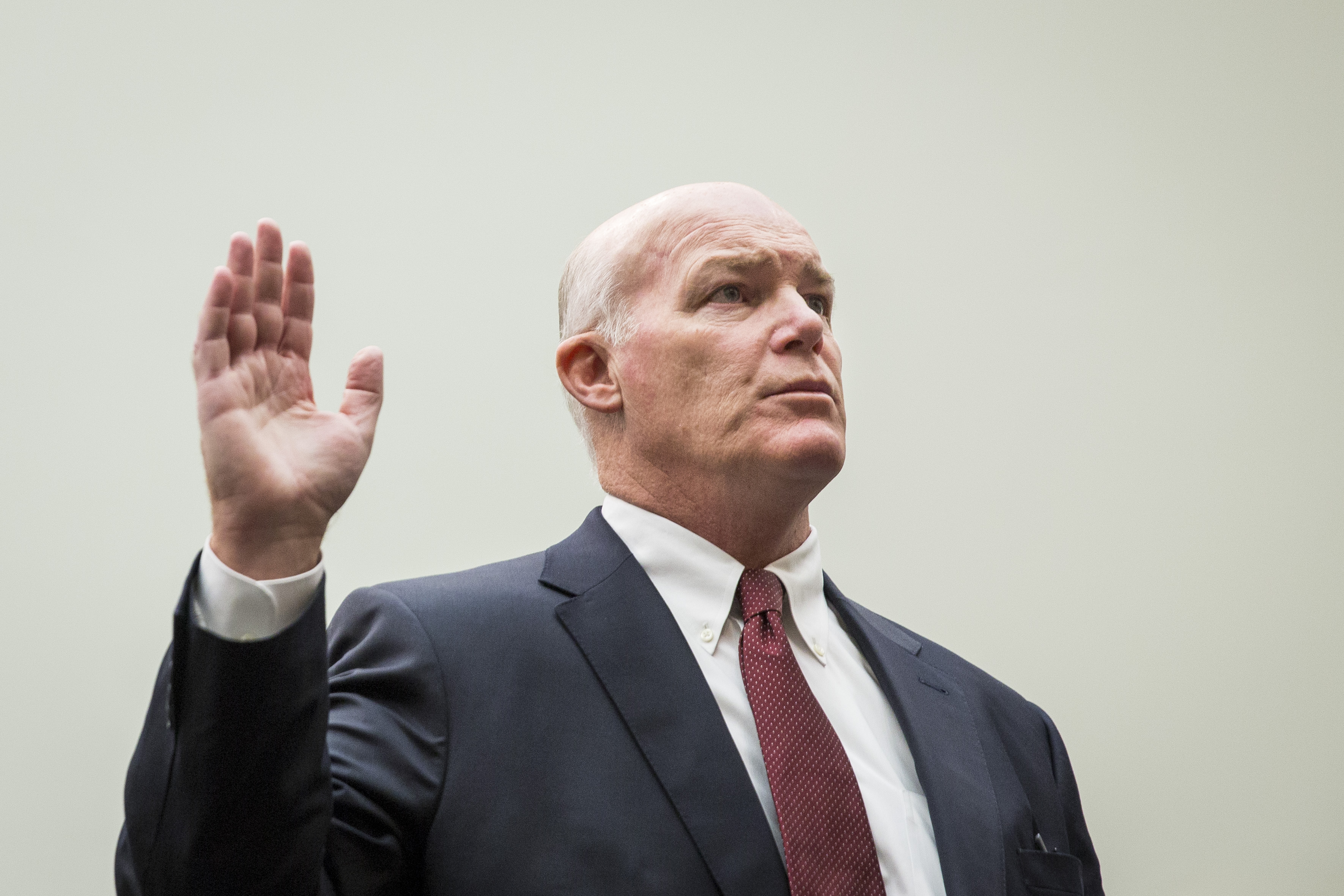 President Obama will appoint Joseph Clancy, currently the acting director of the Secret Service, to lead the embattled agency on a permanent basis, the White House announced Wednesday.

The news, first reported by the New York Times, immediately drew divided reactions from Congress, which has been investigating the Secret Service in the wake of a series of high-profile security breaches in recent years.

House Oversight Committee chairman Jason Chaffetz, R-Utah, criticized the president for not heeding the advice of a Department of Homeland Security panel, which urged the president last December to put an outsider in charge of the agency as it seeks to regain its footing.

"The panel made it crystal clear that only a director from outside the agency would meet the needs of the agency today - someone with a fresh perspective, free from allegiances and without ties to what has consistently been described as a 'good old boys network,'" Chaffetz said in a statement. "The good men and women of the Secret Service are screaming for a fresh start."

Clancy enjoyed a long career at the Secret Service, including several years as the head of the president's protective division, before he retired in 2011. He was pulled out of retirement last year and tapped as the agency's interim leader after the resignation of then-Director Julia Pierson.

Pierson resigned last October after a man jumped the White House fence in September and made his way all the way into the executive mansion before being apprehended by agents. A probe of the incident revealed a raft of troubling communication and security errors, and confidence in the agency took a nosedive. The episode followed several other security lapses, including an incident earlier last September in which an armed security contractor was allowed on an elevator with President Obama during a visit to Atlanta.

Still, Chaffetz said he appreciated "how available" Clancy has made himself as lawmakers investigate the agency, and he praised the work the director has already done to implement many of the DHS panel's recommendations.

Rep. Elijah Cummings, D-Maryland, the top Democrat on the oversight committee, offered his full support for Clancy's appointment in a statement.

"Joe Clancy has taken strong action over the past several months to begin righting the ship at the Secret Service, he has been extremely responsive to Congress, and his decisive leadership has already resulted in major changes," Cummings said. "I look forward to working with him closely over the next year to ensure that the Secret Service gets what it needs to fulfill its critical mission."