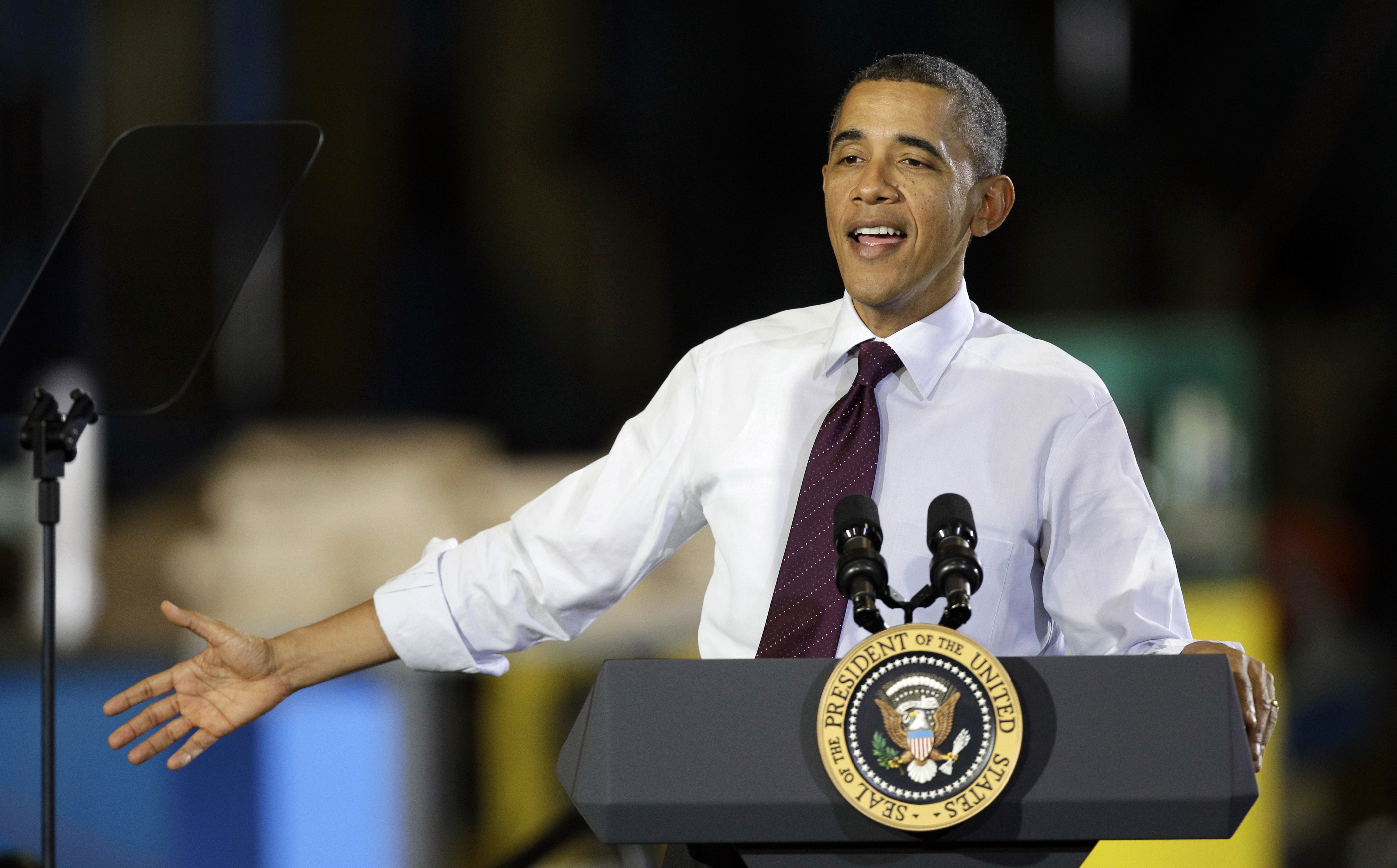 President Obama on Wednesday brought his State of the Union message to the American people, embarking on what appears to be a campaign roadshow to promote his re-election push for economic fairness in America.

Speaking at the family-owned company Conveyor Engineering & Manufacturing in Cedar Rapids, Iowa, the president outlined his "blueprint" for creating an American economy "built to last," and emphasized the need for government-established rules aimed at preventing another economic crisis.

Still, he noted, "After everything that's happened, there are people in Washington who seem to have collective amnesia. They seem to have forgotten how we got into this mess. They want to go back to the very same policies that got us into it, the same policies that have stacked the deck against middle-class Americans for years."

Those people, he said, seem to abide by the economic philosophy that "we're better off when everyone is left to fend for themselves and everybody can play by their own rules."

"I am here to say they are wrong," Mr. Obama said, to applause from the audience. "We're not going to go back to an economy weakened by outsourcing, bad debt, and phony financial profits. That's not how America was built."

The president reiterated his plan from Tuesday's speech to strengthen America's manufacturing sector and provide incentives for companies who hire workers in the United States instead of overseas. He touted recent growth in the auto industry as a model that should be applied to others.

He touted the importance of implementing a tax overhaul that would protect both middle-class earners and small businesses.

"Right now, companies get all kinds of tax breaks when they move jobs and profits overseas. Think about that. A company that chooses to stay in America gets hit with one of the highest tax rates in the world," he said. "That's wrong. It doesn't make sense. We've got to stop rewarding businesses that ship jobs overseas."

He also reiterated his call for Congress pass a year-long extension of the payroll tax cut, as well as to implement the so-called "Buffett rule," which would implement a tax overhaul requiring that capital gains and dividends be taxed at the same rate as income earned from work. (According to a new CBS News/New York Times poll, most Americans agree with the concept of the "Buffett rule.")

"A quarter of all millionaires pay lower tax rates than millions of middle-class households. Warren Buffett pays a lower tax rate than his secretary," he said. "Does that make any sense to you? Do we want to keep these tax cuts for folks like me who don't need them?"

He said he knows "nobody likes paying taxes" and that if the economic situation were stronger, he'd understand trying to "let millionaires keep their every last dime."

"But that's not the situation we're in," he said. "Do we want to keep investing in everything that's important to our long-term growth? ... Or do we keep these tax cuts for folks who don't need tjem and weren't even asking for them. Because we can't do both. You've got to choose."

The president dismissed the notion that such an overhaul to the tax code amounted to "class warfare."

Asking a billionaire to pay as much as his secretary in taxes, he said, was just "common sense."

"We don't begrudge success in America," Mr. Obama said. He said it was merely time to "be responsible. "

"Now it's our turn to leave an America that's built to last. And I think we can do it," he said. "This country only exists because generations of Americans worked together, and looked out for each other, and believed that we're stronger when we rise together."

"Those are American values; those are the values we have to return to," he continued. "If we work together and in common purpose, we can build an econ that gives everybody a fair shot we can meet this challenge."