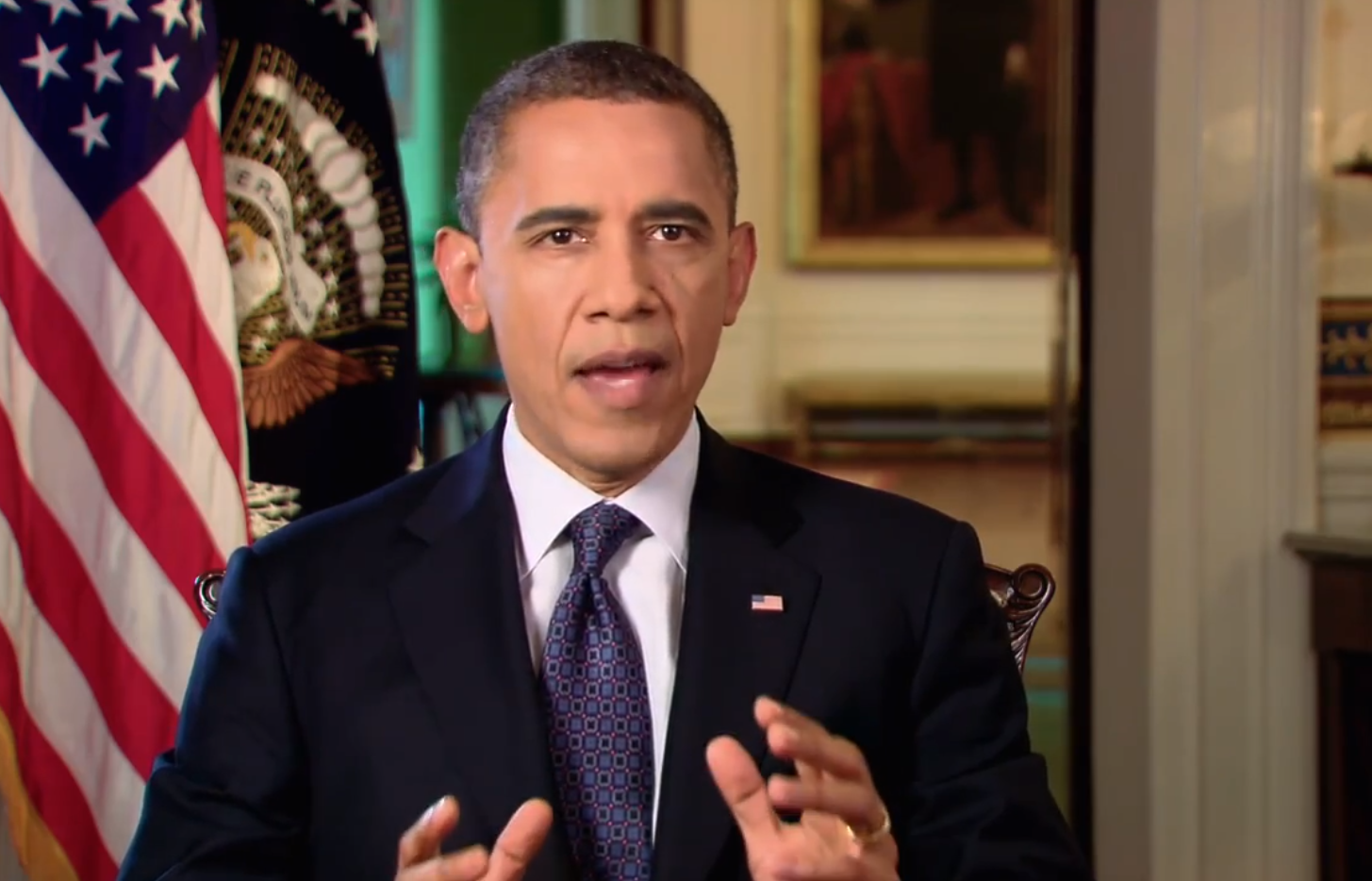 Recycling a message that has driven his weekly addresses for more than a month, President Obama on Saturday again faulted Republicans in Congress for "banding together" and blocking legislation that would allow homeowners to refinance their mortgages at lower rates.

"One of the heaviest drags on our recovery is getting lighter," the president said, noting that "construction workers are breaking ground on new homes in America at the fastest pace in more than four years. At the same time, more homes are being sold. Home values are back on the rise. And foreclosure filings are at their lowest point in the five years since the housing bubble burst and left millions of responsible families holding the bag."

Crediting his administration with "taking action to help millions of Americans stay in their homes," Mr. Obama celebrated the $25 billion settlement from the biggest banks whose practices "caused this mess," and said he's been able to help hundreds of thousands of responsible homeowners take advantage of historically low rates by refinancing their mortgages.

"I never believed that the best way to deal with the housing market was to just sit back, do nothing, and simply wait for things to hit bottom," he said. "That would have been a disaster for all the responsible families who - through no fault of their own - were struggling to make ends meet."

Now, the president continued, he wants "every homeowner in America" to have the chance to refinance their mortgages. "I just wish it didn't require an act of Congress," he said. A plan he sent to the Hill in February - "a no-brainer that should have passed easily," he said - would offer homeowners the chance to refinance and save $3,000 a year on their mortgage payments.

"Let's be honest: Republicans in Congress won't act on this plan before the election," Mr. Obama concluded. "But maybe they'll come to their senses afterward, if you give them a push."

Delivering the GOP response, though, Rep. Jeff Flake, R-Ariz., seized on a new report that the Obama administration will post a $1.1 trillion deficit for the 2012 fiscal year, and cited a 10 percent dip in home values over the past few years as what "we have to show for this prolonged and record-setting federal spending."

A candidate for the U.S. Senate in Arizona, Flake pointed to his state as being a "microcosm for regulatory overreaches." Policies "forcing state and local governments to shell out precious dollars, just to get off the regulatory hook for dust storms they can't prevent or control," he said, indicate "no end to the regulatory appetite of this administration."

Flake, who endorsed Mitt Romney last year, concluded: "It is my hope that the recess from fiscal sanity that the last four years have represented is over. As bad as our fiscal challenges are, it's not too late. The bell has rung and it is time for us to get to work."