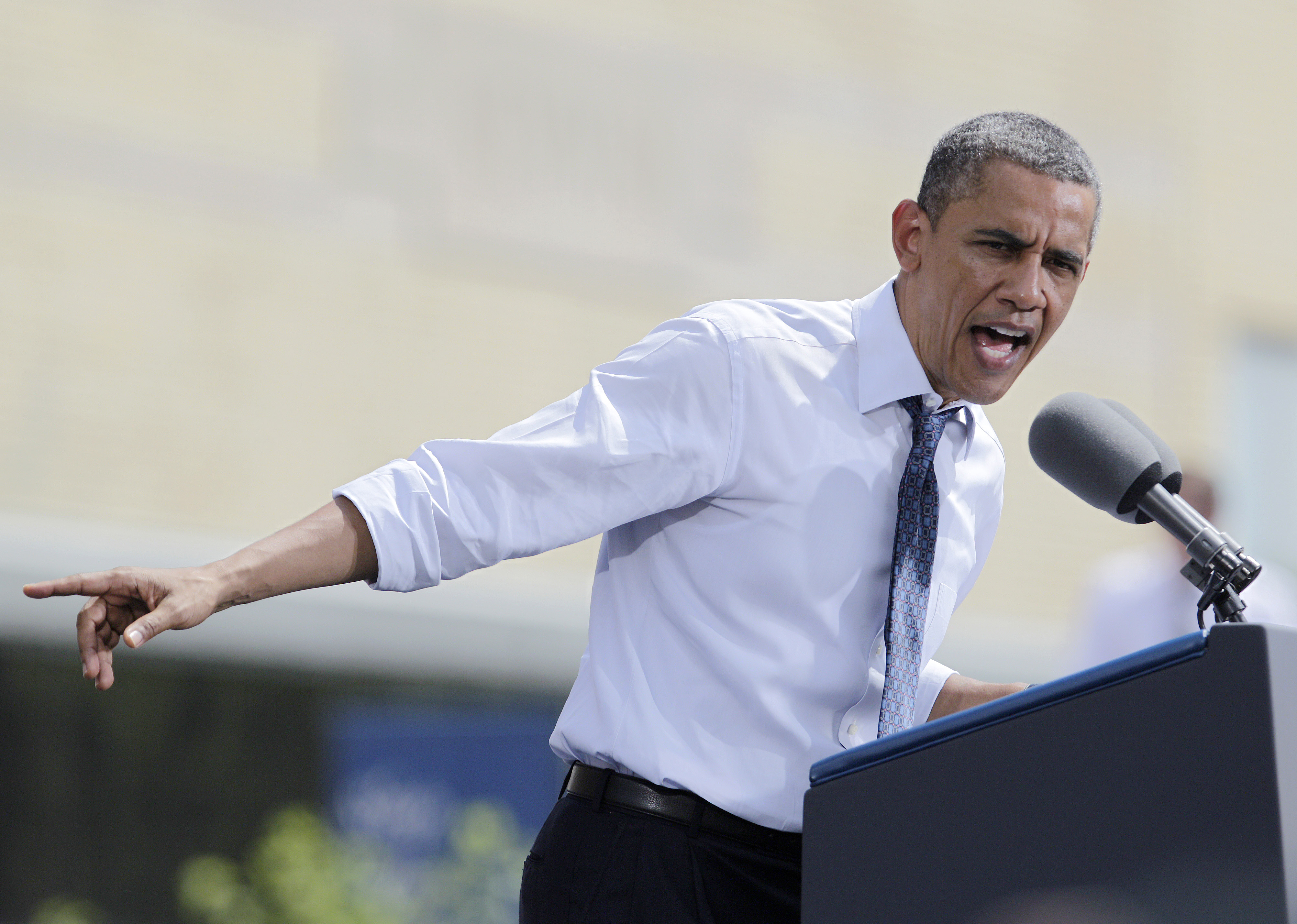 (CBS News) Continuing to color Mitt Romney as an ally to the rich at the expense of the middle class, President Obama said during a Mansfield, Ohio, campaign stop Wednesday that the presumptive GOP nominee is "asking you to pay more so that people like him can get a tax cut."

Jumping at the chance to tout a new study by the Tax Policy Center concluding Romney's promise to deliver a revenue-neutral tax plan would result in massive tax cuts for the wealthy, the president told audience members in the critical swing state they don't "have to take my word for it" that middle- and lower-income households would bear the burden of these tax cuts under Romney's plan.

"The centerpiece of my opponent's entire economic plan is a new, $5 trillion tax cut," Mr. Obama said to jeers in the crowd. "A lot of this tax cut would go to the wealthiest 1 percent of all households. Folks making more than $3 million a year - the top one-tenth of 1 percent - would get a tax cut worth almost a quarter of a million dollars - a quarter of a million dollars!

"But it gets worse - under my opponent's plan, guess who gets the bill for these $250,000 tax cuts? You do," the president continued. He called on "people like me and Mr. Romney" to return to the rates they paid under the Clinton administration, "when our economy created 23 million new jobs and a budget surplus, and it created a lot of millionaires."

Wednesday's speech was the latest in a series of attacks the president has launched against Romney's proposed handling of the economy. Late Tuesday night, the Obama campaign put out a new TV ad in key battleground states titled "Worried," contrasting Romney's budget plan with his own, which the White House Office of Management and Budget has said would cut the deficit by more than $4 trillion over 10 years.

A new Quinnipiac University/CBS News/New York Times poll released earlier in the day showed the attacks may be resonating in key swing states - Ohio included - where voters view the president as far more in-tune with their problems than Romney.

"That's what this campaign is about, Ohio, and why I'm running for a second term as president," Mr. Obama said, a message he reiterated later in the day in Akron, Ohio. But while his thesis centers on America's "stark choice" between his and Romney's economic visions, the president took a moment Wednesday to thank U.S. Olympians, including swimmer Michael Phelps and the women's gymnastics team, for providing something the entire nation can get behind.

"The wonderful thing about the Olympics," he said, "is it reminds us that for all our differences, when it comes down to our country, we're Americans first."

Omicron: What we know - and don't know - about the new COVID variant
Lindsey Boerma