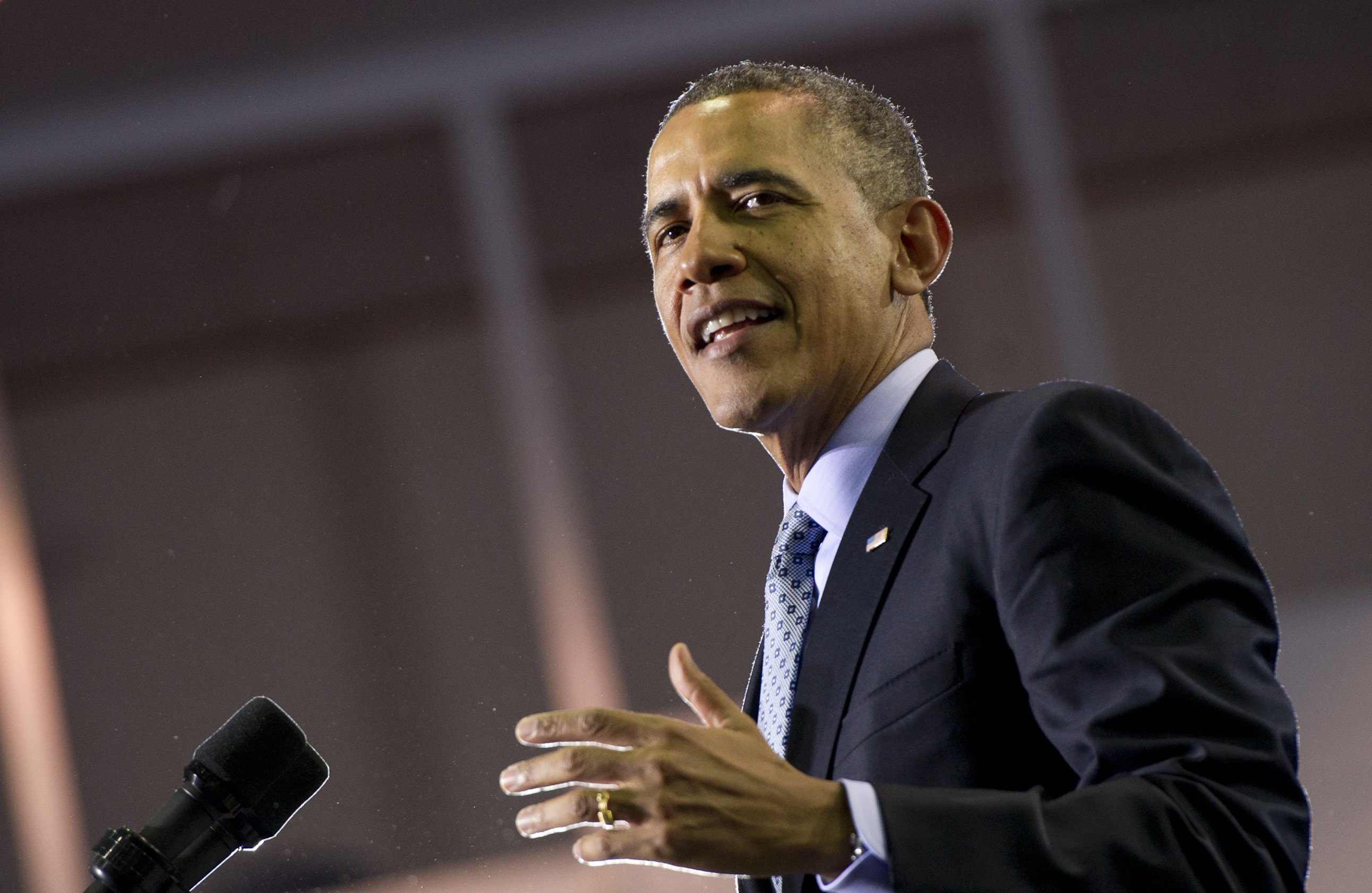 President Obama on Wednesday entreated Congress to raise the federal minimum wage, declaring, "This is not about politics -- this is about common sense, it's about business sense."

"What every American wants is a paycheck that lets them support their families... and pass down some hope and optimism to their kids," the president said to an enthusiastic crowd at Central Connecticut State University. He was joined by a group of Democratic northeastern governors, including Connecticut Gov. Dannel Malloy, who back President Obama's call for Congress to raise the minimum wage from $7.25 an hour to $10.10.

Mr. Obama noted he's already signed an executive order requiring federal contractors to pay their employees at least $10.10 an hour, has encouraged state officials to raise their own minimum wages, and has encouraged businesses to pay wages above the federal minimum.

"If we're going to finish the job, Congress has to get on board," he said. Acknowledging Republican opposition to the proposal, Mr. Obama said, "I don't know if that's just because I proposed it -- maybe I should say I oppose raising the minimum wage."

Before arriving at Central Connecticut State University, the president and the governors stopped at the nearby Cafe Beauregard, a restaurant that pays its employees at least $10 an hour.

"We were just talking to the owners of this establishment who pay their employees more than the minimum wage because, as the owner put it, he knows what it's like to work all his life and he understands that if people are working hard, they shouldn't be in poverty and that we should be able to do everything we can to make sure that happens," the president said at the restaurant.

It's unclear whether the push to raise the minimum wage will go anywhere in Congress. The Democratic-led Senate will take it up in late March at the earliest, while the GOP-led House so far has no plans to vote on it. Given the GOP resistance, the president and his party have made the minimum wage a prime issue ahead of the midterm elections.

While Mr. Obama's remarks within the university were greeted by cheers of support, dozens of protesters were outside of the venue to bring attention to more controversial issues. At least two people held what appeared to be large Ukrainian flags.

Other protesters held signs that dealt with immigration. "Stop Deportation," read one sign. Another said, "Obama. Don't deport my mama."