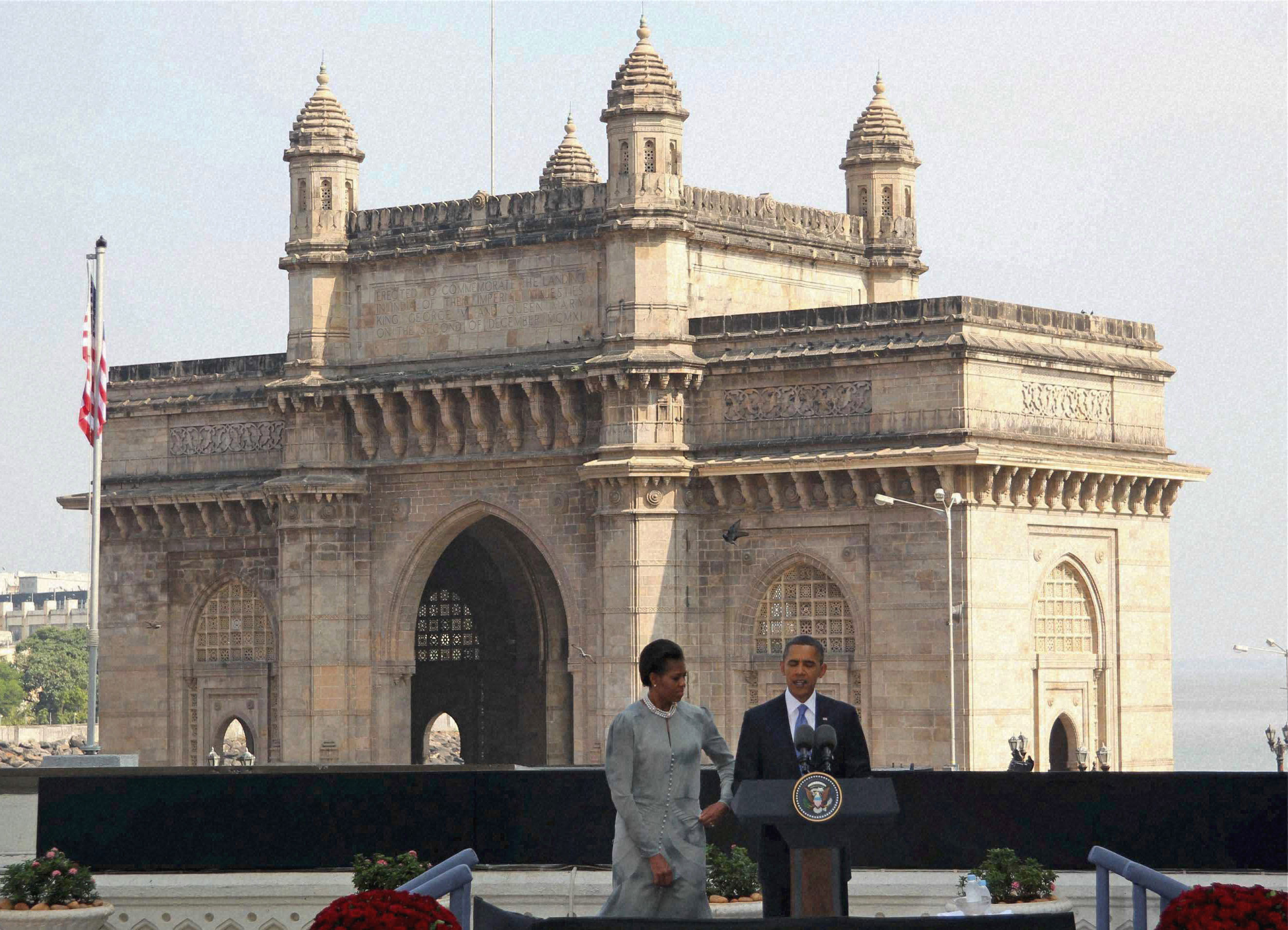 MUMBAI -- President Obama travels from Mumbai to New Delhi Sunday to pursue his campaign for improved cooperation between the U.S. and India on trade and economic issues. He has used a series of appearances to describe the relationship as a "win-win" for both countries.

He said, "No country represents that promise of a strong and vibrant commercial relationship more acutely than India." But his message included some blunt talk. He reminded a business audience that many Americans' image of India is often based on call centers and out sourced U.S. Jobs. He also acknowledged many Indians have their own fears about an invasion of American companies and products into their country's business traditions. Mr. Obama said it's time to erase those stereotypes.

Even before a midterm election dominated by concerns about stubborn unemployment, the image-conscious Obama White House designed this trip as a job-generator. As the administration sought "deliverables," it packaged a series of trade deals, including many that were already in the pipeline. The White House said the agreements dominated by aircraft sales would create about 54,000 jobs at home. Any improvement in the dismal jobs picture is welcome but economists have estimated it will take 300,000 new jobs each month to have an impact on an unemployment rate hovering around ten percent.

Much of the president's message is aimed at the domestic audience still adjusting to the new political reality that saw Mr. Obama and his party suffer devastating losses. The political setback is obviously never far from the president's thoughts. In a Mumbai speech, he praised, "the most effective form of government the world has ever known: democracy...even if sometimes the election doesn't turn out as you'd like." There was polite laughter among the Indian and American business leaders in the audience.

Many Indians are keenly aware of the impact of the elections. Appearing on CBS Radio, leading Indian newspaper columnist Anil Dharker said Mr. Obama, "is not quite a lame duck president but his position is definitely weakened. All ambitious plans that he had, he'll have to tone down to take care of all the criticism he's getting." The White House hopes the scope of the presidential trip to India, Indonesia, South Korea and Japan will stand as a rejection to that view. Dharker said he has no concerns that the president will turn inward. The commentator said, "American isolationism is a thing of the past. I don't think America can afford to do that." Dharker noted, "There's an appreciation of India's position as the biggest democracy in the world in America and an appreciation in India that America matters a great deal."

President Obama will emphasize that exact message as he opens talks in New Delhi with Indian Prime Minister Manmohan Singh.

Mr. Obama is also taking time to see Indian historic and cultural sites. In the Indian capital, he will visit the tomb of Emperor Humayun and he will lay a wreath at Raj Ghat, the memorial to Mahatma Gandhi.

But the tight protective bubble prevents the president from seeing the stark contrasts of India. It was unclear if quick helicopter flights and speeding motorcades allowed him to see the flashy office buildings and expensive luxury apartments that loom over the squalor and misery of massive slums.

A scene spotted from the White House media bus symbolized the social and economic chasm between the haves and the millions and millions of have-nots in India. A billboard showing an attractive model proclaiming eight percent home loan rates looked down on four young children sleeping on a cardboard "bed" on a grimy city sidewalk at the edge of a street shrouded in pollution.

Obama Announces $10B in Trade Deals With India